Turkmenistan’s troubles are visible from space. This and more in our weekly bulletin on Central Asia's hermit kingdom. 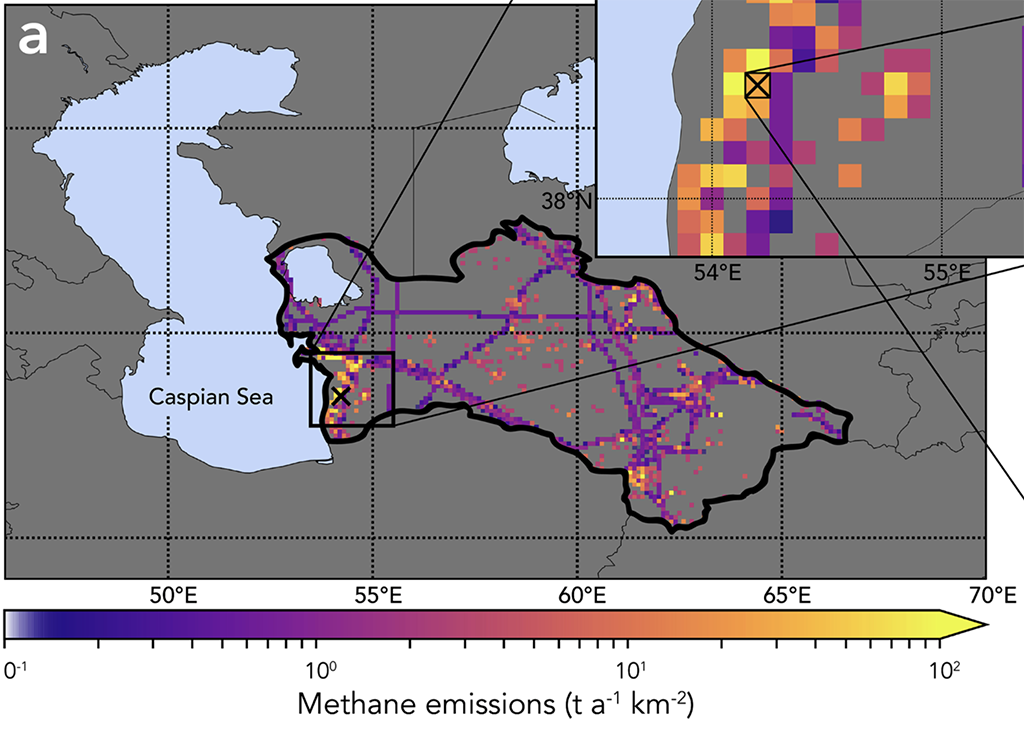 Such was the disdain that Turkmenistan’s late dictator, Saparmurat Niyazov, had for outside cultural influences that he decreed in 2001 that opera should be banned.

On November 19, the artform made a return to Ashgabat, thanks to a joint Italian-Turkmen staging of Ruggero Leoncavallo’s 19th-century opera Pagliacci. Numerous Turkmen performers were in the cast, including baritone Aman Amanov, who reprised the same role he performed in the last opera that Ashgabat saw almost 19 years before.

It would be rash to read this as a sign of Turkmenistan opening to the world, however.

Yet another useful resource of information has purportedly been stemmed for internet users. Amsterdam-based website Turkmen.news reported that Wikipedia, the free online encyclopedia, has been blocked as of this month. According to the outlet’s sources, the block came after an update effected earlier this month on the Russian-language page devoted to President Gurbanguly Berdymukhamedov. The edit, apparently made to a section titled “Personality and Views,” is based heavily on a leaked U.S. State Department cable from 2009 in which Berdymukhamedov was described as “vain, suspicious, guarded, strict, very conservative, a practiced liar, ‘a good actor,’ and vindictive.”

If anything, it is a little surprising Wikipedia was available until now. As the Committee to Protect Journalists found in a project published in September about the world’s 10 most censored countries – in which Turkmenistan came third after only Eritrea and North Korea – the government does not just block websites, it also “bans the use of VPNs and other anonymizing tools.”

In its apparent desire to erect a digital firewall around itself, Turkmenistan in 2015 had Thales Alenia Space build and launch a satellite that was to provide the country with its telecommunication needs. The satellite, which is called TurkmenAlem 52°E, was launched with much fanfare onboard a Falcon 9 vehicle operated by Elon Musk’s SpaceX company.

Last week, Bayramgeldi Ovezov, who has since October served as the deputy prime minister with the portfolio for transportation, communications and industry, announced that there are plans afoot for another Turkmen satellite. This craft will be used to monitor the surface of the earth, according to reports on a briefing from Ovezov. It is not yet known who would be tasked with building and launching the craft on this occasion.

That satellite could certainly pay dividends if put to use for its stated goal.

In a report published on November 22, GHGSat Inc, a Montreal-based company that uses satellite technology to remotely sense greenhouse gases, revealed that it had detected “anomalously large and persistent methane sources” near the Korpezhe oil and gas field in western Turkmenistan. A giant leak, in other words. GHGSat Inc does not claim to be able to offer a definitive cause for this environmentally harmful emission, which has been calculated as being “equivalent to the fumes of a million cars,” but it hypothesizes that the malfunction of a pipeline valve may be to blame.

A blinkered cynic might wish to quip that Turkmenistan has not seen such a wasteful release of hot air since the time when, in August, Berdymukhamedov delivered a record-setting 35-minute lecture about the environment to a room of 3,000 people.

It is not known if Berdymukhamedov has been apprised of these findings, which have been shared with the Turkmen government, but even without this news, he has had ample grounds on which to drag his oil and gas officials over the coals.

Appearing to contradict the normally rosy updates on production targets being met, Berdymukhamedov was cited by TDH state news agency as saying during a November 19 meeting that output efficiency in the hydrocarbon industry has decreased in the past few years. He complained that not enough petroleum products are reaching the international market; that too little is being done to attract foreign investment into Caspian offshore fields; and that modern technology intended to increase output is being poorly utilized.

Once again, Berdymukhamedov spoke about the vital importance of the Turkmenistan-Afghanistan-Pakistan-India gas pipeline, better known as TAPI, and demanded the acceleration of work to complete the Turkmen section of the 1,800-kilometer route. Confused watchers of this undertaking no longer know what to make of it all. Ashgabat claimed at one point to have begun building its 214-kilometer portion in 2015. In February 2018, the head of the Turkmen company leading the whole project even claimed the work was done.

Just to make matters worse, Pakistan now appears set to start demanding a new price for the gas it would buy through TAPI, should it ever actually be built. Karachi-based daily Business Recorder has cited what it described as well-informed sources to report that the Pakistani government wants to review the terms of the gas sale and purchase agreement signed in 2012 between Turkmengaz and Pakistan’s Inter State Gas Systems Limited. Under that deal, Pakistan was to be supplied with 1.3 billion cubic feet per day at an undisclosed price. Islamabad appears to contend that gas prices have become more competitive since the agreement was reached.

In more evidence that Berdymukhamedov has overcome his aversion to foreign travel, the president is set to pop over to neighboring Uzbekistan on November 28. During the working visit, he will meet with his Uzbek counterpart, Shavkat Mirziyoyev, to discuss trade, economic affairs and transportation. In the interests of promoting those and other areas of shared interest, a joint Turkmen-Uzbek intergovernmental commission has been instituted. If Ashgabat is beginning to recognize the economic costs of its self-imposed isolation – and it is questionable that it has – tentative regional initiatives may be where to detect signals of a shift.

Back at home, one fresh worry is rotund law enforcers. RFE/RL’s Turkmen service, Radio Azatlyk, has reported that Interior Ministry employees undergoing re-certification have been warned against being found to weigh more than 100 kilograms. Officers in Ashgabat and the Mary and Lebap provinces found in violation have supposedly been given until December 25 to shed the extra weight or face dismissal. Azatlyk cites its sources as saying that this all stems from the fact that the Interior Minister "does not like fat policemen."