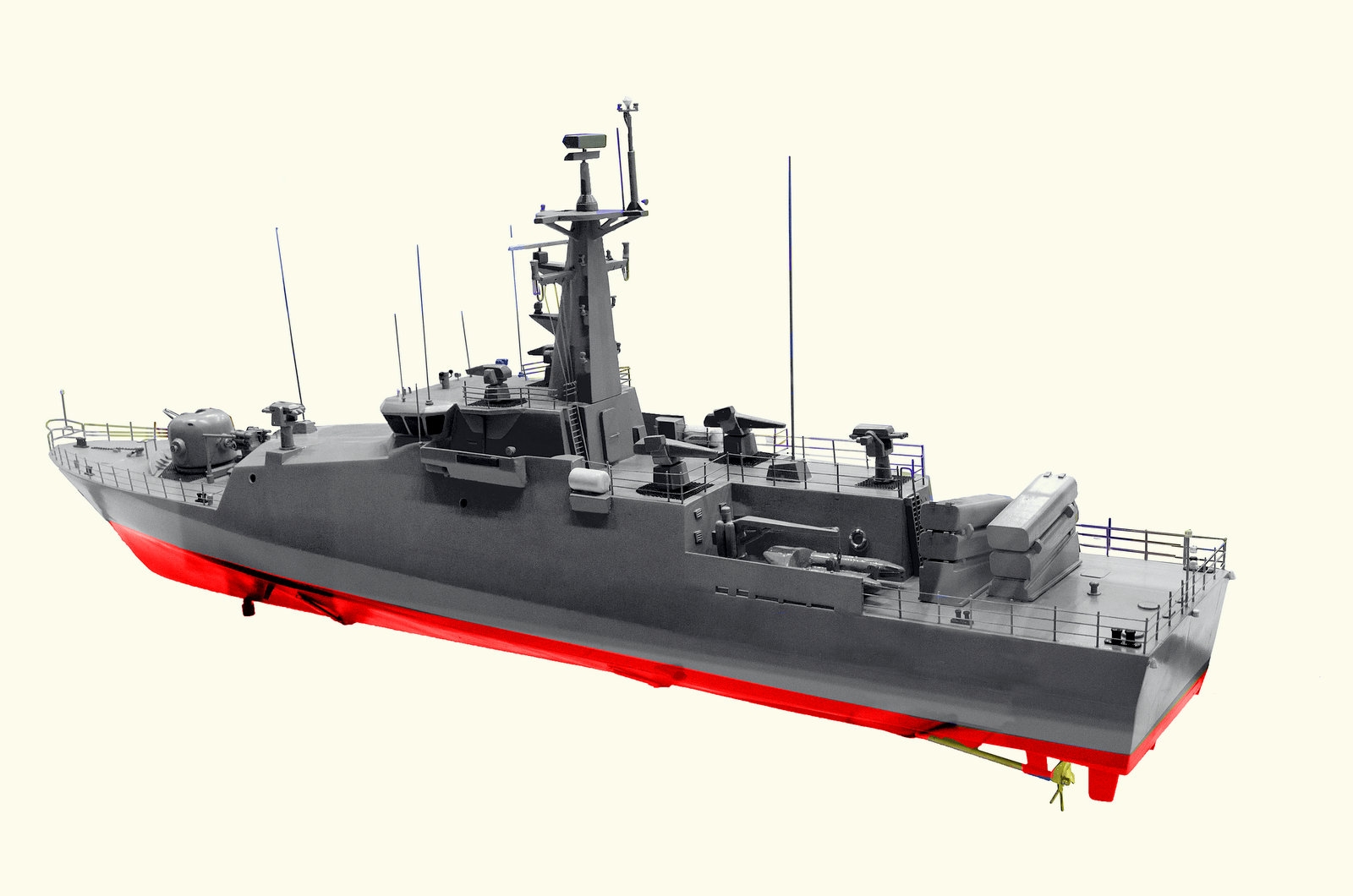 A model of the ship Dearsan is building for Turkmenistan. (photo: Cem Devrim Yaylali)

This is according to Cem Devrim Yaylali, who blogs at Bosphorus Naval News. Yaylali spoke to a Dearsan representative at the recent IDEF defense expo in Istanbul, and took a photo of the model that Dearsan was presenting. And he was generous enough to pass along the information and photo to The Bug Pit.

Turkmenistan had already been reported to be acquiring five missile boats from Russia, in addition to the two Dearsan fast patrol boats.

I asked Dearsan for confirmation and more information, but didn't hear back. That is not surprising: they have been very quiet about their previous deals with Turkmenistan, no doubt at Ashgabat's request.