Despite Ashgabat’s fervent diplomacy, one ingredient is missing from its dream project across Afghanistan. Our weekly briefing. 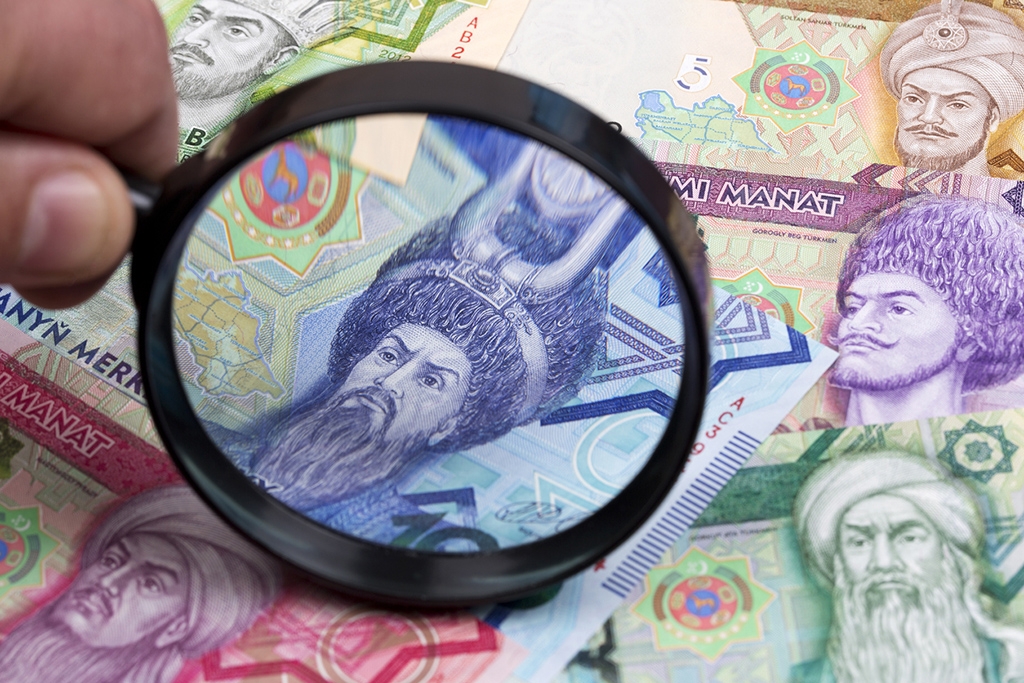 For domestic use only (iStock)

It was not enough that the president earlier this month subjected minions and diplomats to his latest contribution to world culture – a poem titled “Long live peaceful life!”

Artists and officials responsible for Turkmenistan’s creative industry were last week compelled to gather and sing praise to this work’s allegedly glorious merits. As TDH state news agency has it in a report on the December 15 conference, leading figures in the arts and culture scene unanimously expressed gratitude for Gurbanguly Berdymukhamedov’s policies of “peace-loving, humanness, and mutually beneficial cooperation with all the peoples of the planet.”

The poem has now also been put to music and was performed at the conference. Several people in the audience appeared to have memorized the verses already, although many others merely moved their lips indistinctly.

This phase of what might come in future to be looked back at as late Berdymukhamedovism is chock-full of transparent attempts at legacy-making. The president is desperate for international recognition of his contributions to regional stability. Afghanistan is offering ample opportunity to put this stated idealism into practice.

Speaking at a council of foreign ministers of the Organization of Islamic Cooperation in Pakistan on December 19, Turkmen Deputy Foreign Minister Vepa Khadzhiyev reminded listeners that his government has already been actively providing their neighbor to the east with aid in this extremely difficult time.

“Humanitarian convoys are dispatched on a regular basis. The last was organized on December 14. Humanitarian cargo sent to Afghanistan includes oil products, foodstuffs, and children’s clothing,” the Foreign Ministry said in a statement summarizing Khadzhiyev’s speech.

Images of a handful of trucks bearing the sign “Humanitarian aid to the Afghan people from Turkmenistan’s president” being distributed to grateful aid recipients were shown on state TV news on December 15.

There is a more pragmatic, hard-nosed dimension to all this, though. Ashgabat is eager that its vision for a series of Afghanistan-related, energy, transportation and telecommunications infrastructure projects not come to nothing.

Turkmen Foreign Minister Rashid Meredov met in Islamabad on December 20 with Pakistan’s President Arif Alvi to remind him about the need to “intensify collective action” on implementation of the Turkmenistan-Afghanistan-Pakistan-India, or TAPI, natural gas pipeline project, the TAP high-voltage power transmission line project and a third concurrent project to lay fiber-optic communication cables alongside the power lines.

Ashgabat rarely does muscular diplomacy, but there is a sense here that the Turkmens are growing more than a little exasperated at Pakistan’s foot-dragging on TAPI. Only last month, a senior Pakistani government official noted that work on TAPI had been halted pending stabilization of the situation in Afghanistan. And it’s not just TAPI. “At the moment no one is working on this project in Afghanistan, or any other projects either,” Pakistan’s Economic Affairs Minister Omar Ayub Khan told Russia’s TASS news agency.

Meredov delivered the same TAPI talking points a day earlier, on December 19, at the third edition of the India-Central Asia Dialogue conference held in India’s capital, New Delhi. The matter was once more raised in Meredov’s tête-à-tête with his Indian counterpart, Subrahmanyam Jaishankar.

The frenetic nature of Meredov’s travels attest to just how much emphasis Ashgabat is placing on this agenda. He met with Pakistan’s foreign minister in Islamabad on December 18. He traveled to India the next day. And then he returned to Pakistan the day after that to meet the president.

The perennial stumbling block is, however, to quote the title of an Abba song “money, money, money.”

The Asian Development Bank has previously signaled it may be good for $1 billion or so, although that was long before the Taliban took over in Afghanistan. Turkmenistan took out a $700 million loan in October 2016 from the Jeddah-based Islamic Development Bank to fund work on TAPI, but there is no knowing whether that has already been spent, and if so, on what. And members of the TAPI Pipeline Company Limited consortium – the four countries plus the ADB, in other words – in 2016 pledged to collectively invest $200 million into preparatory work. But seeing as the final cost of making the pipeline a reality may end up somewhere in the neighborhood of $10 billion, these are laughable figures.

A new outfit created in October may, possibly, be intended to cover over some cracks. The Turkmen Investment Company was established as a joint venture between the State Bank for Foreign Economic Affairs, or Turkmenvnesheconombank, as it is better known, and the Abu Dhabi Fund for Development. On December 17, Berdymukhamedov signed a degree formalizing Turkmenvnesheconombank’s control over 50 percent of the equity capital in the Turkmen Investment Company – a maneuver implying that money has been disbursed and put on the table. There are no details about how much money is involved or what ends it has been set aside for, though, so any suggestion the fund could be used for the purposes of implementing TAPI may well be idle speculation.

One figure that has been made public is how much the OPEC Fund for International Development has lent Turkmenistan for the development of a marine merchant fleet. The $45 million worth of credit extended by the fund will be used to build three ships for the transportation of rail, passengers and dry cargo, according to Russia’s TASS news agency.

As he turned to domestic matters during the December 17 Cabinet meeting, Berdymukhamedov called upon his son, Serdar, who is also the deputy prime minister with the portfolio for economic affairs, to run checks on the regions to ensure bazaars keep their wares affordable as the New Year beckons.

“Before the New Year, visit markets and shops, familiarize yourself with the prices of goods,” the president told his son and heir apparent.

Amsterdam-based Turkmen.news has relayed some grumbling on this front. The outlet’s sources have claimed that government inspectors in the Dashoguz province, which Serdar Berdymukhamedov was scheduled to visit on December 21, have flooded the bazaars demanding that butchers sell their meat at 35 manat per kilo (around $1.25 at black market rates), instead of the real market price of 60 manat. Traders have reportedly responded by refusing to come to work until the president’s son wraps up his visit.

There may finally be some recognition of reality occurring among officials in charge of agriculture at least. At the Cabinet meeting, Esenmyrad Orazgeldiyev, the deputy prime minister with the portfolio for agriculture, informed the president that the volume of land being set aside for growing cotton is being reduced to make more room for potatoes, other vegetables, and melons, as well as for the increased production of silkworm cocoons. Fully 40,000 hectares will be freed up for those purposes, almost doubling the 55,550 hectares now available, while 580,000 hectares of agricultural land will still be used for cotton.

Officials are pretending this change is being made possible by a surge in productivity in the cotton fields, but it is actually because Turkmenistan has been having to spend lavishly on potato imports to compensate for shortages. So much for import-substitution.