Saudis step up, awkward timing with Iran, and you won’t want to fly Turkmenistan Airlines after reading this. 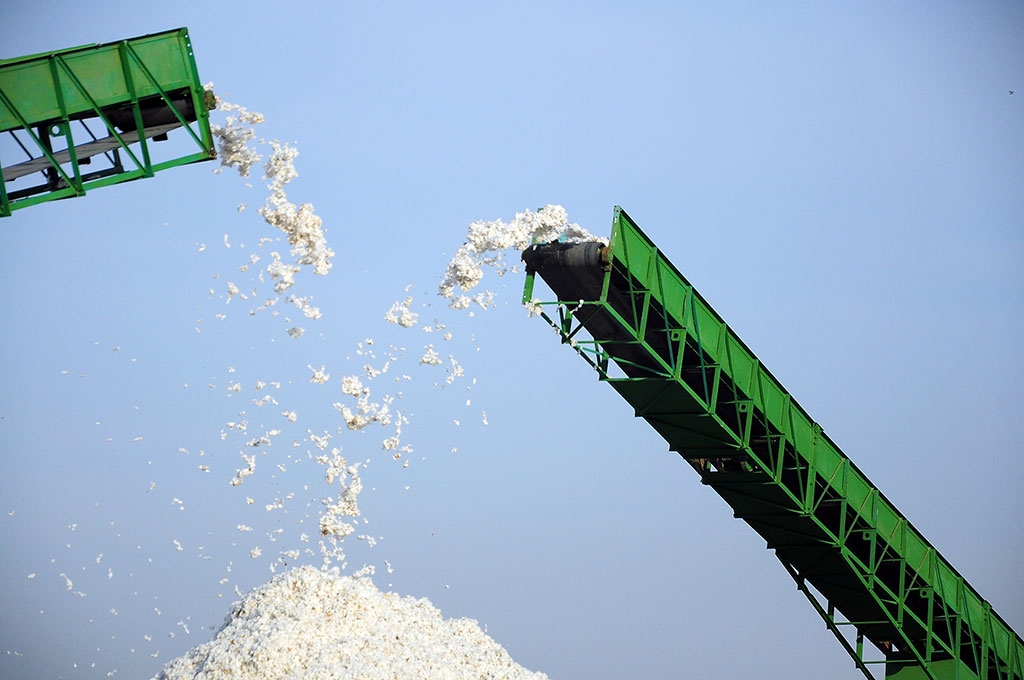 Turkmenistan may have found a benefactor willing to serve as Pequod in the quest for President Gurbanguly Berdymukhamedov’s white whale: the Turkmenistan-Afghanistan-Pakistan-India, or TAPI, pipeline. Berdymukhamedov has spent years promoting the project, to no avail, while misleadingly claiming progress on the pace of construction.

On January 9, state media reported that the president had signed a decree authorizing the State Bank for Foreign Economic Affairs to conclude a loan with the Saudi Development Fund for TAPI funding.

The size of the loan is not stated. This is only the latest offer of assistance from Riyadh. Documents seen by Eurasianet reveal that the Saudi-backed Islamic Corporation for the Insurance of Investment and Export Credit, or ICIEC, has committed to $500 million in financing for the project.

The ICIEC is a member of the Saudi-led investment fund, the Islamic Development Bank, or IDB, which has offered as much as $1 billion in financing for TAPI, according to Mobin Saulat, the managing director of Pakistan’s state-owned Inter State Gas Systems. The corruption allegations that Saulat has faced of late do not seem to be adversely affecting his involvement with TAPI. Turkmenistan's ambassador to Pakistan, Atajan Movlamov, met on January 12 with the Chairman of Pakistan's Senate, Sadiq Sanjrani, who called for further bilateral cooperation and proposed direct flights between the countries.

Saulat’s figure may not be too far off. The IDB agreed in 2017 to provide a loan to the TAPI project, though reports varied on whether it was for $500 million or $700 million. Last year, IDB also financed $219 million in pipelines from Russia's Chelyabinsk Pipe Plant, a deal effectively guaranteed by Russia's Sberbank.

Even all this Saudi money may not be sufficient to cover the ultimate cost of TAPI, which has been estimated at anywhere between $7.5 billion and $10 billion.

The security situation along TAPI’s route is not the only thing spooking lenders. Turkmenistan’s endemic nepotism and corruption is also a disincentive. Another example was exposed by exile-run media this week. On January 6, Berdymukhamedov ordered a new monument be built on the intersection of Ashgabat's Saparmurat Niyazov Avenue and Atamyrat Niyazov Avenue, roads named after the late president and his father, respectively. Just four days later, state media announced that a company called Nusaý ýollary had got the contract. This is the same company that Netherlands-based site Turkmen.news had revealed last July is controlled by Annanazar Rejepov, Berdymukhamedov’s brother-in-law. This monument job is small fry though. Nusaý ýollary has previously secured contracts as part of the eye-wateringly priced $2.3 billion Ashgabat-Turkmenabat highway.

Not all the venality is quite so monumental.

On January 8, RFE/RL's Turkmen service, Azatlyk, reported that parents in Mary province had to pay bribes of at least 400 manat, about $114 at the official exchange rate, to enroll their children in kindergarten. Some had to pay five times more.

Berdymukhamedov has given the green light to Turkmenistan’s accession to a number of international treaties. The most important among these is the UN Convention on International Settlement Agreements Resulting from Mediation, which feels especially relevant in light of Ashgabat’s ongoing disputes with foreign companies based in Belarus, Germany, Turkey and Russia.

The new year has brought more stories of woe from people trying in vain to leave the country. Turkmen.news reported that more than 30 people were barred from boarding a Turkish Airlines flight from Ashgabat to Istanbul on January 10. Border officials offered no explanation.

Meanwhile, those wishing to get to Abu Dhabi and Dubai are being thwarted by geopolitics. Turkmenistan Airlines announced that it was suspending flights crossing Iranian airspace until the end of January over security concerns triggered by the unfolding standoff between Tehran and Washington. FlyDubai appears less fazed by the situation, however, and is still servicing the route.

This is awkward timing for Iranian-Turkmen relations, which had appeared to be on the mend after a period of frostiness occasioned by a disagreement over natural gas payments. Tehran’s new envoy to Ashgabat, Gholamabbas Arbab Khales, this week delivered his credentials to Berdymukhamedov amid much talk of regional solidarity. By reminding readers of the 25th anniversary of Turkmenistan’s declaration of neutrality, the state news agency report on that meeting gave an explicit signal that (on paper, at least) the United States should never expect support from Ashgabat in its designs to pressure Iran.

Returning to Turkmenistan Airlines for a moment, Turkmen.news said it had received a desperate appeal from employees worried they may end up homeless as the government threatens to demolish the dormitory in which they and their families live. Authorities are said to be pressuring 47 or so families into vacating their apartments by turning off electricity, water and heat. No new homes are being provided. Passengers with Turkmenistan Airlines may wish to consider the implications of the fact that their pilots, flight attendants or the technicians responsible for ensuring safety are expending the bulk of their mental energy on thinking about how to put a roof over their heads.

Despite being a desert nation, Turkmenistan has long been profligate in its use of water, as attested to by the sheer number of fountains in places like Ashgabat and the Caspian resort of Awaza. This makes it all the more notable that the president has approved a decree on rationing the amount of water used in 2020.

It is hard to see how this squares with the parallel instruction to increase cotton yields this year to 1.25 million tons, which represents an increase of 190,000 tons from 2019, according to Moscow-based Regnum news agency.