The Russian telecom company believes its troubles in Turkmenistan may have cost it around $750 million. 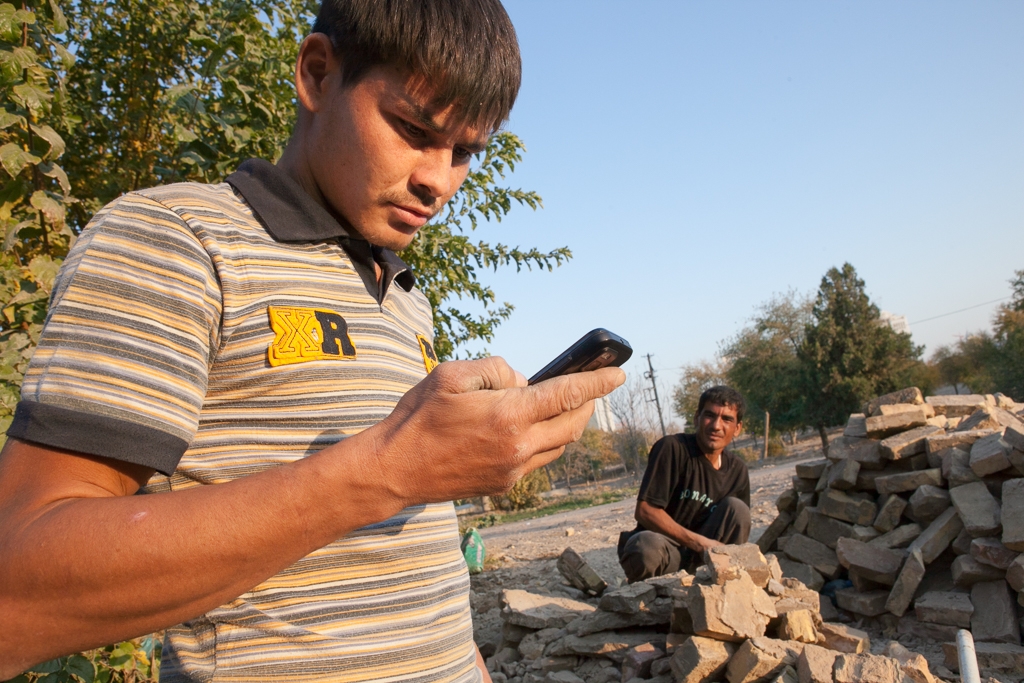 A source close to MTS told Eurasianet this week that work on taking down hundreds of base stations in Turkmenistan started in December and could last months. The plan is to take the equipment out of the country and either use it for MTS operations elsewhere or to sell it to third parties.

The sequence of events that led a major foreign investor to pull out of the country has sobering implications for the economy as a whole. In the immediate term, phone and internet users for the only other mobile communications provider in Turkmenistan may expect a downturn in service.

MTS got into Turkmenistan in 2005 by buying out the sole private operator on the market, Barash Communications Technologies, Inc., or BCTI. With its 47 base stations and 59,000 subscribers, that U.S.-owned outfit was a small-fry affair.

The Turkmen government immediately sniffed an opportunity and threatened to pull BCTI’s operating license unless MTS agreed to relinquish 70 percent of the company’s future profits. Following negotiations, MTS arrived at a compromise, agreeing to relinquish a smaller share of the profits – 20 percent.

With that early dust-up out of the way, MTS began investing heavily into its newly acquired Turkmen subsidiary, which was rebranded as MTS-Turkmenistan.

Over the course of five years, it spent $250 million on creating the backbone of its existing infrastructure of more than 1,100 base stations. The Moscow-based company says it has made a point of hiring local staff and that its operations provide employment to thousands of people.

This expansion enabled MTS-Turkmenistan to grow its client base to around 2.5 million people by 2010. This handed it near-monopolistic control of the market. State-owned mobile communications provider Altyn Asyr had only around 310,000 subscribers at the time.

But in 2010, the Turkmen government resumed its attacks on MTS. At the end of the year, the Communications Ministry again suspended the license held by BCTI.

“This was another attempt to arbitrarily use its sovereign apparatus as leverage for MTS to agree to share further profits with the government without any legal basis,” the source close MTS told Eurasianet.

As a result of this standoff, MTS Turkmenistan operations were frozen for two years.

After almost two years of legal tussles, MTS was once again permitted to return to the Turkmen market under a new five-year arrangement, although this time it was obliged to relinquish 30 percent of its profits.

Still the Russian company had its activities impeded, the source close to MTS said.

“The Turkmen authorities consistently obstructed MTS’s business operations, including not providing sufficient data resources and roaming VPN channels while restricting both MTS’s ability to sign corporate business as well as its advertising activities,” he said.

Toward the end of 2017, using the expiration of the renewable 2012 profit-sharing agreement with Turkmentelekom as its prompt, the government took a series of actions culminating in the suspension of MTS’s long-distance phone connections and internet access.

“The MTS license for communications services in Turkmenistan was valid until July 2018, but MTS was unable to operate for almost a year,” the source said.

While no complete financial accounting has been made of this saga, MTS believes its troubles in Turkmenistan may have cost it around $750 million.

MTS is now trying to claw back some losses by pursuing a case through the International Center for Settlement of Investments Disputes. It is citing a 2009 treaty between Turkmenistan and Russia on the reciprocal protection of investments as the basis of its complaint.

The departure of MTS leaves state-run Altyn Asyr as the only remaining player on the local market.

In June 2017, the state news agency reported that the Communications Ministry was poised to launch a new mobile phone network called Ay Nazar. Barely any details were provided, other than this company would likely be closely affiliated to Altyn Asyr and would rely on its physical network. Since then, however, there has been nary a mention of Ay Nazar in the official press. When mobile telecommunications are mentioned in state media, it is to report on efforts being undertaken to extend coverage to rural locations.

It hardly helps that the officials responsible for advancing the government’s telecommunications agenda are so regularly reshuffled.

Bairam Annameredov, the deputy prime minister in charge of transportation and telecommunications who had announced the formation of Ay Nazar, was removed from his post in April 2018. (His replacement, Mammetkhan Chakyev, was in December saddled with an additional role as deputy prime minister with the portfolio for industry – a poisoned chalice in Turkmen political life. Chakyev’s career trajectory is curious though. Before taking up his job overseeing the telecommunications sector, he served for around 10 months as the director of the state anti-corruption service.)

Altyn Asyr has not publicly approached MTS to express interest in buying some of its signal transmission equipment, but the source close to MTS said the government has hinted it would like to enter discussions. It is unknown whether Ay Nazar – if it even exists – may have sought to engage in similar negotiations.

While Altyn Asyr once provided abysmal service and connections, its performance has improved notably in recent years. The company even notionally provides 4G internet in a couple of cities. Over the New Year, however, Altyn Asyr subscribers have reported trouble sending and receiving SMS messages to and from networks abroad.

Film explores a dirty problem in Kyrgyzstan and Uzbekistan