Press-ganged workers are picking cotton and the president is publishing yet more books. 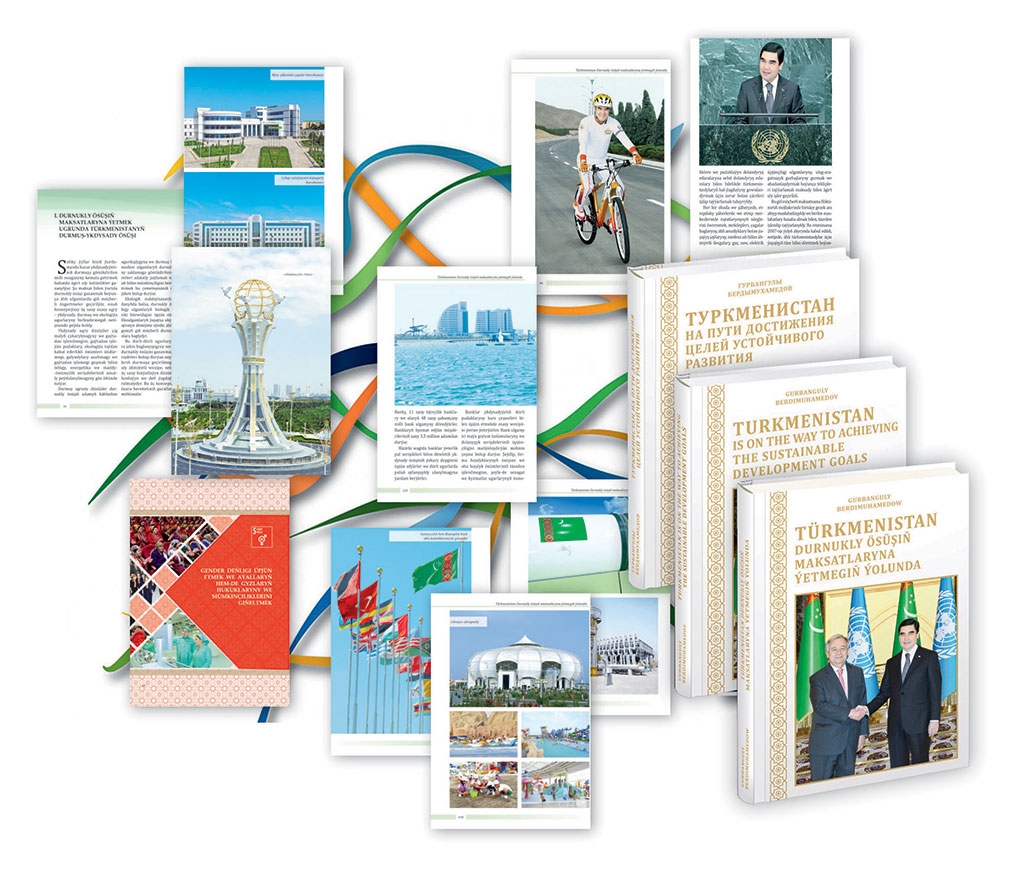 The latest addition to the president’s oeuvre (Turkmenistan.gov.tm)

Turkmenistan’s president did not chair the regular Friday Cabinet meeting last week and nobody seems to know why.

As well as the September 21 meeting being called off, President Gurbanguly Berdymukhamedov did not, as the exile-based Chronicles of Turkmenistan observed, turn up to any ceremonies for the opening of new government buildings – a favorite past-time. State media reported that Berdymukhamedov’s son and presumptive dauphin, Serdar, oversaw the ribbon-cutting at a new hospital in the town of Dushak, in Akhal province though.

In another anomalous change of plans, RFE/RL's Turkmen service, Radio Azatlyk, noted that the September 24 opening session of the Halk Maslahaty, the People's Council, was called off. This body is a largely consultative institution, notable mainly for its highly photogenic assemblage of fulsomely bearded town elders, but in purely notional terms it is meant to broadly reflect the will of the people and is often used to push through major policy decisions. A more summary one-day session, reportedly chaired by the president, was instead held on September 25.

One is a worthy-sounding tome about Turkmenistan’s effort to achieve United Nations-set sustainable development goals. The book was probably finished too late to be able to allude to UN Secretary-General Antonio Guterres’s most recent annual report, which dwelled in part on how Turkmenistan was one of 38 “shameful” countries that systematically carry out reprisals against human rights activists.

There may be a little more excitement about the other – a second installment of presidential writings on the history of the Silk Road. A picture (above) on the state government website promises a volume rich in colorful illustrations.

Prior to the skipped Cabinet meeting, on September 19, Berdymukhamedov did find time to launch an exhibition billed as a retrospective of the nation’s economic achievements. The hundred-plus stands were intended, as a government media report stated, to demonstrate accomplishments in “the innovative development of the national economy, diversification of industry, the building-up of the economy, import substitution and the export orientation of production.” It is perplexing to try to understand who it is that the government is attempting to persuade with this kind of vanity event.

In any event, although the government boasts of its supposed attainment of self-reliance, concerted efforts continue apace to draw investment – and even just plain assistance – from abroad.

But for all this flurry of activity, the ointment of foreign relations is a flyblown business. The latest unpleasantness comes courtesy of a quite-unexpected spat with Tajikistan, a country with which Turkmenistan has typically enjoyed very convivial relations.

Tajikistan's ambassador to Uzbekistan, Imom Sodiq Ashurboyzod, told leading Russian business daily Kommersant in an interview published on September 20 that Dushanbe was postponing the Turkmenistan-Afghanistan-Tajikistan, or TAT, railway project. That prompted a squeal of protest from the Turkmen Foreign Ministry, which issued a statement claiming that the ambassador’s comments were the result of an unspecified misunderstanding.

The fate of this railroad project had in any case already been in doubt, but it is not hard to suppose that the motivation for the ambassador’s remarks lay in the ongoing problems being experienced by Tajik truckers trying to transit Turkmenistan, from either Uzbekistan or Iran. For several weeks now, the long-haul drivers have been denied passage by Ashgabat, for reasons unknown. A Tajikistan Transportation Ministry official told local news outlet Asia-Plus on September 18 that the situation still had not improved. Theories abound as to what has prompted this outbreak of chilliness. One is that Tajik truckers are purportedly involved in drug-trafficking. Another is that Turkmenistan is acting under pressure from Iran, which is embroiled in its own long-running drama with Tajikistan.

Persisting in his established custom of alienating potential allies, Berdymukhamedov is now reportedly bracing to skip a major summit held under the auspices of the Commonwealth of Independent States, or CIS. Heads of state from this post-Soviet talking and networking club are due to meet in the Tajik capital, Dushanbe, on September 27-28, but without the Turkmen leader, according to Radio Azatlyk. It feels like a particularly pointed snub given that Tajikistan is formally handing over chairmanship of the CIS to Turkmenistan at the summit.

One trip that Berdymukhamedov is reportedly prepared to make this season is to New York, to attend 73rd UN General Assembly. He last visited the United States in September 2015 for the UN Summit on Sustainable Development that inspired his latest book.

While in the U.S., he is set to attend some meetings set up for him by the Turkmen-American Business Council, whose representatives were recently graced with a spin by the Caspian on Berdymukhamedov’s yacht. (Yes, by the Caspian, not in it. They sailed on an artificial river built within the Awaza white elephant tourist resort.)

There are no firm details forthcoming about whom the president might be meeting, but it is known there is one unwelcome greeting awaiting him. The Cotton Campaign and a group of other nongovernmental organizations will hold a protest to mark his visit on October 1.

The egregiousness of forced labor in Turkmenistan was highlighted over the past week by a pair of reports from Radio Azatlyk. The outlet claimed in a September 20 account that since crops yields have proven quite poor in the Dashoguz province this year, many press-ganged workers were sent instead to toil on the land of well-off local farmers.

Another report alleged that a 12-year-old was driven to suicide after being forced to take part in the cotton harvest in Lebap province. And this was despite the fact that the child's parents reportedly managed to elude Ashgabat's heavy travel restrictions and go work in Turkey. The Chronicles of Turkmenistan reported on September 18 that the number of people explicitly barred from traveling abroad now exceeds 30,000.