Turkmenistan: Not cottoning on

A doctor comes out of the closet and disappears, fanciful banking, panic at the Agriculture Ministry. This and more in our weekly Turkmenistan bulletin. 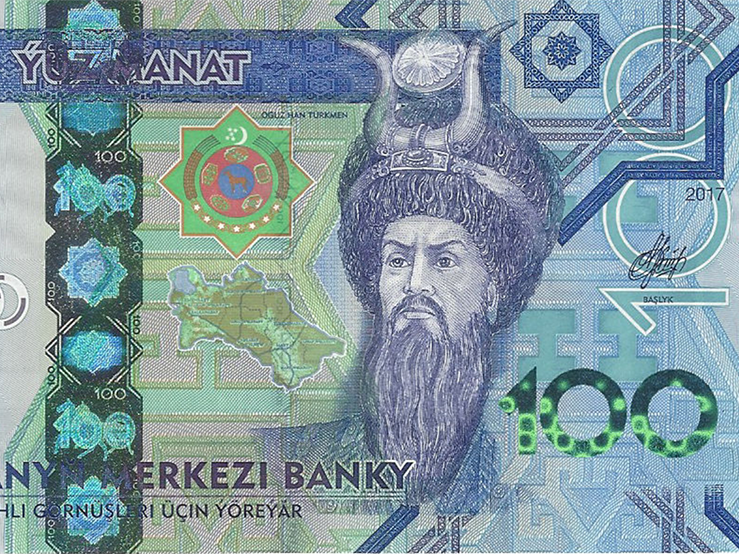 RFE/RL’s Turkmen service, Radio Azatlyk, last month ran a first-person account from a young Ashgabat doctor wishing to share his story about the challenges of living as a gay man in Turkmenistan.

Kasymberdy Garayev, 24, gave his account under pseudonym, but was later exposed. What he described was a life of torment, both mental and physical, meted out by his family and the authorities.

On one occasion, he was entrapped by police on the prowl for LGBT people and escaped jail time only due to the intervention of his well-connected uncle.

Garayev’s intent was to draw attention to the plight of those who are, like him, doomed to a life of loneliness and abuse. But he appears only to have made his situation worse.

RFE/RL reported on October 31 that Garayev had been uncontactable for a week after being summoned by Ashgabat police.

There is no information to date what fate has befallen Garayev, but he risks prison time, even if likely on trumped-up terms. Same-sex relations are punishable in Turkmenistan by up to two years in prison. The cardiologist’s family has been caught up in the net too. His parents and siblings are also reportedly missing.

The Vienna-based Chronicles of Turkmenistan reported that Garayev's detention was followed by all-staff meetings at medical institutes across the country. Staff were apparently informed that a doctor had “dishonored the profession with his immoral behavior” and that, as a result, all medical staffers would be inspected for sexually transmitted diseases over the coming two weeks.

The cost of these examinations – 270 Turkmen manat – is to be borne by the staff themselves. At the official exchange rate of 3.51 manat to the dollar, that comes out to more than $100.

The actual value of the manat though is closer to 19 to the dollar, which is what is sells for on the black market. Since elites are presumably able to move money in and out of the country at liberty, this presents easy money-making opportunities for them.

Things are not so easy for the rest of the population. Azatlyk reported on October 30 that customs authorities at Ashgabat airport have been stopping travelers from leaving the country with manat in their possession. Many citizens are also removed from flights. Such incidents appear to be occur with those flying to Istanbul, one of the few places where it is still possible to exchange Turkmen manat, according to Azatlyk.

This is not stopping the government from celebrating the troubled currency.

On November 1, state news agency TDH carried a report on a speech given by President Gurbanguly Berdymukhamedov to mark the 26th anniversary of the introduction of the manat.

In that same address, the president boasted that the banking sector was "developing dynamically” – a fanciful claim if ever there was one. A report published earlier this year by the European Bank of Reconstruction and Development noted that Turkmenistan’s banking scene consists of 11 institutions, of which all but one are state-controlled. Even the nominally private bank, Rysgal Bank, is owned by figures from within the Union of Industrialists and Entrepreneurs, or UIET, a parastatal behemoth that is understood to primarily serve the commercial interests of people close to the ruling family.

As much else, Ashgabat’s vision for banking is built on hazy, ill-conceived ambitions. That same EBRD report remarks that the government’s banking sector strategy for 2011-2030 envisions a three-stage plan for bringing the industry in line with international standards, but that this blueprint lacks “practical milestones [and] deadlines.”

Turkmenistan is at least making more effort to engage on the diplomatic front.

On October 30, Berdymukhamedov signed off on an intergovernmental Turkmen-Tajik commission on trade and economic, scientific and technical cooperation. Turkmenistan and Tajikistan have for much of the last year been embroiled in a low-intensity trade war whose ultimate origins are shrouded in mystery. The upshot of this disagreement has been that southbound Tajik truckers have been routinely turned away from the Turkmen border.

The intergovernmental commission, which had its first meeting on November 1, should help paper over such unfortunate episodes. Dushanbe-based outlet Avesta reported that the focus of the discussion was on expanding trade ties. The repeatedly delayed Turkmenistan-Afghanistan-Tajikistan railroad project was on the agenda.

Berdymukhamedov called his Uzbek counterpart, Shavkat Mirziyoyev, on 30 October. That conversation too was devoted to expanding trade.

It was the turn of Gochmyrat Myradov, the deputy prime minister with the economics and finance portfolio, to receive a severe reprimand and “last warning” from the president this week. As Chronicles pointed out, Myradov was chided, along with Finance and Economy Minister Batyr Bazarov, in similar fashion as recently as July. Their offense was reportedly “failing to transform the country into an industrialized state, modernizing and diversifying the economy, developing an electronics industry and creating new jobs.”

And yet, in pure Alice in Wonderland mode, Myradov is also the official who regularly informs the Cabinet about Turkmenistan’s bouncing economic health. At the same meeting in which he was reprimanded, he announced that Turkmenistan’s gross economic product was expanding by 6.2 percent year-on-year.

If Radio Azatlyk’s reporting is accurate, other officials will soon be getting the hairdryer treatment. According to one of the broadcaster’s sources in the Agriculture Ministry, the cotton harvest target has been fulfilled by less than 50 percent.

“The Agriculture Ministry is in a panic. They do not know how they are going to tell the chief about it,” the source is said to have told Azatlyk on October 31, alluding to the president.

The Golden Era government gazette offered a more upbeat status report, noting that harvesters in the Gorogly district of the Dashoguz province had already more than met their quota. Those farmers are supposed to have achieved that goal because of the state’s “material and technical support.”

Azatlyk scoffs at such rosy accounting, alleging that farmers renting agricultural land from the state are as a matter of course not provided with enough equipment, water for irrigation and fertilizers.

The coming few days will bear a flavor of Italy as Berdymukhamedov descends upon the peninsula for a 48-hour visit beginning on November 6. State media has promised that a “large package of documents” is to be signed, so there will be much to pore over as events unfold.