Turkmenistan is an inveterate foe of open internet. And it has reportedly made lavish investments in ensuring that its people cannot freely access which websites they want. 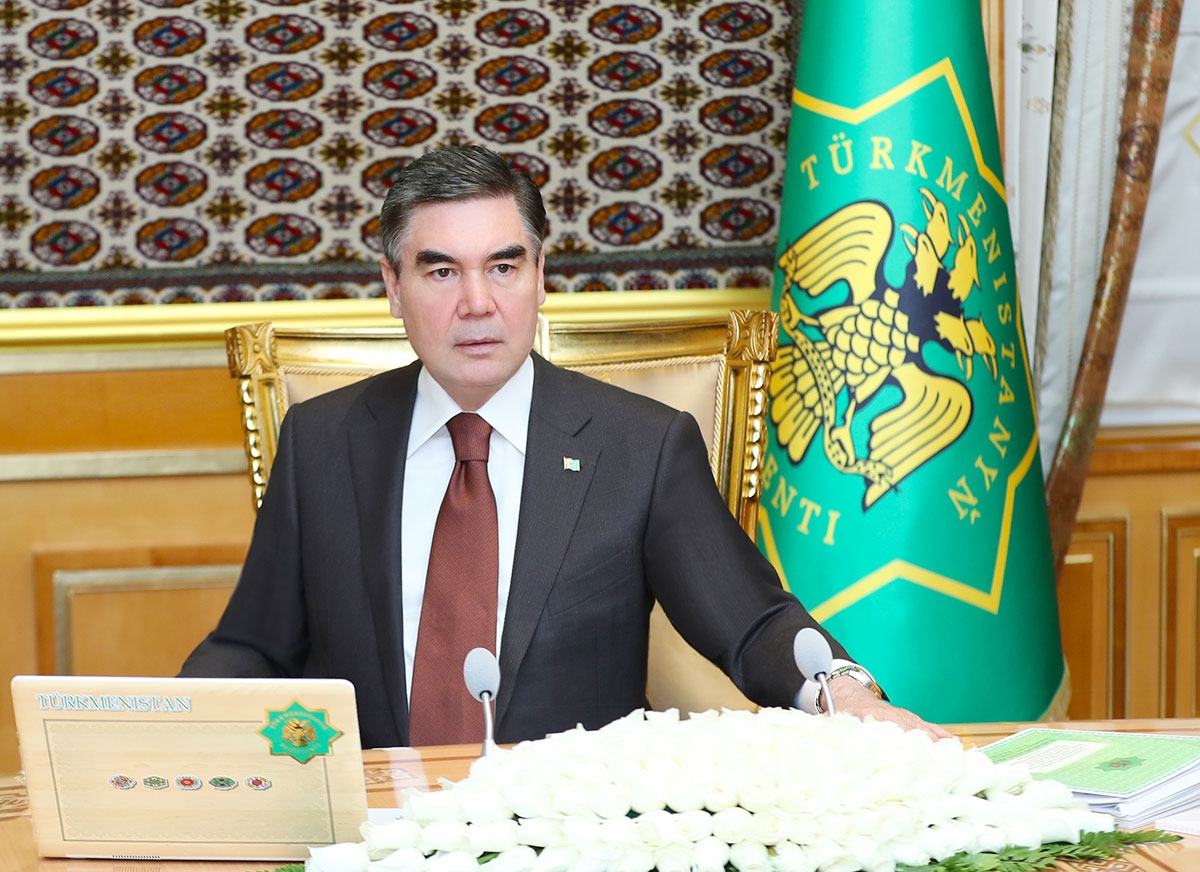 In the cloud (state media)

The evident reason for this is that Turkmen.news is hosted on Google.

Turkmenistan is an inveterate foe of open internet. And it has reportedly made lavish investments in ensuring that its people cannot freely access which websites they want.

As Qurium has previously discovered, there are few genres of websites that the Turkmens will not block. The most common victims tend to be news, social media and pornography websites, but PayPal and gaming site Pokemon Showdown have got the treatment too.

As RFE/RL wrote in February, the government has allegedly contracted the services of Munich-based company Rohde & Schwarz for technology that would help it detect and block websites, as well as snoop on internet and mobile telephone users. Rohde & Schwarz has denied it is abetting such nefarious practices, although it is otherwise secretive about what it is up to in Turkmenistan.

The government may soon be sourcing its online security from even more discreet providers. After an October 11 meeting between Turkmen leader Gurbanguly Berdymukhamedov and Russian President Vladimir Putin on the sidelines of a regional summit held in Ashgabat, the state news agency announced plans for future cooperation in cybersecurity.

Some of the language of the joint declaration makes for interesting parsing. At one stage, the two leaders called on “the world community to take all necessary measures to prevent the use of information and communication technologies to interfere in the internal affairs of sovereign states.” When considered in the light of growing cooperation between Moscow and Beijing to limit undesirable online content, this begins to look like a region-wide effort to create a politically sanitized internet. Such initiatives have long been in the ether.

The thinking that drives Turkmen censorship is easy to understand. Turkmenistan mostly generates bad news outside its borders.

Food shortages are back on the agenda. Turkmen.news claims that eggs are in severe shortage again. What can be found is pricey and sometimes of dubious quality.

RFE/RL’s Turkmen service, Radio Azatlyk, reported on October 5 that cottonseed oil is selling in the city of Mary at triple the normal price. In some cases, customers are allegedly being required also to buy expired butter if they want to get their hands on the oil.

This would likely be related to another apparent problem – a poor cotton harvest in Mary and Lebap provinces. Although farmers have access to the hands of forced labor, the crop seems to have suffered from a lack of herbicides and late sowing.

Turkmen cotton is, like the crop from Uzbekistan, beginning to earn unwanted international attention. The United States Customs and Border Protection, a branch of the Department of Homeland Security, last year banned the import of Turkmen cotton or cotton products on the grounds that they were sourced by state-mandated slave labor.

An Azatlyk investigation this week raised questions, however, over whether a Virginia-based brand called Goza might still be selling Turkmen products through eBay and Walmart by simply slapping on “Made in Pakistan” labels.

Whenever Turkmenistan tries to do business beyond its borders, it runs into problems. Consider the latest drama around the Turkmenistan-Afghanistan-Pakistan-India, or TAPI, natural gas pipeline.

When Afghanistan’s Economy Minister Mustafa Mastoor gave an update on the project earlier this month to Afghan lawmakers, he faced heated questioning from Sher Mohammad Akhunzada, a member of parliament from Helmand province, which TAPI is due to traverse. Akhunzada warned that as things stand, the project may not be completed for decades yet.

Mastoor’s remarks were far from reassuring. He estimated that it could take anywhere between $9 billion and $12 billion to fund construction in Afghanistan alone. Quite how the minister arrived at this stunning figure, which seriously ups prior cost estimates for completion of TAPI, is uncertain. Mastoor also claimed that Ashgabat had rebuffed overtures from U.S. investors wishing to get involved in the project, although he named none of those companies.

There is worrying news from Pakistan too. On October 7, the Lahore-based Daily Times reported that Mobin Saulat, managing director of the country's state-owned pipeline developer Inter State Gas Systems, or ISGS, is suspected of misappropriating some 40 billion Pakistani rupees ($26 million) earmarked for TAPI feasibility studies.

On a seemingly more upbeat note, Express Tribune, a newspaper based in Karachi, reported on October 13 that a Turkmen delegation is due to visit Islamabad to make final preparations for the project to get off the ground. Bolstering the case for an imminent start to work, the newspaper quoted one official as saying: “Pakistan has already given assurances it will press ahead with the project … all impediments will be removed.”

Who was that buoyant official? Saulat, of course.

Even the projects that have been finished are mired in difficulties.

The Belarusian-built Garlyk potash plant opened in March 2017 but has failed miserably to meet production targets. This has in turn precipitated a spat between Minsk and Ashgabat that has necessitated a recourse to arbitration.

Belarus' Belgorkhimprom claims it is still owed some $150 million for work done on the project. Turkmenistan claims Belgorkhimprom failed to properly complete construction.

The warring sides may be looking to bury the hatchet though. The newly appointed Belarusian ambassador to Turkmenistan, Vyacheslav Beskosty, told Belarusian state media on October 9, his first day in the post, that Turkmenistan had signaled its willingness to compromise.

The following day, Belarusian Deputy Prime Minister Igor Lyashenko arrived in Ashgabat for negotiations, according to Beskosty. Belarusian President Alexander Lukashenko was in town as well, for the Commonwealth of Independent States, or CIS, heads of state summit on October 10-11.

Lukashenko met Berdymukhamedov. No agreement was reached, however. Belarusian state media reported only that Lukashenko had instructed Lyashenko’s team to develop a "roadmap of possible solutions." Lyashenko said they aimed to present such proposals by the end of the year.

This whole saga has had grave implications for the village of Garlyk, which lies in Lebap province. The village was created out of nothing in 2011 to serve as a base for the potash plant and other industrial projects. The Vienna-based Chronicles of Turkmenistan has now reported that locals are in a desperate situation – many are jobless or have not been paid for months, and the community lacks most basic amenities.