It will become illegal to drink in parks, forests, beaches, airports, underpasses and elevators. 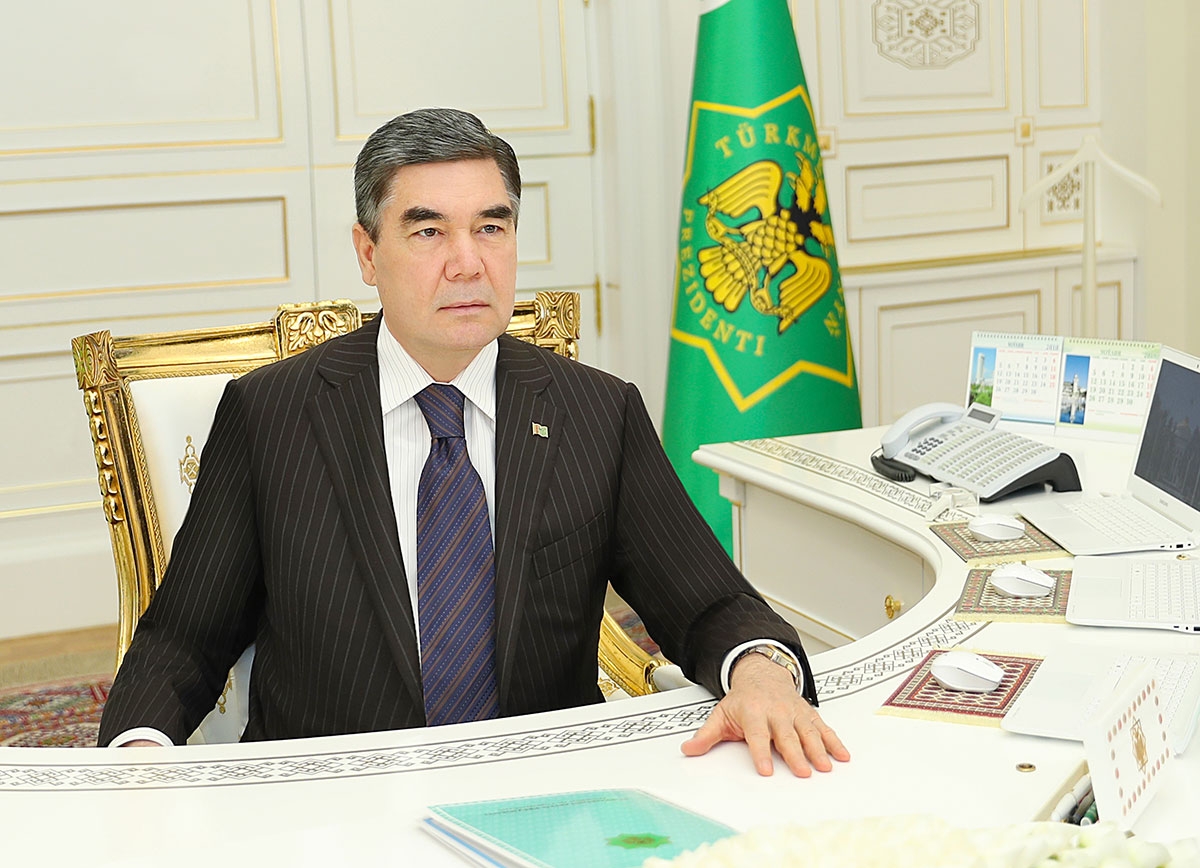 Berdymukhamedov sets the example by not drinking on the job. (Photo: Golden Era website)

Turkmenistan has adopted strict new rules on where and when alcohol can be sold as part of what the government says is an attempt to promote healthy living.

The legislation, which was published in state newspaper Neutral Turkmenistan on December 10, details a long list of places in which it will from January be illegal to sell and consume beer, wine and spirits. Sale of the intoxicating goods will be forbidden altogether on national holidays.

The same legislation envisions that from July 2021, it will become illegal to sell alcohol anywhere during the weekend other than in bars and restaurants.

To top this all off, the minimum age requirement for people wishing to buy alcohol has been raised from 18 to 21. The lower age bracket remains in place for those wishing to purchase cigarettes, however.

“This law is directed toward preserving the health of citizens and the promotion of a healthy lifestyle,” the preamble to the legislation states.

The need to uphold health is a relentless mantra of President Gurbanguly Berdymukhamedov, who has sought to set the example through his own sporting interests, such as when he has taken officials out for bike rides and trained in the gym.

This is not Turkmenistan’s first assault on alcohol. In April 2012, during a period designated the Week of Health and Happiness, an unspoken ban was slapped on the sale of spirits for the seven-day period. And around the time of last year’s Asian Indoor and Martial Arts Games in Ashgabat, liquor stores were closed for six weeks.

Turkmenistan is a deeply authoritarian country, so any grumbling will be done very much behind closed doors or on strict conditions of anonymity.

“All these measures will not lead to anything good. Those who drink alcohol will continue to drink. And the economic damage caused by restricting the sale of alcohol in a country that is already experiencing a difficult economic crisis will be even more noticeable,” a worker at an Ashgabat wine factory told Eurasianet.

The situation with tobacco is illustrative. The sale of cigarettes is strictly regulated, but that simply pushes smokers to more desperate measures. Large lines of men routinely form outside state-owned stores from seven in the morning as people seek to purchase their needed stash (women are not allowed to buy cigarettes). Those who are unable to buy cigarettes in state stores resort to paying double prices to black market retailers.