Turkmenistan has traditionally fostered its closest security relationship with Russia. But it has found room to develop military ties with the U.S. and China. Our weekly briefing. 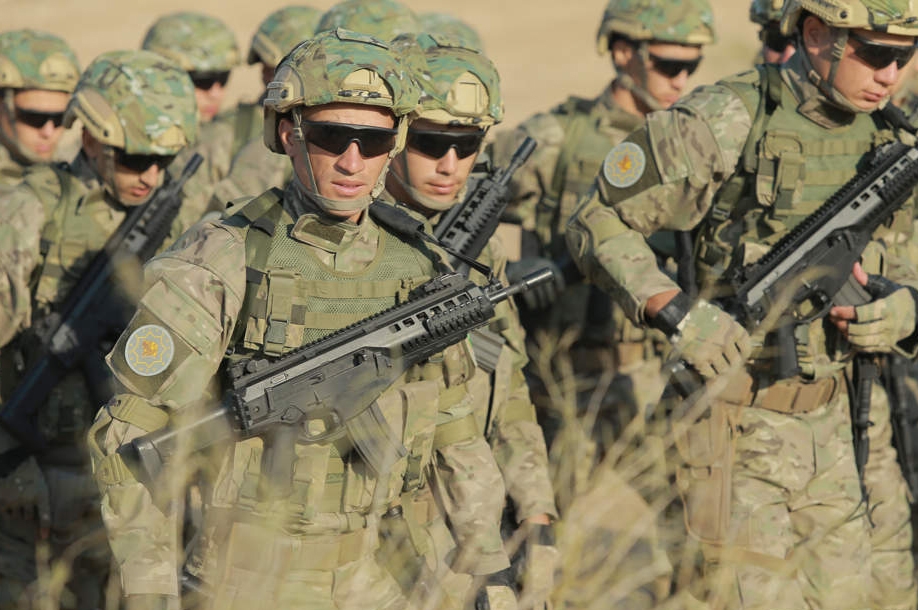 The U.S. state of Montana may before too long see the arrival of soldiers from Turkmenistan eager for training.

On September 25, Ashgabat welcomed the commander of the Montana National Guard, Major General John P. Hronek, for talks on reviving cooperation within the National Guard state partnership program, which has seen many hundreds of troops from all over Central Asia travel to the United States since the 1990s.

The last time Turkmenistan was partnered with a U.S. state on security cooperation, Nevada was picked for its perceived similarity in geography and emergency risks, meaning earthquakes. That tie-up lasted from 1996 to 2011 and has not been reactivated since.

The way the partnership program works is that interested heads of state approach the U.S. ambassador in their country to propose becoming a partner, a fact that indicates that this initiative enjoys President Serdar Berdymukhamedov’s full backing.

Even though the state partnership program is ostensibly geared toward capability-building and fostering person-to-person relationships, Meredov made it evident he also sees the prospect of the partnership’s revival as having broader strategic implications. “At the end of the meeting, the parties expressed their readiness to further develop and strengthen military cooperation with the United States in accordance with the norms of the constitution of Turkmenistan,” as a Foreign Ministry statement read.

Its neutrality status notwithstanding, Turkmenistan has traditionally fostered its closest security relationship with Russia. Indeed, in October 2020, the rubber stamp parliament in Ashgabat ratified, after a 17-year delay, a joint security cooperation agreement first signed in 2003. The pact alluded in general terms to cooperation in counteracting terrorism, organized crime, drug trafficking, money-laundering, smuggling and other security-related items. Ratification arrived at a particularly complicated time, just as fellow authoritarian nation Belarus was being roiled by the sort of political unrest that keeps Turkmen officials awake at night and amid a wave of economic ill-health exacerbated by the COVID-19 pandemic.

This is not to say Turkmenistan doesn’t pursue diversification on defense matters. On every Independence Day, which is celebrated on September 27, the army rolls out a notably multinational array of weaponry: Armored and off-road vehicles from the United States, Russia, Britain, Turkey, the United Arab Emirates, Saudi Arabia and others, anti-tank systems from Belarus, Chinese-made short-range air defense missile systems, and on and on. The main highlight of last year’s parade was a Turkish-made Bayraktar TB2 unmanned combat aerial vehicle, which has achieved global fame as a result of its use by Ukraine against Russian invaders.

And then there is China. When Chinese Defense Minister Wei Fenghe visited Ashgabat in April, he came with pledges to provide equipment and training to Turkmen armed forces.

“The Chinese military is willing to further expand cooperation areas with Turkmenistan, enhance the cooperation effectiveness and strive to elevate China-Turkmenistan military relations to a higher level,” as a Chinese government statement in English at the time read.

Preparations are underway for the next session of the European Union-Turkmenistan joint committee, likely to take place in October as is customary. This forum is a chance for top diplomats from the two sides to synchronize their watches on cooperation progress in areas covering trade, economic development and development.

At a Cabinet meeting on September 23, Meredov presented a series of proposals for enhancing Ashgabat’s relationship with Brussels and “implementing previously reached agreements.” He did not specify which agreements he was referring to, but perhaps the most consequential might be the 2008 memorandum of understanding on cooperation in energy. Commenting on that document, then-Energy Commissioner Andris Piebalgs remarked that “the EU offers an attractive consumer market for Turkmen energy products.” That has become ever more so the case since Russia invaded Ukraine.

Meredov mentioned the Turkmen-EU energy partnership as one of the areas he wanted to see strengthened. And President Berdymukhamedov was reported by state media as saying at the Cabinet meeting that “development of constructive dialogue with the EU is one of the key vectors of neutral Turkmenistan’s foreign policy.”

While any future trans-Caspian gas pipeline has received scant attention in Ashgabat, the trans-Afghan TAPI route is discussed constantly. Musadik Malik, Pakistan’s Minister of State for Petroleum, traveled to Ashgabat on September 20 for yet more consultations on progress getting the project off the ground. No specifics were provided in a Turkmen statement on the encounter.

Five days later, the deputy prime minister for economic affairs in the Taliban government in Afghanistan met in Kabul with the chief executive of the TAPI Pipeline Company Limited, a largely Turkmen-controlled firm charged with making the pipeline a reality. A Taliban spokesman said in a tweet that Ashgabat was poised to host a TAPI steering committee meeting at the “state level in [the] near future.”

Turkmenistan is certainly buying pipes in earnest. Berdymukhamedov on September 23 signed a resolution authorizing the national gas company Turkmengaz to buy “necessary pipe products of various types” from Russia’s TMK, a leading world manufacturer of pipes. No details are provided on either quantities or cash amounts. This transaction does not expose Turkmenistan to U.S. sanctions against Russia, since TMK is not among Russian blacklisted companies, although Dmitry Pumpyansky, the owner and former chairman of TMK, has been targeted with sanctions.

This is just the latest major planned purchase of energy-related material. The Turkmen government website reported on August 26 that Berdymukhamedov had approved the purchase by state oil company Turkmennebit of 2,309 tons of drill pipes from a Chinese company called King Ease Limited.

Berdymukhamedov’s father – the former president, Gurbanguly – has released yet another book, his 58th by the count of Vienna-based Chronicles of Turkmenistan. This one is about the electricity industry. As background information for its article on this book, Chronicles cruelly notes that Turkmenistan, despite its immense energy riches, is plagued by power outages, even in its largest cities.