The president lavishes attention on a car rally and orders new Boeings while grain imports fail to make-up for shortages. 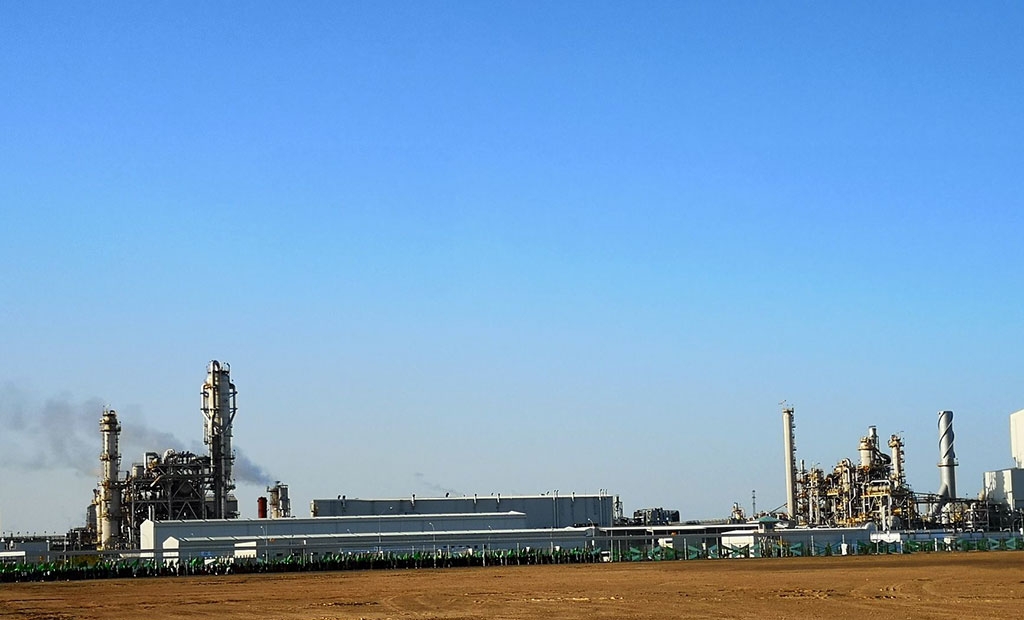 After a long hiatus, Turkmenistan has rejoined the community of nations that buy grain from Kazakhstan. According to Astana-based state news agency Khabar, the sales have amounted to 100,000 tons since the start of the year.

The purchases are an implicit admission that Turkmenistan is not as self-reliant as it would like. Import substitution is the cornerstone of Turkmenistan’s economic model, but in reality the government struggles to meet demand for even basic staples. Hence the trickle of stories attesting to Venezuela-style food shortages.

On September 14, RFE/RL's Turkmen service, Radio Azatlyk, reported that a brawl took place among people in line for bread at a local milling plant in the northern Dashoguz region. The situation turned into a rare protest when a group of elders, traditionally highly respected in Turkmen culture, attempted to jump the line and were shouted down by others waiting.

Prices for the staple groceries that are available in Dashoguz are on the rise again. A Radio Azatlyk correspondent reported that just as canning season is approaching, prices for goods like tomatoes, carrots, bell peppers and melons are creeping upward. It is the same story with milk. In the meantime, the Turkmen manat is taking hits again, with its black market rate dropping to as low as 21 to the dollar, down from the rate of 18 to the dollar it appeared to have settled at in recent weeks (the official rate is 3.5 to the dollar).

While there may be trouble securing enough bread for the population, big-ticket items are still firmly on the agenda. On September 14, President Gurbanguly Berdymukhamedov signed a decree authorizing the purchase of three Boeing 737 Max-7 aircraft. The plane has a list price of $90 million, according to Air Transport World's online database. State news agency TDH’s write-up noted that one of the planes will be reserved for “important flights,” although it did not dwell on what that actually means. Azerbaijan's Trend news agency suggested that Turkmenistan Airlines may use them to launch new routes to Italy, Saudi Arabia, Georgia, Vietnam and Iran. Some of these new routes were announced back in 2016, but ultimately never materialized. Although there is good reason to doubt the economic logic behind most if not all of these potential new routes, they do hint at a willingness to at least try and attract more tourists – a would-be source of much-needed hard currency. Given the restrictions Turkmen face traveling abroad, it is doubtful they will enable more outward-bound travel.

The sense of self-imposed isolation can also be strongly sensed in the tenor of state media. When TDH reported on September 14 that the priorities of the government's foreign policy were among the topics discussed during that day's Cabinet meeting, the report gave no real details on what these actually were.

Clues need to be sought in the media of other nations. So it was left to the press in Tehran to report on a September 12 visit to Ashgabat by Mahmoud Vaezi, chief of staff to Iranian President Hasan Rouhani. Vaezi called during his stay for closer cooperation between the two neighbors. According to the report, Berdymukhamedov concurred with this line of reasoning. But Mehr news agency, which covered the visit, did not mention whether there had been any talk to resolve the still festering dispute over natural gas sales. This selling of fuel – from Turkmenistan to Iran – had traditionally served as the backbone of bilateral trade until deliveries were suspended in January 2017. Last month, Mehr reported that Turkmenistan had formally filed an arbitration claim over the dispute.

Iran News Daily did allude to the gas dispute and cited a senior Iranian member of parliament, Heshmatollah Falahatpisheh, as saying the souring ties were cause for concern. Combined with Vaezi’s subsequent comments about the two countries seeking to increase bilateral trade to $60 billion, this may indicate a thaw is being considered. Another Iranian state media outlet, Shana, claimed that Vaezi announced plans to establish a bilateral committee to bolster energy ties. Turkmen state media was mum on Vaezi’s visit, however, and until it does comment on the relationship, one can assume the gas spat continues. Previous reports that a deal to settle the dispute was nearly at hand amounted to naught.

In some ostensibly positive news, this last week has seen the formal opening of the Garabogaz ammonia and urea fertilizer plant – a major addition to the nation’s industrial landscape. The project was completed by Japan's Mitsubishi Corporation and Turkey's Gap Insaat, a subsidiary of Calik Holding. There was a slightly worrying back-story here too, though. The plant was due to open in June and although no reason was given for the delay, it is hard to imagine the sacking of the head of state chemicals concern Turkmenkhimiya, Durdy Ashirmammedov, was not somehow related. Berdymukhamedov later claimed Ashirmammedov was fired because he received bribes from foreign businesses for urea exports, though he did not say who purportedly paid him off. Turkmenistan also remains overdue on payments to Belarus for work done on another recently built fertilizer plant in Garlyk.

Mystery still prevails over the effective blockade of Tajik trucks at Turkmenistan’s borders since late August. RFE/RL's Tajik Service, Radio Ozodi, claimed on September 11 that Ashgabat had sent a letter to the Tajik Ministry of Foreign Affairs stating that the transit ban was connected to concerns over potential drug trafficking. Officials in Dushanbe previously told Eurasianet they believed the ban may have been instigated by Tehran.

The wheels were spinning elsewhere though. Namely at the long-awaited Amul-Khazar car rally, which involved teams from the United Kingdom, Turkey, Ukraine, France, Spain, Israel, Saudi Arabia and Russia, among others. Rumors that Berdymukhamedov himself would join the rally, which were fueled by the fact he was given a license enabling him to do so, proved to just be speculation. Nevertheless, he did make sure to show off his passion for racing by taking part in a warm-up event on September 11, after which he was interviewed by Jean-Louis Schlesser, a longtime fixture in the automotive racing world and who apparently did much to organize the race on Berdymukhamedov’s behalf.