Tinkering with the legislature, megaprojects for the dauphin, and talking about coronavirus without mentioning coronavirus: This and more in our weekly briefing. 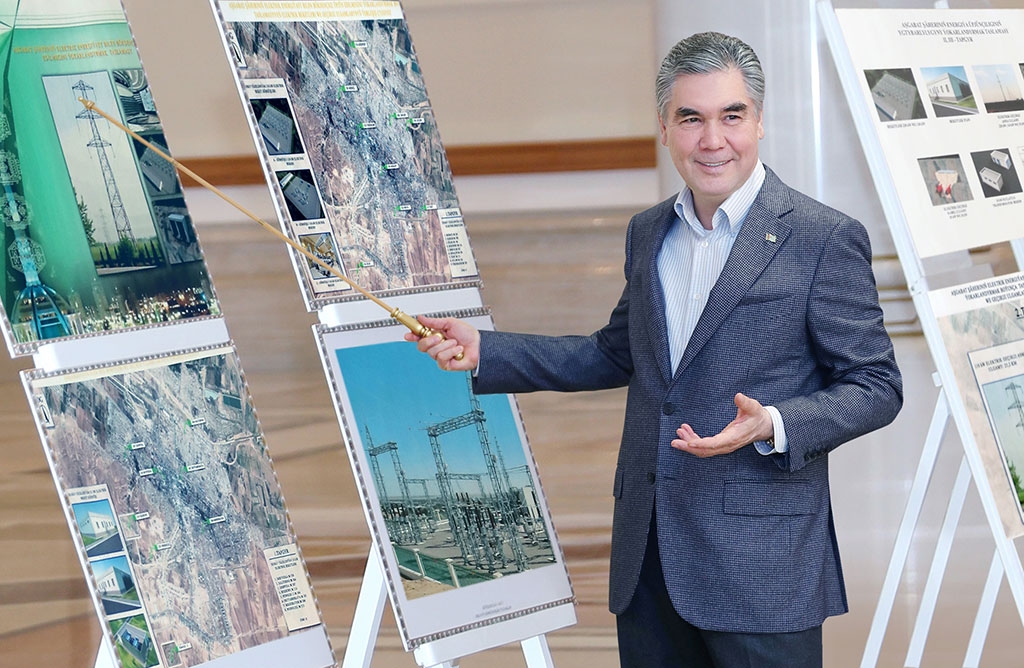 Turkmenistan’s legislature is about to get bigger, if not necessarily better.

On January 29, the Constitutional Commission met to outline its vision for an upper house of parliament – a Senate, in effect. The body will consist of 56 people. Each of the country’s five provinces and the capital city, Ashgabat, will elect eight deputies apiece. Only people’s representatives at those regional levels would be able to vote. The final eight Senators will be appointed by the president.

This is not the first time that President Gurbanguly Berdymukhamedov has tinkered with the legislature. Shortly after coming to power, he scrapped the Khalk Maslahaty, or People's Council, a huge gathering of officials and local dignitaries that was meant to carry the flavor of folkish, popular legitimacy. That institution was then revived in October 2017, but it is now being dissolved again to give way to the soon-to-be-formed upper house, which will, for sake of continuity, also be called Khalk Maslahaty.

Together, the Mejlis lower house and the Khalk Maslahaty will come to be known as the National Council, or Milli Geňeş.

In an important detail that hints at succession planning, the constitution is being amended to include the provision that the chair of the Khalk Maslahaty should take over as head of state should the incumbent president become incapacitated or die. Such curlicues are meaningless though. When Saparmurat Niyazov died in December 2006, interim control should have passed to the then-speaker of the Mejlis, Ovezgeldy Atayev, but he was instead summarily thrown into prison.

In a speech on the constitutional reforms, Berdymukhamedov anticipated that the changes would be finalized by July.

This rush cannot but bring to mind the disappearing act pulled by the president last summer. It was, in fact, around July that he went on holiday and failed to reappear for weeks on end, prompting his excited critics to wonder aloud if he might have died. Were he to repeat a similar trick this year, the succession mechanism would be a little less nebulous.

Eyes will now naturally be trained on that Senate chair seat. It will either be occupied by a placeholder or a genuine contender.

These are turbulent times among Turkmenistan’s higher echelons. An interior minister was last year fired and then quickly jailed after being subjected to a televised Maoist-style struggle session. And in January, Berdymukhamedov delivered ritual, humiliating dressing-downs of his defense minister and the head of the security services, even reducing the latter’s rank by two notches.

One previously little-known figure outside Berdymukhamedov's immediate family does appear to be enjoying more favor. Charymyrat Amanov, formerly the rector of the Interior Ministry Institute, was on January 30 promoted to a position as secretary of the State Security Council.

A gambler would, however, perhaps be well advised to put their money on the Senate chairmanship being, at some point, bestowed upon Berdymukhamedov’s son, Serdar.

Berdymukhamedov Jr. is currently serving as governor of the Ahal province, which surrounds but does not include Ashgabat. He got the job last year after working as deputy governor for a few months. The myth-making plan for Serdar is to cast him in the guise of the builder of cities. The project he has overseen since becoming governor has been to create a new settlement from scratch outside Ashgabat.

President Berdymukhamedov has repeatedly reviewed plans for that city, but state media only reported for the first time on February 3 how much construction would cost. The $1.5 billion budget will apparently cover the cost of installing communications and energy supply networks, as well as the building of key administrative and residential buildings.

Turkmenistan is no stranger to mega-projects. It recently spent $1.5 billion on a very under-used Caspian Sea Port and another reported $2.3 billion on a new airport for Ashgabat that opened in 2016.

Neither of those undertakings has been blessed with great success, and the same difficult fate awaits what could in time become Turkmenistan’s costliest white elephant. The price tag for completing the Turkmenistan-Afghanistan-Pakistan-India natural gas pipeline has been estimated at anywhere up to $10 billion. And that is if the sailing is smooth.

On January 29, Kabul-based outlet TOLO News revealed that letters of approval from the Afghan Ministry of Mines and Petroleum needed to start work laying pipes in Afghanistan had not yet been issued. This was despite the fact that construction had originally been slated to begin in 2017.

For all these troubles, the project remains very much at the top of Ashgabat's agenda. Foreign Minister Rashid Meredov was on February 1-2 dispatched to Kabul and New Delhi to do some wrangling.

There is more spending going on closer to home. On January 31, state media reported on the inking of a new contract with long-favored Turkish firm Calik Holding for the creation of telecommunications infrastructure for an ongoing high-voltage power-line project, plans to purchase of a new fleet of Hyundai buses, and the finalization of an earlier agreement to buy new helicopters for the Health Ministry from Russia's Kazan Helicopter Plant.

It appears that Berdymukhamedov is similarly profligate when it comes to his family’s education. Some online snooping by Amsterdam-based Turkmen.news has revealed that three of the president’s grandchildren had until recently studied at the International School of Geneva, where fees per student can reach $40,000.

The international panic around the coronavirus has reached even Turkmenistan. The epidemic has offered authorities the excuse to isolate the country even further. When a Ukrainian airliner was downed over Tehran, the state air carrier quickly responded by cancelling flights to the United Arab Emirates, whose route goes over Iran. Now, according to Turkmen.news, Turkmenistan Airlines has suspended routes to China, at least until April.

Uzbek media claimed on February 1 that Turkmen authorities had shut the Uzbekistan-Turkmenistan border as an additional precaution.

As many other countries have done, the government is busy repatriating its citizens from China. People returning to Turkmenistan are reportedly being held in quarantine, although no mention of this has been made in state media.

While mostly skimming over the details, state media does at least appear to be obliquely acknowledging the crisis. On January 30, Berdymukhamedov personally led a workshop on how best to avoid the spread of infectious diseases. (The word coronavirus was not mentioned in the state news agency report on this workshop, but was used in Foreign Ministry news updates).

It is hard to know if this hands-on approach is useful. A dentist by training, Berdymukhamedov has often trumpeted his own would-be medical expertise, primarily by penning multiple illustrated volumes on the efficacy of herbal remedies. These prescriptions have been eagerly promoted by the state, even when clearly ineffective.