Spraying chlorine, new infrastructure on the Afghan border, and claims of a naturally occurring COVID vaccine. This and more in our weekly Turkmenistan bulletin. 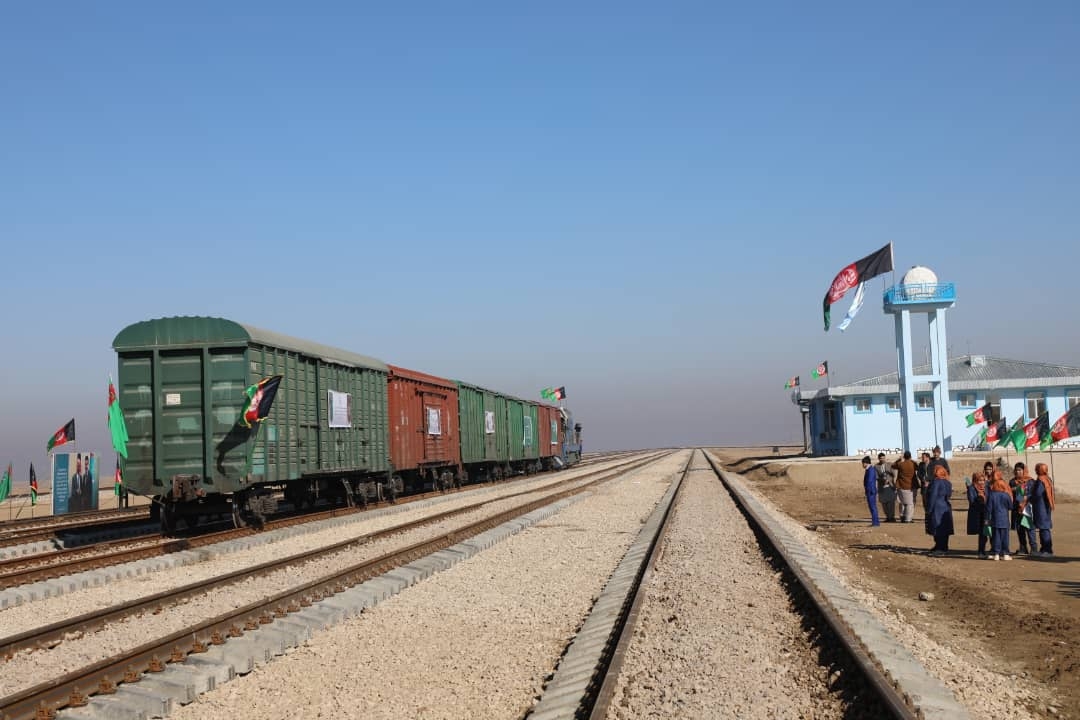 Turkmenistan has disinfected stretches of its Afghan border. (president of Afghanistan/Facebook)

The Russian Direct Investment Fund, or RDIF, the sovereign wealth fund behind the vaccine’s development, crowed that this was because its “partners highly evaluate the safety and effectiveness of the vaccine.” But where else is Turkmenistan supposed to turn?

While Ashgabat has said that it is willing to participate in the COVAX initiative, which is designed to ensure countries all over the world are able to source some quantity of effective vaccines against COVID-19, it is not known to have made an order.

RDIF did not specify in its January 18 statement how many doses of Sputnik V Turkmenistan is seeking. But state television showed medical workers already handling boxes of Sputnik V and rows of freezers in which the vaccine is to be stored.

In order to provide universal coverage to the population, 12 million doses of vaccine will be needed.

Or not, if one is to go by the Turkmen state news agency report on Sputnik V certification. Ever since President Gurbanguly Berdymukhamedov spoke late last year about the magical properties of licorice root, state media has aped his line. They have been largely circumspect about what precisely the plant is able to do, however. The matter was laid to rest this week, when the state news agency in effect argued it was tantamount to a naturally occurring vaccine.

“Scientists today can confirm that the active substance of this plant prevents the development of the new coronavirus. Even a small concentration of licorice root in the form of a liquid extract has a neutralizing effect,” the state news agency said.

A betting man would stake good money on the World Health Organization, which has eagerly abetted Turkmenistan’s denialism, looking on mutely as Turkmen health officials push this nonsensical and perilous guidance.

Because Turkmenistan denies it has recorded any COVID-19 cases, people must look somewhere other than the government for some kind of indication of the epidemiological situation. The sky is a good place to start.

Amsterdam-based Turkmen.news reported on January 18 that crop-dusting planes have again taken to the air in the Mary province to sprinkle chlorine – a practice that stems from Berdymukhamedov’s stated belief that the coronavirus is able to travel across vast spaces, carried by the desert wind. Helicopters are being used to disinfect areas along the border with Afghanistan. Although such bizarre methods are doing nothing to mitigate Turkmenistan’s COVID outbreak, they may, say farmers cited by Turkmen.news, be killing livestock.

This crackpot coronavirus defense strategy is likely to have been occasioned by what Turkmen.news has described as a major second wave of infections. Suspected fatalities include prominent representatives of the creative industries, leading some to wonder if ceremonies to mark the end of last year might have been super-spreader events.

Although the authorities have ostensibly banned all kinds of public events in the interests of preventing the further spread of COVID-19, some ceremonies get the green light. Namely, ones that involve the president, who is naturally kept at a safe distance from assemblies of the great unwashed.

On January 15, the president headed out by helicopter to the Lebap region to inaugurate a new gas compression station at the Malai natural gas field. He was joined there by members of the Cabinet, the speaker of parliament, and the Lebap governor.

The Malai field has been operating since 1986 and is used in part to fill a pipeline that runs through Uzbekistan and Kazakhstan, ending up in China. This new, state-of-the-art facility will, according to state media, help further develop this ageing field and add more pressure to pipelines delivering gas from the Galkynysh and Dauletabad fields.

Another attendee of the ceremony was Li Shuliang, head of the Ashgabat branch of China National Petroleum Corporation International, who was obliging enough to pretend that it was Berdymukhamedov that had made all this happen.

The actual launch of the facility was accompanied by some standard theatrics.

Berdymukhamedov placed his hand over a palm-reading touch screen scanner, whereupon a series of computer graphics on a jumbo screen provided an illustration of how gas is sucked out of the ground and then propelled into pipes toward China. Officials, Chinese guests, and energy industry laborers dressed in their work uniforms then applauded rhythmically and broke out into chants of “Arkadag shukrat!” or “Glory to Arkadag” – “patron” being the honorific by which Turkmens are compelled to refer to their president.

Malai lies adjacent to the Bagtyyarlyk field, which is where a 1,833-kilometer China-bound pipeline was inaugurated in 2009. Bagtyyarlyk is being developed by the China Natural Petroleum Corporation under a production-sharing agreement signed in 2007.

While hailing these achievements, Turkmen state news is careful to note that the country has other coals in the fire. There is the five-year supply deal with Russia’s Gazprom signed in 2019. Another is the east-west pipeline that can send gas in the direction of the Caspian coast in anticipation of some trans-Caspian pipeline that may or may not ever be built. And, of course, the elusive trans-Afghan route known as TAPI.

While TAPI may still be way off in the distance, other Afghan-related projects are already in dock. Another three were inaugurated on January 14.

A freshly minted railroad will connect Afghanistan’s town of Aqina, which is in turn linked to Turkmenistan via a railroad inaugurated in 2016, to the Afghan town of Andkhoy. Andkhoy will one day – it is hoped – become a stop along a railway route spanning from Iran’s Persian Gulf coast all the way to China, with several countries in between. Seeing as it took more than four years to complete the 30-kilometer Aqina-Andkhoy section, though, it is probably not worth expecting anything too soon.

Another important new piece of infrastructure is the 153-kilometer high-voltage power line running from Kerki, a town on the banks of the Amu Darya in eastern Turkmenistan, to Afghanistan’s Sheberghan. The project was part-financed by the Asian Development Bank, which oddly fails to get a namecheck in the state news agency report on the inauguration. The Associated Press cited Foreign Minister Rashid Meredov as saying in November that Turkmenistan has spent $1.25 billion on projects integrating Turkmenistan with Afghanistan. Initially, power delivered through the Kerki-Sheberghan line will reach Mazar-i-Sharif, but the plan is for Kabul to be supplied in a second stage due in early 2022.

Turkmenistan is selling power to Afghanistan at a particularly advantageous rate. During the inauguration ceremony, Afghan President Ashraf Ghani thanked the Turkmen government for lowering its electricity tariff from $0.06 per kilowatt hour to $0.035.

Finally, the commissioning of a fiber optic cable from Afghanistan to Turkmenistan will, according to the overblown rhetoric of state media, turn Turkmenistan into a “key information bridge” between Europe and Asia and improve connection speeds. This is specious reasoning. Any country that consents to install such equipment – which is almost every single country in the world, in other words – could be described as an “information bridge” by these standards.

In any case, it is not certain that Turkmen people are likely to measurably benefit from any of this. Authorities would rather they use the internet in only highly restricted and non-delinquent fashion. Access to unfiltered information is extremely limited.

The few people willing to risk documenting the difficulties of ordinary Turkmens operate under the most hellish of conditions – perennially subjected to surveillance, intimidation and physical assaults. Few are more courageous than 71-year-old Soltan Achilova, who is one of three human right activists to have been nominated for the 2021 Martin Ennals Award for Human Rights Defenders. She would be a deserving winner.