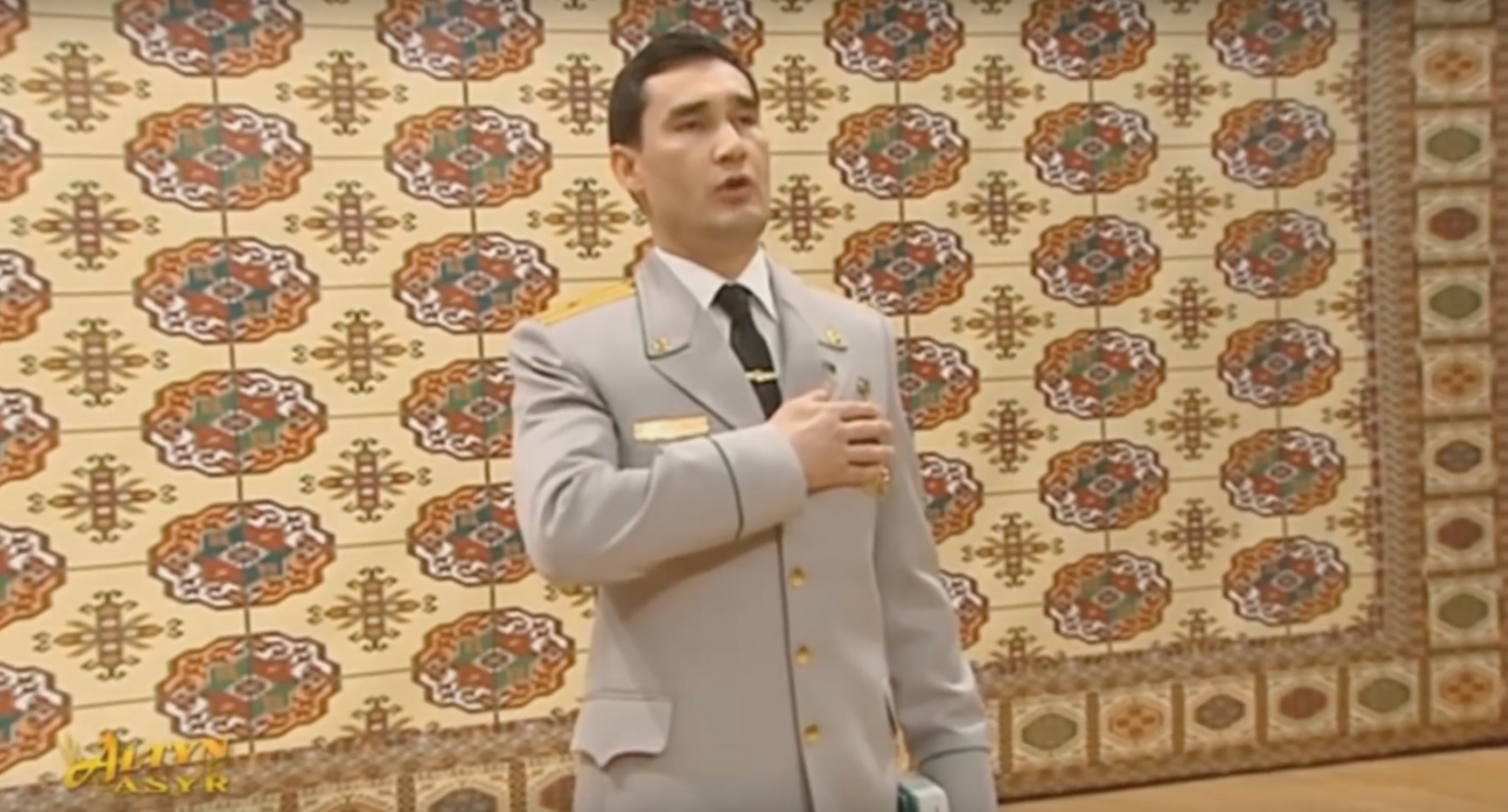 Serdar Berdymukhamedov seen in September 2017 after receiving a state award created in honor of his own grandfather. (Photo: Turkmen state television screengrab)

The president of Turkmenistan has given his son and presumptive successor a change of job.

According to a presidential decree published on January 2, Serdar Berdymukhamedov will be leaving the post of deputy foreign minister to take up a new role as deputy governor of the Ahal province. Ahal is the native region of the Berdymukhamedov family and almost the entire senior Turkmen elite.

The decree provides no explanation for reassignment, but the received supposition is that the 37-year-old, who is also a senior-ranking member of parliament, is being groomed to one day take over from his father, 61-year-old Gurbanguly Berdymukhamedov. Rotation among the various branches of government may accordingly be deemed good preparation for that eventuality.

The younger Berdymukhamedov was appointed deputy foreign minister in March 2018. That role afforded him the opportunity to gain valuable foreign policy experience. In April, he headed Turkmenistan’s delegation to a Minsk summit of foreign ministers from member states of the Commonwealth of Independent States. In July, he led a delegation to Vienna for a whirlwind of meetings, including with top officials at the United Nations, the director general of the International Atomic Energy Agency and the secretary-general for the Organization for Security and Co-operation in Europe.

As has been remarked upon in an exhaustive April 2018 profile compiled by the Chronicles of Turkmenistan, Berdymukhamedov junior is perhaps the only member of parliament whose actions receive press coverage. So it was that state television was in attendance when he inaugurated a hospital in September.

Serdar Berdymukhamedov has also been known to join his father in the various publicity stunts devoted to cultivating the image of Berdymukhamedov senior as a hands-on man of action. One example was when, in June 2018, he was seen with the president, supposedly designing and then building an off-road vehicle.

Exiled dissidents are deeply scornful of Berdymukhamedov junior’s prospects as leader-to-be, however. One mocking video uploaded to YouTube last year derided Serdar’s alleged lack of horsemanship skills — an attribute the voiceover commentary claims is indispensable for any president aspiring to credibility. Pressing their case further, the video-makers suggest that the younger Berdymukhamedov is “disgusted and terrified by horses and dogs.”