Turkmenistan: Puttin’ on the pits 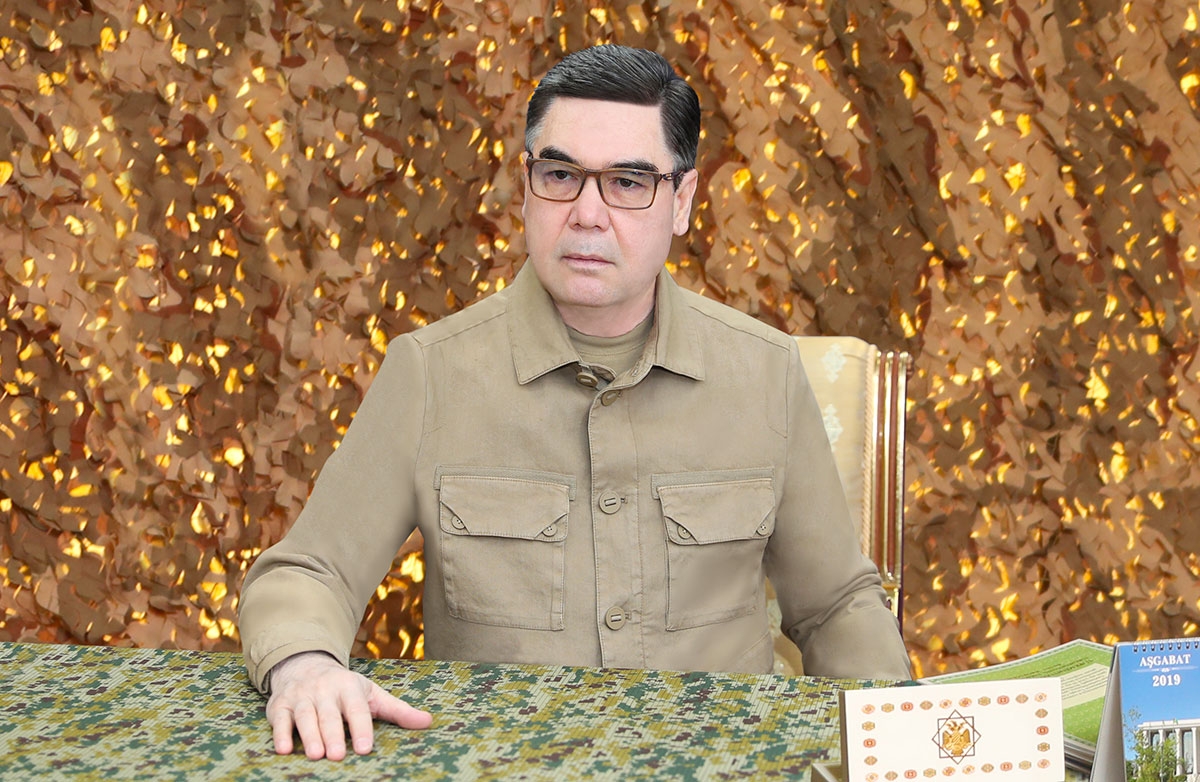 The president reprimanded his image-makers this week. (State media)

Activists welcomed Seyran Mamedov’s release from prison last week. Prior to his release, after he had served his full 15-year term, friends and family didn’t even know if Mamedov was alive. That’s still the case for another 120 political prisoners.

According to the Prove They Are Alive campaign, Turkmen officials recently added five years to the sentence of political dissident Gulgeldy Annaniyazov. He has been imprisoned on spurious charges since 2008 and also served time in the 1990s for organizing protests in Ashgabat.

The religious freedom watchdog Forum 18 also reported on May 9 that the UN Human Rights Committee determined Ashgabat had unjustly jailed three Jehovah's Witnesses. Forum 18 said that when it called the Foreign Ministry seeking comment, an official hung up on them.

It is all but certain Ashgabat will not comply with the UN’s ruling and release the three. Nevertheless, the government claimed success at the United Nations this week, announcing that it had been elected to three UN bodies, including the executive council of the World Food Program for the period 2020-2022. What Turkmenistan can contribute to this organization is unclear: The country has suffered widespread food shortages over the last year, largely due to mismanagement.

Shortages are more widespread outside Ashgabat than in the capital, but comments from Deputy Prime Minister Chary Gylydzhov make clear this is where the state's attention will remain. During a May 10 cabinet meeting, Gylydzhov said work was underway to expand the number of grocery stores in the capital. But the inventory challenges are not just limited to groceries – this week RFE/RL's Radio Azatlyk reported that pharmacies in Ashgabat have run out of insulin.

The slavishly pro-government Gundogar-News outlet reported that President Gurbanguly Berdymukhamedov insisted the new stores be modern and their exteriors attractive – code for the president’s obsession with covering everything in marble. This may be an opportunity for the imitation marble a local company is set to begin producing because Berdymukhamedov also has insisted on slashing imports.

Berdymukhamedov's love for flashy architecture is well known. On May 8 he launched a new village in the Serdar district of Balkan Province. That is as close as state media will come to admitting that the previous village on the site was destroyed by flooding in April.

The exile-run Chronicles of Turkmenistan reported that the event featured Potemkin buildings and that even the solar panels and wind turbines broadcast on state television were made of cardboard. (A viewing of the state TV report bolsters these claims.) The same Chronicles story notes that images of ducks on a nearby body of water were not sitting on a lake, but rather a water-filled tarp draped over a pit. Outlets like Gundogar-News, on the other hand, pointed to imagery of a lake to hail Berdymukhamedov’s efforts to build the giant Altyn Asyr lake in the desert, the status of which remains unclear.

Gundogar-News was launched in 2015 and looks designed specifically to attack the opposition-linked Gundogar.org website, which has been posting from exile since around 2000.

The government goes to great lengths to ban such outlets. Domestically, Turkmen can only access them through a virtual private network (VPN), but such work-around services are widely used. Although the accuracy of the data is unclear given that VPNs attempt to mask the origin of internet traffic, Amazon's Alexa data service lists YouTube, which is blocked, as the fifth-most visited site in the country.

Something in Turkmenistan's state media has upset Berdymukhamedov. On May 7 he fired Byashim Atayev as director of the Miras television station and issued a “severe reprimand” to Nurmammet Garlyev, chairman of the State Committee on Television, Radio Broadcasting and Cinematography. No reason was given for Atayev's sacking – or why the president decided to reshuffle editors at the Nezil newspaper – but Garlyev apparently "weakened the control over the work of television and radio stations." Deputy Prime Minister Bahargul Abdyeva, who oversees state media, got off somewhat lighter, with just a regular reprimand.

One certainty is that state media will continue to revolve around Berdymukhamedov. The president’s cult of personality occasionally grabs international attention because state media broadcasts each of his action-hero stunts, synthesized serenades, and rally-car joyrides on YouTube. Naturally, they are quickly distributed and mercilessly mocked.

Small wonder the site is blocked.

Ashgabat shows no signs of joining neighboring Uzbekistan, where Eurasianet and many other independent news sites were unblocked last week. It is rather more likely to join Russia, which is seeking to ban VPNs.

A Russian delegation headed by Russian Deputy Prime Minister Konstantin Chuichenko and Deputy Foreign Minister Grigory Karasin visited Ashgabat on May 7, most likely to discuss gas sales. Russia resumed buying gas last month, but the volumes are far below historic levels. Berdymukhamedov spoke loftily of expanding ties, but other than an agreement with a film school in Moscow, the only document signed was on establishing a joint business council with Russia’s Astrakhan Region.

Six days later, Berdymukhamedov hosted a high-level delegation from another gas-rich neighbor, when Iranian Foreign Minister Mohammad Javad Zarif dropped by. Ties between Ashgabat and Tehran have been strained in recent years and the two sides are reportedly headed for arbitration over a gas dispute. State media didn’t discuss these difficulties, but it is unclear what was on the agenda.

Details were sparse in Iranian media as well, though Tehran's Mehr News Agency reported that Zarif spoke on May 13 of “fully expand[ing] ties.”

This could be a sign that Tehran, under sanctions pressure since the Trump administration unilaterally scrapped the 2015 nuclear deal a year ago, is looking for a thaw with Turkmenistan. There is precedent for Iran to use Central Asian states to dodge sanctions; Ashgabat too seems interested in warmer relations with its neighbors. However, doing business with Iran is difficult even without the recent spats, given the risk of “secondary sanctions.”

Further dampening the chances anything significant will result from the visit is the awkwardness of its timing: Zarif is in Ashgabat just as tensions with Washington are rising in the Gulf.