The president gets another title, ignores soaring food prices, starts a charity, and pens a ditty to his favorite city. This and more in our weekly Turkmenistan briefing. 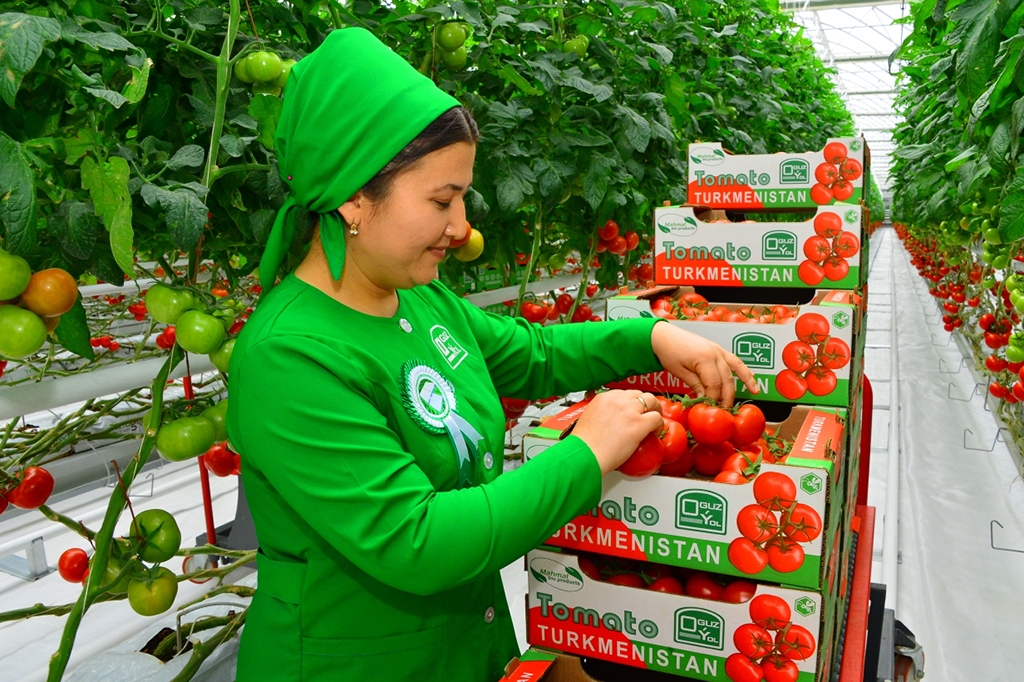 Turkmenistan has a new chamber of parliament – the Senate.

A vote of sorts was held on March 29 to select its 48 elected members. Senators were picked by the more than 225 local deputies representing the country’s five provinces and the capital city, Ashgabat.

The dozens of candidates taking part variously got around 30-60 percent of votes cast. One candidate excelled, however. President Gurbanguly Berdymukhamedov got fully 100 percent of the votes cast by deputies in his home Ahal province.

And what was the point exactly? That is anybody’s guess.

The official tale is that creating an upper house of parliament will, as the state newspaper Neutral Turkmenistan opined, “make it possible to even more widely represent the interests of all segments of Turkmen society, including the regions.”

Given that the country operates at the whim of an unaccountable despot, however, this explanation is not taken seriously by anybody serious. That same Neutral Turkmenistan article is possibly being less disingenuous, though, when it asserts that the Senate “will facilitate … effective control over the implementation of laws and government programs.”

Berdymukhamedov is the archetypal, control-obsessed micro-manager, a fact attested to most vividly by how he insists on being consulted on even trivial aspects of urban planning in Ashgabat, right down to the bus stops.

For all Berdymukhamedov’s desire to preside over a reliable information feedback mechanism, this goal continues to elude him. In a country where so much seems to go wrong, it is in the interests of the entire hierarchy to keep the president in the dark as much as possible.

Berdymukhamedov’s decision in February to appoint his son and likely successor, Serdar, to chair the Supreme Control Chamber, a body which oversees government spending, certainly makes sense in that view of things.

This may be overthinking matters, of course. Another, simpler, although not necessarily mutually exclusive, explanation could be that a succession strategy is being cooked up whereby Berdymukhamedov the senator would gradually slide into a background sinecure. He could covertly continue to run the show, but nominally hand over the reins to his son or some other simpering lackey. That is more or less the scenario that has played out in Kazakhstan.

One hint of Berdymukhamedov’s aspiration to assume the detached guise of a father of the nation came in the creation this week of something called the Gurbanguly Berdymukhamedov Charitable Foundation for needy children. Again, the precedent of Kazakhstan is instructive. Charities opened there under the auspices of former President Nursultan Nazarbayev were clearly intended to burnish the ex-leader’s compassionate credentials and signal his continued engagement in public life. Never mind that they have mostly turn out to be little more than fluff.

The Senate election did not involve the population at large, which is just as well, since it has little immediate implications for them.

Life for regular folk is about doing things like processing the reality of fresh escalations in the price of staple food products. Amsterdam-based Turkmen.news reported on March 29 that the cost of beef in Mary province has risen to 75 manats (around $2.30 at black market rates) per kilogram, setting a nationwide record.

“The bazaar is full of wares, but nobody buys them. People used to come out of the bazaar with two or three large bags full [of shopping], but now it is becoming more common to see buyers with one small bag,” a resident of the Lebap province told the website.

Turkmen.news estimates that families now need 4,000 manat ($125) to cover their monthly food bills. That sum is several times higher than the average salary.

The state is belt-tightening too. Deputy Prime Minister Gadyrgeldy Mushshikov reported at a cabinet meeting on March 26 that a number of enterprises currently run by ministries and local government are to be privatized in the interests of rationalizing costs.

“The competent implementation of public-private partnership will allow the state to save money … increase employment, cultivate entrepreneurship and, at the same time, improve the quality of goods and services," Berdymukhamedov remarked approvingly.

The private sector is being held up as the panacea to all evils in Turkmenistan. On March 25, Berdymukhamedov traveled to the Kaakhka district in the Ahal province to open a greenhouse complex built by the Union of Industrialists and Entrepreneurs of Turkmenistan, or UIET, the parastatal conglomerate charged with midwifing the transition to market rules. He inaugurated another five complexes dotted across the country in an online ceremony. The president said, as if in an unspoken rebuke to all those talking of food shortages, that Turkmenistan has become an energetic exporter of fresh goods.

“In 2020, UIET members exported 37,750 tons of tomatoes, which is 70 percent more than in the previous year. Over the [first] two months of this year, 16,000 tons of fresh tomatoes have been sent to other countries,” he boasted.

The success of the greenhouses is a matter of some priority as they happen to be the baby of Berdymukhamedov’s son, Serdar.

But not all is well with Turkmen tomatoes and those greenhouses. Rosselkhoznadzor, Russia’s agricultural watchdog, reported on March 26 that it has been in talks with agriculture officials in Turkmenistan over concerns that Turkmen tomato imports have been found to be infected with the brown rugose fruit virus. Rosselkhoznadzor representatives raised the alarm in February.

Although the Turkmens said that they had examined their greenhouses for outbreaks, Rosselkhoznadzor appeared skeptical, noting that the Turkmens had no specialized equipment to do their inspections and were relying solely on visual data. A Russian ban on Turkmen tomato imports may be the result.

In times of trouble, what is more cheering than a singsong? Sure enough, Berdymukhamedov and his favorite grandson, Kerim, have obliged with a jointly penned ode to the capital city, “My white city – Ashgabat.” Berdymukhamedov wrote the verses, while Kerim did the melody, supposedly. A performance of the song last week was, naturally, played in full on the evening news.

And anybody wishing to recreate the magic of the song in their own home may do so with the help of the sheet music, which was helpfully published in Neutral Turkmenistan newspaper.