Is it incompetence, old-fashioned embezzlement and corruption, or a lack of loyalty that worries the president? This and more in our weekly Turkmenistan briefing. 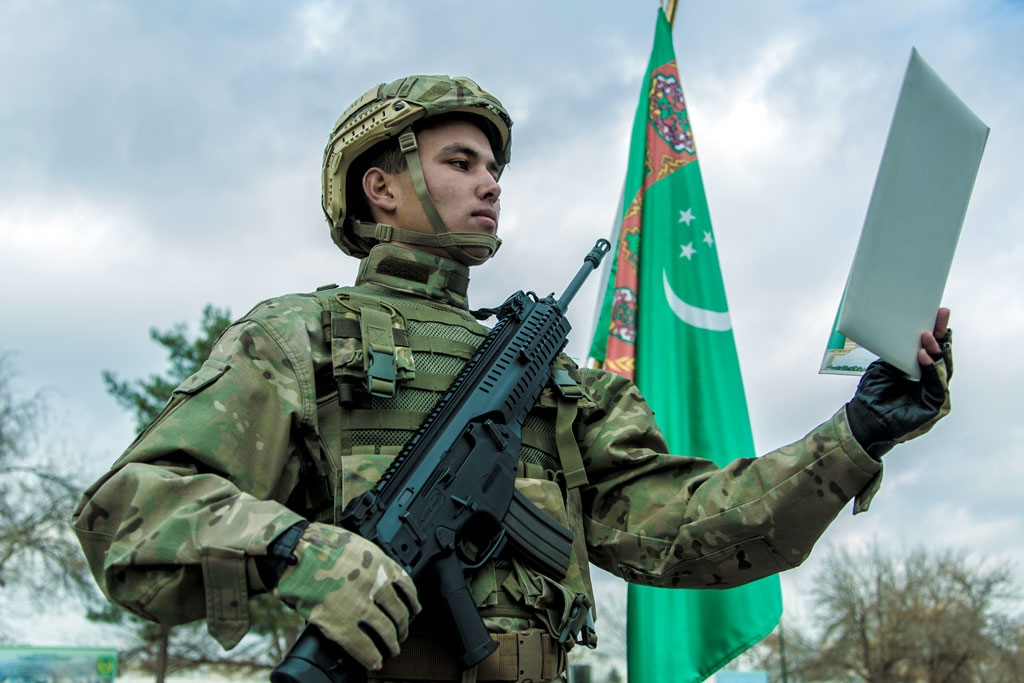 Read the rules! The president is perfectly willing to throw his most important security officials directly behind bars. (state media)

One of Turkmenistan’s most enduring mysteries is just how many people actually live in the country.

The last time the government conducted a national census was in 2012, but the results were never published. RFE/RL reporting last year suggested this might have been because of the awkward fact that, as some anonymous sources in the Turkmen government have claimed, the findings showed almost 2 million people had left the country in a 10-year period.

As it is, the population could be anywhere between 4.4 million – the latest available official figure, from the mid-1990s – and 5.4 million, which is the most commonly cited tally. The case for believing the lower estimate is that countless people have emigrated for good out of despair at the economic hopelessness and the stifling lack of basic freedoms.

Authorities will get another chance to clear up this uncertainty in 2022. At the January 24 meeting of the Cabinet, Gochmyrat Myradov, the deputy prime minister with the economy and finance portfolio, outlined preparations for the census scheduled for that year. That groundwork consists so far in putting out tenders for “the necessary equipment,” which may, if recent experience is anything to go by, prove another lucrative opportunity for a well-connected local businessman.

Senior security officials have been having a rotten time of late. Both the Defense Minister and the head of the security services were issued with reprimands by President Gurbanguly Berdymukhamedov last week.

Defense Minister Begench Gundogdyev has been given his “last warning” over unspecified shortcomings.

But that was nothing compared with the treatment reserved for the chief of the National Security Ministry, Yalym Berdiyev. Although he got to keep his job, Berdiyev was demoted from colonel-general to major-general, which implies the humiliating loss of two stars from his epaulets. He has also been fired from his post as secretary of the State Security Council.

Official news outlets offer no intelligible justification for this move, although Vienna-based Chronicles of Turkmenistan has a few theories, based on information provided by unnamed sources.

One is that Berdiyev has tried to cover up the number of Turkmens allegedly slipping across the border to join militant groups in Afghanistan. The president only learned of this after being briefed directly by the Afghans. Gundogdyev, meanwhile, may have been indulging in good old-fashioned embezzlement and corruption. If the recent dramatic downfall of the now-imprisoned former Interior Minister Isgender Mulikov shows anything, it is that Berdymukhamedov is perfectly willing to throw his most important security officials directly behind bars, so Berdiyev and Gundogdyev will be excused for feeling nervous.

In news from a parallel world, the interagency commission on human rights, which brings together a cross-section of officials, lawmakers and would-be public organizations, on January 22 held one of its regular meetings to discuss “implementation of Turkmenistan’s international obligations in the field of human rights and international humanitarian law.” This is an unabashed mockery that Turkmenistan’s partners seem confoundingly willing to humor.

The energy sector is undergoing quite a shake-up too.

Berdymukhamedov approved what appears like a reorganization of the Power Ministry, which is in charge of electricity generation and distribution. Charymyrat Purchekov, who previously held the job of deputy prime minister with the portfolio for transportation, communications and industry, is taking over as interim head of the ministry.

The outgoing minister, Myrat Artykov, is being given the strategically important role of overseeing the completion of efforts needed to export electricity to Afghanistan and Pakistan. This is an important task as Turkmenistan sees electricity as a valuable way of diversifying its energy exports, which are now overwhelmingly dominated by the sale of natural gas to China.

To that end, the Power Ministry on January 24 signed an agreement with Turkish-company Calik Holding, a longtime major player across many fields of industry in Turkmenistan, laying down the legal framework to possibly construct a 220-kilowatt transmission line linking the energy grids of Turkmenistan and Afghanistan.

This chronic inability of Turkmen officials to cope with the duties assigned to them has evidently come to the attention of Berdymukhamedov, who has in his current mania for reorganization ordered an overhaul of the Presidential Public Administration Academy. When Berdymukhamedov created the academy in September 2008, less than two years after coming to power, it may have kindled hopes of enhanced professionalization among the civil service, but that optimism was quickly dashed. The president can insist on all the revamps that he likes, but given that total and slavish subservience is all that is required of his underlings, it would be foolhardy to expect results.

Having so energetically chased the import-substitution model, Berdymukhamedov is now pushing his minions to look for ways of exporting surplus food products. This will become a recurring talking point as the government tries to justify the effort it has put into food-processing industries, an area whose development seems to have come at the cost of simpler staples like meat, eggs and flour, which are often in short supply.

The Health Ministry this week trumpeted the news that labs at its state sanitary and epidemiological service, which is responsible for assuring food quality standards, have been granted international standards accreditation by the Latvian National Accreditation Bureau. To make a long story short, buyers of Turkmen goods – meaning anything from dairy goods to confectioneries, and meat and fish, to fruit and vegetables – should now be reasonably certain the wares will not definitely poison them.

But is unlucky Turkmenistan, as all too often, a day late and a dollar short? Its closest partners do not make for very promising markets. Turkey has got a vast food processing industry of its own. And Russia has erected a Eurasian Economic Union-shaped wall around itself and other members of that bloc.

There is always Afghanistan. As Ashgabat-based Gundogar-News reported this week, Turkmen company Milly Sungat had a good 2019, exporting 29 tons of corn chips to Afghanistan over that period. It intends next to start making packaged cookies and peanuts.