Turkmenistan: Shining city upon a desert

The government is planning a new city that will accommodate more than 100,000 people. 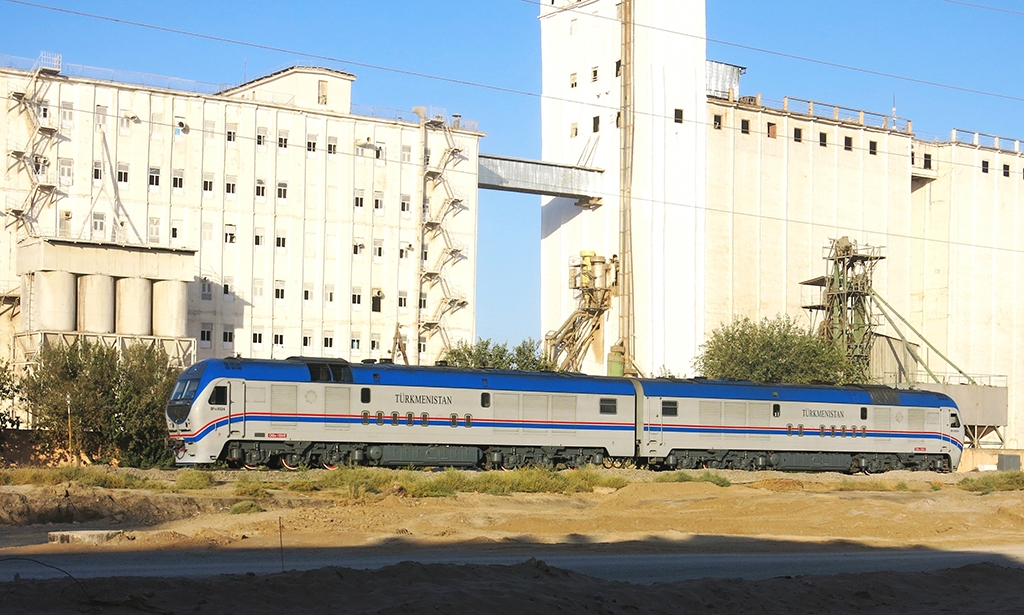 Turkmenistan is finally making a public show of thinking about the security implications of its trans-Afghanistan gas pipeline dream.

On June 22, Afghanistan national security advisor Hamdullah Mohib travelled to Ashgabat to discuss joint efforts on providing protection for the infrastructure projects they hope will give their respective economies a much-needed leg-up. Although the Turkmenistan-Afghanistan-Pakistan-India, or TAPI, pipeline is the best known of these, the highly optimistic agenda is much broader and envisions the construction of fiber optic internet links and high-voltage power lines.

Some days earlier, a delegation of Turkmen officials had visited the western Afghan city of Herat, which will be an important juncture of TAPI’s route. They also came with more talk about building railway tracks that would enter Afghanistan at two points, Torghundi and Aqina, which are roughly 350 kilometers from one another as the crow flies.

Both those strands of notional railroad contain stories about the chronic delays that invariably blight infrastructure in this part of the world.

RFE/RL’s Bruce Pannier told the tale of the northern Aqina spur well in this 2016 article. The southern Torghundi-Herat route cannot be making much better progress given that the Turkmens and Afghans are still stuck at the phase of signing memoranda of understanding about exploration, design and construction.

In the broader picture, this transportation blueprint is intended as part of what is known as the Lapis Lazuli network, an Asian Development Bank-backed vision ultimately intended to bring about a continuous and reliable physical link between Afghanistan, Turkmenistan, Azerbaijan, Georgia and Turkey.

Back on the home front, the sweeping visions are of a more parochial nature.

The evening news on June 22 featured an extensive report about President Gurbanguly Berdymukhamedov inspecting a vast model of the Ashgabat-City project, which will rise up from the sands on the northern edges of the capital. The camera ceaselessly panned, swooped and hovered over the finely detailed maquette, which showed an improbably utopian vision of hyper-modern buildings, finely curated lawns and vacant tree-lined avenues.

The model may not have considered the human beings, but if the government’s figures come anywhere close to being fulfilled, Ashgabat-City will be a populous place. State media says the district will span around 75 square kilometers, accommodate 180 apartment blocks, all between 12 and 35 stories high, and provide homes to more than 107,000 people.

At first glance, these calculations feel ambitious, but TDH state news agency reassured readers that President Berdymukhamedov has “carefully studied the layout and interrelation of all the details of the project, which was designed with demographic, social, economic, ecological and aesthetic factors in mind,” so it is probably all fine.

What is what not revealed, however, is how much this will all cost and who will do the work. The former will likely never be known, while it is probably safe to assume companies under the umbrella of the parastatal Union of Industrialists and Entrepreneurs will be divvying up most, if not all, of the financial spoils.

Some new numbers have come to light though, courtesy of the maiden publication of a voluntary national report compiled as part of the United Nations Sustainable Development Goals agenda. The survey finds that average monthly salaries in Turkmenistan stand at a little over 1,500 manat, which is a relatively handsome $430 at the official rate, but about one-fifth of that at the black-market rate. Around 46 percent of people’s income goes toward buying food, far higher than anything imaginable in the West, but roughly in line with figures seen in Russia in recent years.

Perusing such publications can be drily interesting, but there a couple of giveaways about how much accuracy one should expect from this one. Much of the data is provided by state bodies, including the pathologically loosey-goosey State Statistics Committee. And when a section about human rights begins with the words, “the protection of human rights and the creation of conditions in which citizens can exercise their rights and freedoms is an integral part of state policy,” you know this is mostly a box-ticking exercise for UN career bureaucrats.

Consider some news coming out of a rare foreign trip by Berdymukhamedov this week, to Russia’s republic of Tatarstan. The working visit took in the usual kinds of appointments. First there was an inspection of some locally made machinery, including a medical helicopter produced by Kazan Helicopters to which the president took a particular liking and that may well feature in some future state media stunt. On a more immediately practical front, Berdymukhamedov said during his bilateral talks with Tatarstan President Rustam Minnikhanov that he would like to see cooperation in the food producing and processing sector. The Turkmen leader said he would like to see ever more growing number of Turkmens completing their studies in Tatarstan.

At the crowning gala concert, the local audience was apparently wowed by a performance by Turkmen musicians of a song called Arzuw. Fans of Berdymukhamedov’s musical output will know this as the tune he sang with his grandson, Kerimguly, to such great effect – in Turkmen, English and German – at the pre-New Year celebrations in December. There is some lingering confusion about who is responsible for creating this song though. The report from Kazan attributed the music to Berdymukhamedov senior and the words to Kerimguly. In December, it was the other way around. The public demands to know.

Since any visit like this needs to be capped off by some kind of business deal (of which there were very few, as it happens), the state news agency cited Mammetkhan Chakiyev, the deputy prime minister with the portfolio for transport and communications, as saying that Turkmenistan had made an order for the delivery of 2,000 KAMAZ trucks. Eagle-eyed reporters at Vienna-based Chronicles of Turkmenistan, however, picked up on a Russian news report that alluded to a more modest order for 250 dump trucks.

Money is always where fantasy shatters against the rocks of reality. Amsterdam-based Turkmen.news reported this week on how Turkmen students living abroad who receive money by wire from relatives are having cash confiscated from them upon their return home. Why? Well, manat are sent abroad at the advantageous official exchange rate, so there is a healthy profit to be made for anybody able to take that freshly acquired foreign cash back to Turkmenistan for sale on the black market.

As a grim account in the Chronicles of Turkmenistan explains, it certainly makes no sense for migrant laborers to try and use services like Western Union to send cash in the other direction. And this is just one piece of a broader dynamic that the report argues is leading to a rising trend of family breakups. Returning home is made deeply unappealing by the arbitrary excesses of predatory migration officials. Reluctance to send back money loosens those family bonds even further.

Correction: Due to an error in calculation, the population density in Ashgabat-City in a previous version of this article was incorrect.