The mere speculation of the president’s death has arguably generated more attention for Turkmenistan than any sports event or international conference ever did. 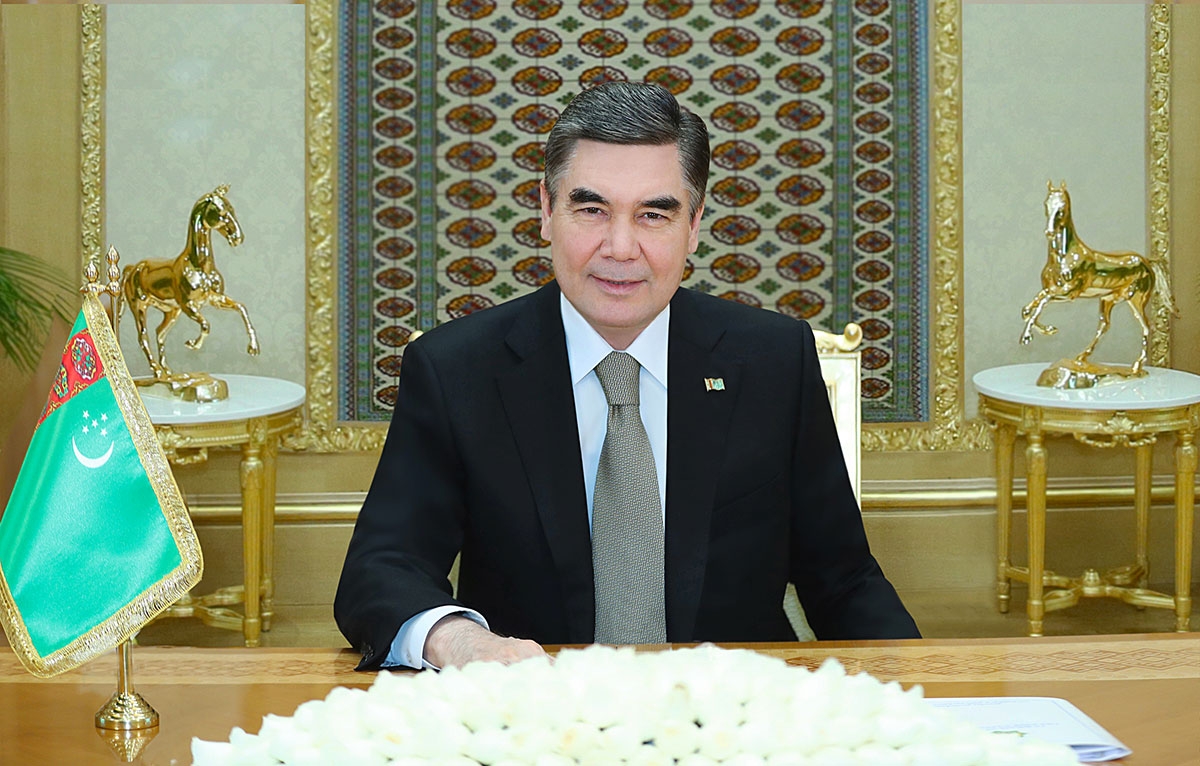 Is this a recent photo of Turkmenistan's president? Unclear. (turkmenistan.gov.tm)

Over the weekend, Turkmenistan’s president joined that exclusive club of regional leaders who have at some stage been object of feverish sudden death rumors. The mere speculation has arguably generated more attention for the country than any sports event or international conference ever did.

Some speculated what might have happened if he had died. Others rued that it would be difficult to know even if he was dead. And then were those who wondered aloud who might stand to benefit from sowing disinformation about Berdymukhamedov’s passing.

The swirl of unconfirmed rumor began from a Sweden-based opposition outlet called Erkin Turkmenistan, which cited what it said were sources inside Ashgabat as saying that Berdymukhamedov had succumbed to kidney failure. This claim was itself built on a catalog of earlier allegations about the president’s would-be chronic health problems.

Back in May, Vienna-based Chronicles of Turkmenistan reported, citing Turkish health officials, that a large team of top-notch doctors from Turkey had been urgently flown to Ashgabat for some unknown purpose. The speculation was that they were there to treat Berdymukhamedov, who rumor (again unsubstantiated) has it may have at some point undergone a kidney transplant.

Gundogar, another foreign-based opposition publication, noted that Berdymukhamedov has not been seen in public since July 5. He has since appeared on news bulletins, but it is unclear if the footage was pre-filmed.

To confuse matters further, and this is also scuttlebutt of long standing, it is believed that Berdymukhamedov’s mother is gravely ill and that her son may have been visiting her in a German hospital. And that this may have explained his absence. Sure enough, Turkmen media-in-exile have for many months been alluding to mysterious flights to and from Germany. (The founder of Erkin Turkmenistan told Eurasianet on July 21 that his sources informed him that Berdymukhamedov’s mother had died and was set to be buried in Gypjak, which is odd as that is the home village of the late President Saparmurat Niyazov – a figure whose eccentric legacy has been largely spurned by Berdymukhamedov.)

Following some surprising quick and sharp denials from embassies in Kyrgyzstan and Russia, official Ashgabat has reacted to this tsunami of conjecture with characteristic lethargy. Something odd is indeed going on with the state media machine. Television news bulletins continued, as of the evening of July 22, to not air fresh images of the president. The main government website and the state news agency website both ran no material at all on July 22, which is unusual. Neutral Turkmenistan newspaper is published daily as usual, but the bland content therein offers no clues about anything.

Well, whatever Berdymukhamedov is getting up to, he has some important appointments coming up.

The state’s energy is being pointed this summer toward making a success of the inaugural Caspian Economic Forum, which is to be held on August 11-12 in the resort town of Awaza. This event has been firmly near the top of the government’s agenda since last August, when the five littoral states surrounding this closed body of water collectively signed the Convention of the Legal Status on the Caspian Sea.

What exactly Turkmenistan hopes to gain from the forum is not so clear. Official Turkmen delegations have been fanning out to all the Caspian nations, as well as nations slightly further afield, such as Uzbekistan and Georgia, and even Saudi Arabia and France, to tempt representatives to attend.

Apart from drumming up investment, this forum will be another chance to showcase Awaza, which has cost countless of billions to build. An eight-minute video posted on the official Caspian Economic Forum website trumpets the hotel and tourism infrastructure, which includes a yacht club. The only yacht definitely known to be moored there is Galkynysh, a 59-meter pleasure cruise built by Italy’s Benetti.

One country that the Turkmens are not bothering to court is Tajikistan. The two nations have for more than a year been embroiled in a feud whose ultimate causes are still something of mystery. Turkmenistan has blocked Tajik overland freight from crossing its territory, hindering long-distance haulers trying to reach transportation outlets in the Persian Gulf.

This makes it all the more ironic that maybe the most heartening news for Turkmenistan this week has come out of Tajikistan. The deputy head of Dushanbe-based gas transit company Tojiktransgaz, Shavkat Shoimzoda, announced on July 16 that tunneling work on Line D of the four-strand China-Central Asia pipeline has finally begun. Completion of this route could enable Turkmenistan to double its gas shipments to Beijing, which would generate much-needed revenue. The bad news is that construction is now not expected to be completed before 2024.

And there was more promising news on the Tajik-Turkmen axis when Tajikistan's First Deputy Transportation Minister Suhrob Mirzozoda said, according to a July 17 report, that Dushanbe had reached an agreement with Kabul on proceeding with the serially delayed tri-nation Tajikistan-Afghanistan-Turkmenistan railroad.

One unconfirmed theory is that Turkmenistan’s beef with Tajikistan originally stemmed from the latter’s unwillingness to follow through with this project. And yet, Dushanbe’s Asia-Plus newspaper cited Mirzozoda as saying that Turkmenistan’s freight blockade remains in place, so it is hard to know what is going to placate Ashgabat.

Even as state media continues to excitedly present models for the brand-new city in the desert dreamt up by Berdymukhamedov, the gleaming, marble-clad capital itself is showing signs of wear.

Netherlands-based outlet Turkmen.news reported that on July 16 an apartment in the center of the city partially collapsed after a gas explosion. Earlier in July, RFE/RL’s Turkmen service, Azatlyk, noted that Ashgabat was struck by significant water outages after a water main burst.

The situation is worse in the provinces. On July 20, Azatlyk reported that Dashoguz residents had experienced regular power outages over the preceding 10 days amid sweltering temperatures of around 47 degrees Celsius (117 Fahrenheit).