Armed militants crossing from Afghanistan, shuffling officials and seeking investments: This and more in our weekly Turkmenistan briefing. 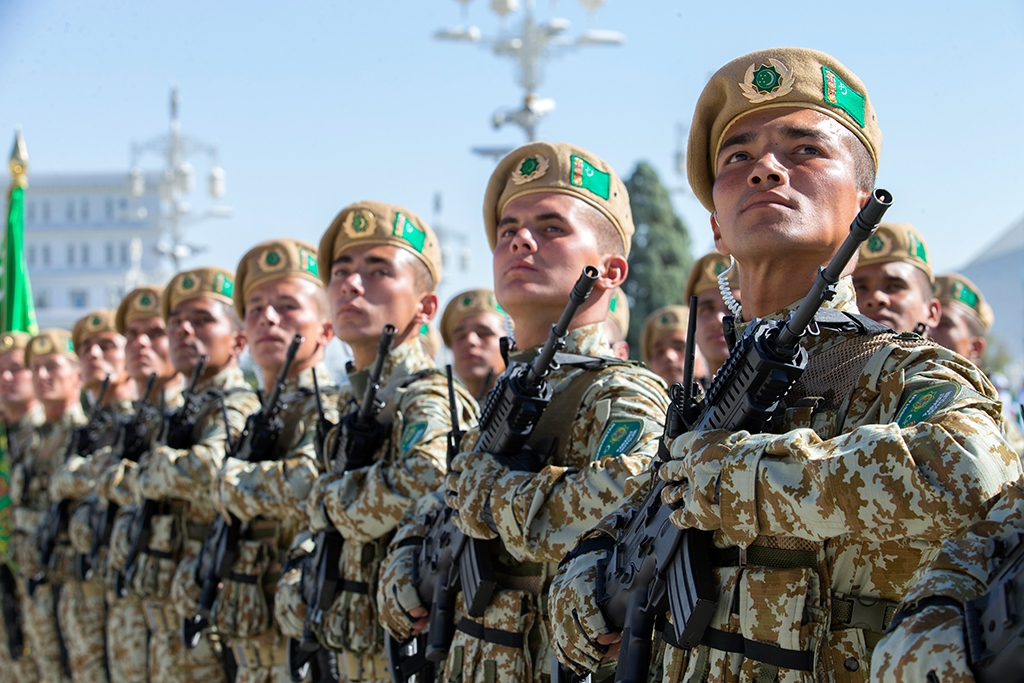 Shepherds in remote areas of eastern Turkmenistan have been reporting more frequently about spotting armed militants crossing from Afghanistan, according to a February 10 article by RFE/RL's Turkmen service, Radio Azatlyk. The sound of sustained gunfire is also routine, although the fighting is confined to the other side of the border.

Such accounts must generate anxiety in Ashgabat, particularly in view of the president’s diminishing confidence in his own security personnel, as demonstrated by his dressing-down last month of Defense Minister Begench Gundogdyev.

There have been near-border skirmishes before.

The last major incident occurred last March, when Taliban forces chased hundreds of Afghan government-aligned soldiers into Turkmenistan. In an indication of just how much Ashgabat frets over angering the militants, the Turkmens quickly handed the troops over to the Taliban, according to reporting by the New York Times. In July 2018, Azatlyk reported that around 25 Turkmen soldiers had died in clashes along the border when they engaged gangs of drug traffickers. Government-aligned media later denied this claim.

If recent reports of the Russian armed forces secretly assisting their Turkmen colleagues are accurate, it seems probable this cooperation will need to be escalated. 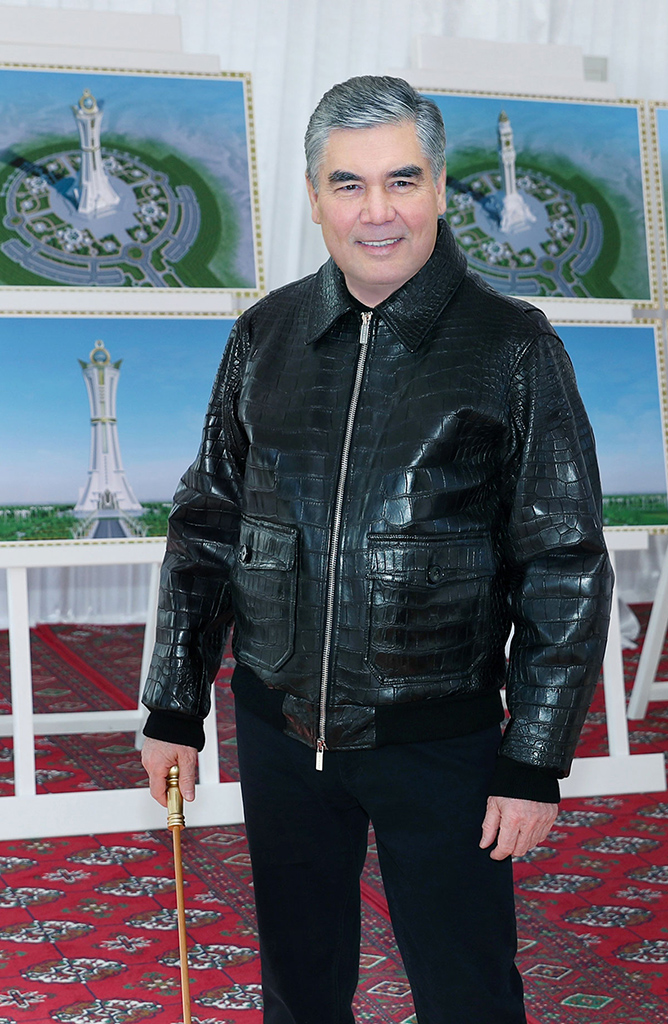 In the calmer environs of the capital, President Gurbanguly Berdymukhamedov was up to his usual antics. On February 4, he toured the international Akhal-Teke equestrian center, where he posed for photos astride a horse while wearing an embossed leather jacket with fabric trim. On the same day, he took a helicopter ride to inspect new construction ongoing in the city’s southwestern districts.

A few days later, Berdymukhamedov was shown on state television strolling along Ashgabat's famed Health Path, a 36-kilometer (22-mile) walkway built into the side of the Kopetdag range. Editors at the Vienna-based Chronicles of Turkmenistan edited the footage and set it to the sound of the Bee Gees’ 1977 hit song Stayin’ Alive. State media said 5,000 people, including Cabinet ministers, members of parliament, security agency officers and university students copied the feat that same week.

Berdymukhamedov's drive to redesign the capital has repeatedly affected the city's residents. Just this week, the Netherlands-based outlet Turkmen.news claimed that he had ordered the entire northern area of Cosmonauts Boulevard in southwest Ashgabat to be torn down by spring.

On the same February 4 tour, he reviewed another new construction exercise – a monumental 300-meter (985-foot) obelisk that will match the Eiffel Tower in height. During the cabinet meeting three days later, he announced this feature would be completed in time for celebrations in September to mark 30 years of Turkmen independence.

These preparations have occasioned another reshuffle of officials.

Ashgabat’s outgoing mayor Shamuhammet Durdylyev has been promoted to deputy prime minister, where he will continue to oversee development of the capital. Meanwhile, Yaztagan Gylydjov is being moved from his post as governor of the western Balkan province to take over in Ashgabat.

In less upbeat personnel management news, Berdymukhamedov this week handed out reprimands like they were going out of fashion. Recipients of the criticism included Central Bank chairman Merdan Annadurdyev (for weak management of foreign currency reserves), the president’s top advisor on energy issues, Yagshigeldy Kakayev (for unspecified shortcomings), Sports Minister Dayanch Gulgeldyev (for failing to build sports facilities in the desired manner), and even the head of the state broadcaster and the editor-in-chief of the government’s daily newspaper (for not being good at their jobs).

Finance Minister Batyr Bazarov was fired outright, to be replaced by his No. 2, Ezizgeldy Annamukhammedov.

Some of these details would lend credence to talk reported by Azatlyk that the government is finally considering adjusting its artificially maintained official exchange rate of 3.51 manat to the dollar. The currency trades above six times that rate on the black market. Azatlyk's sources maintain, however, that authorities are only considering something in the range of 8-10 manat to the dollar, so the impact will be limited.

No personnel decision will feel as consequential, however, as the appointment of Berdymukhamedov’s son, Serdar, as Industry and Construction Minister. The 38-year-old is widely reputed to be a shoo-in for succession, and the way he is being rapidly rotated through all kinds of government posts seems to vindicate those assumptions. He spent part of last year serving as governor of the Ahal province. Before that, he occupied various important positions in the hydropower sector, the Agriculture Ministry and the Foreign Ministry. Serdar also holds a seat in parliament and is, in his new job, still presumably in charge of the Ozymandian operation entrusted to him by his father to construct a whole new city outside Ashgabat at a cost of $1.5 billion.

Notwithstanding the evidence of a liquidity crunch, the government keeps spending lavishly.

State chemicals company Turkmenkhimiya this week published a call for companies interested in the contract to construct a plant with the capacity to produce up to 60,000 tons of sodium sulfate per year. Bidders will need to have strong stomachs. One of the most recent industrial projects of this type, the $1 billion Garlyk potash plant built for Turkmenistan by the Belarusians, is still subject of an ongoing arbitration dispute.

Not to say that all companies are deterred from sniffing around. Berdymukhamedov on February 5 hosted Vagit Alekperov, the chief executive of Russian oil and gas company Lukoil, which has been present in neighboring Uzbekistan since the early 2000s and recently made fresh investments there. Berdymukhamedov wrapped up the encounter with expressions of interest in having Lukoil involved in long-term cooperation with Turkmenistan, but he offered no specifics.