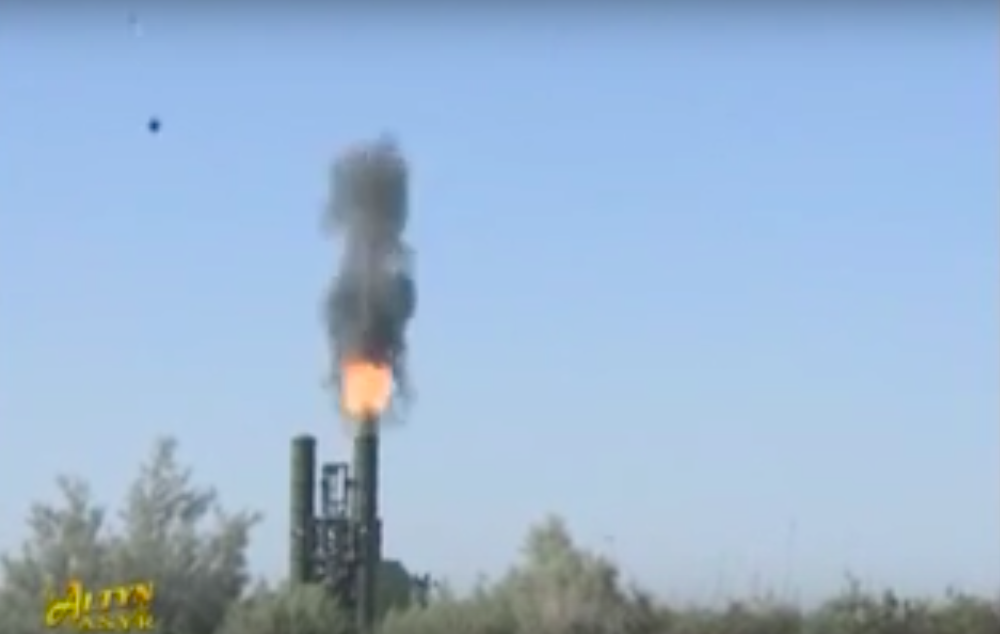 Screenshot of Turkmenistan state television showing what appears to be a Chinese HQ-9 air defense system during military exercises.

Turkmenistan showed off its newly acquired Chinese air defense systems during military exercises, confirming for the first time that the country has gotten some significant weaponry from Beijing.

Now Turkmnenistan has aired footage of what appears to be an HQ-9 in action during its large-scale, ongoing military exercises. The HQ-9 was spotted by the Russian military blog BPMD amid the state TV coverage, visible at about 4:10 in the video below (which is also worth watching for its footage of President Gurbanguly Berdymukhammedov at the controls of a number of military vehicles, including a helicopter).

"The Russian government may not be entirely happy, but probably cannot do anything about it," Russian military expert Vasiliy Kashin told The Bug Pit after last year's reports of China's HQ-9 exports to Central Asia. "Central Asian countries started to diversify their military-technical cooperation long ago, and China is one of natural choices."

But air defense is a particularly high priority for Russian arms exporters. And lately, China's military relationship with Central Asia has become a more sensitive issue for Russia. The news that China was proposing a new military alliance with Afghanistan, Pakistan, and Tajikistan, caused some consternation in Moscow that China was "displacing" Russia in Central Asia. China has sought to dispel those concerns, but this news will likely raise additional worries.

UPDATE: In a new post, BPMD reports that on further viewing of the video they spotted a second Chinese surface-to-air missile system, the HQ-12.