Arbitrary collective punishment, breadlines before dawn, and a resurgence of diplomacy. This and more in our weekly Turkmenistan briefing. 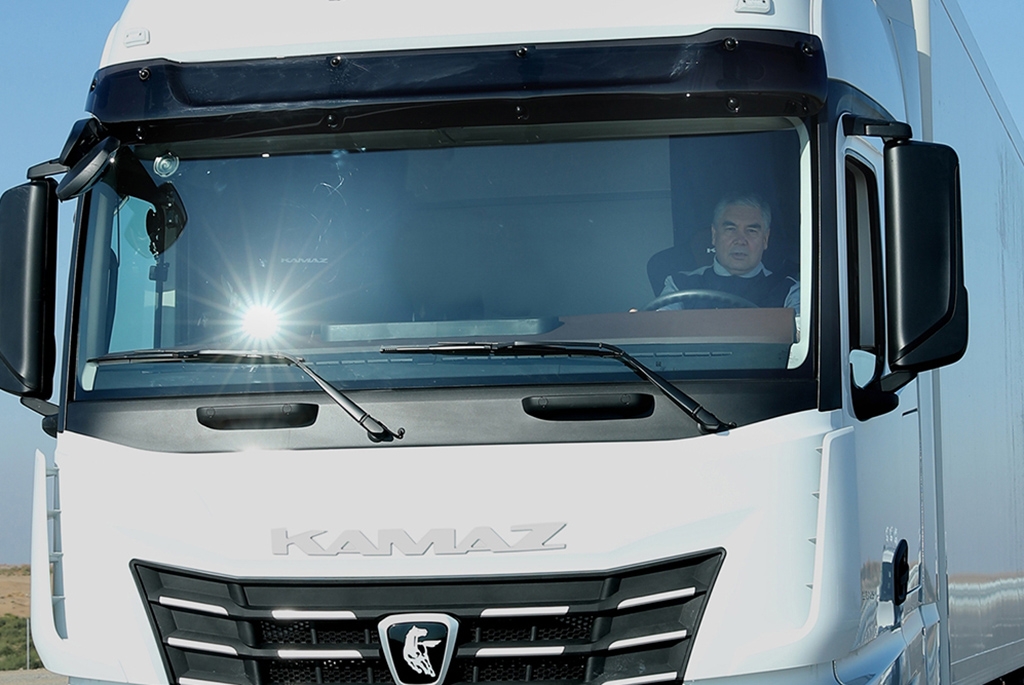 There was a faint glimmer of good news for the embattled community of foreign-based Turkmenistan dissidents last week when Turkish authorities released Akhmed Rakhmanov from custody.

Rakhmanov is one of a handful of Turkmen activists recently targeted for detention and possible subsequent deportation to their home country.

The fate of another pair, Kamil Abulov and Bayram Allaliyev, who were like Rakhmanov detained late last month, remains uncertain.

These activists are among more than two dozen Turkmens that the government in Ashgabat is reportedly determined to repatriate. As Human Rights Watch explained in a statement, expat Turkmens end up in the regime’s crosshairs for their public criticism of the government’s “refusal to renew passports through consular services abroad,” the persistent denialism over the COVID-19 outbreak, and the country’s chronic economic ills.

A story published on November 1 by Amsterdam-based Turkmen.news illustrates painfully just how thin-skinned the authorities can be. According to the website, a 48-year-old man called Murat Ovezov was last summer sentenced to five years in prison for penning a poem lamenting the severe sealing of the nation’s borders amid the COVID-19 pandemic. He recited the poem, titled Bitter Truth, on his little-followed YouTube channel in June 2020. Ovezov was ostensibly charged with fraud, although Turkmen.news has cited sources as saying the poem was the real trigger for the case.

The effectiveness of the authoritarian regime in stifling dissent is also contingent on its willingness to engage in arbitrary collective punishment. As Turkmen.news also reported last month, for example, the elderly parents and other relatives of Mansur Mingelov, a severely ailing activist jailed in 2012, are now being evicted from their homes. The website cites the family’s efforts in lobbying for Mingelov to receive urgently needed medical treatment in prison as the cause for this reprisal. Authorities may be particularly irked by the campaigning activities of Mingelov’s aunt, Nurcan Suzer, who lives in the United States and is, therefore, well beyond Ashgabat’s reach.

While there is negligible dissidence inside Turkmenistan, the government still feels compelled to engage in footling performances of illusion to persuade the population – or possibly itself – that all is well.

RFE/RL’s Turkmen service, Radio Azatlyk, reported on October 29 that state-owned stores have rescheduled the hours in which subsidized bread is sold to the public to the very early morning, before the sun has risen, so as to avoid the unsightly view of long lines. As Azatlyk notes, subsidized bread costs 10 times less than it does in private stores, hence its popularity.

Cold weather may prove a little harder to hide, though. Azatlyk reported on November 2 that with the temperature dropping to just a few degrees below freezing, heating systems in many apartment blocks in Ashgabat are struggling. The cold weather arrived a little earlier than usual last month, forcing city authorities to turn on central heating around one week ahead of schedule. Serial technical difficulties have ensued.

In other climate-related news, Turkmenistan is to be represented at the 2021 United Nations Climate Change Conference, also known as COP26, by President Gurbanguly Berdymukhamedov’s son and presumed heir, Serdar, who is traveling to Glasgow in his capacity as deputy prime minister. State media humorously claims that “environmental protection is President Gurbanguly Berdymukhamedov’s most important state policy.” That chimera has been utterly dispelled, however, on account of recent reporting describing Turkmenistan as one of the world’s worst emitters of environmentally harmful methane gas. As Bloomberg reported last month, “of the 50 most severe methane releases at onshore oil and gas operations analyzed since 2019 by monitoring firm Kayrros SAS, Turkmenistan accounted for 31 of them.”

Turkmenistan’s preference, of course, is not to release its gas into the atmosphere, but to sell it. That explains the resurgence in diplomatic efforts to keep the trans-Afghan TAPI natural gas pipeline project on course.

Foreign Minister Rashid Meredov traveled to Kabul on October 30 for a working visit devoted to synchronizing agendas on TAPI and also the parallel Turkmenistan-Afghanistan-Pakistan high-voltage transmission line project. The Taliban-run government is sending insistent signals that it will do everything in its power to make sure these plans go ahead.

“We want to launch projects between the two countries as soon as possible. All the necessary requirements for their implementation, including security, are in place,” Afghan deputy prime minister Abdul Salam Hanafi was quoted as saying by the Turkmen Foreign Ministry. The very same assurance was offered to Meredov by Mohammad Yaqoob, the son of the late Taliban co-founder Mullah Omar and a deputy to the so-called supreme leader of the Islamic Emirate of Afghanistan. “We will spare no effort in ensuring the security of infrastructure and economic projects between the two countries,” he said.

All TAPI needs now is for somebody to foot the multibillion-dollar bill. Turkmenistan doesn’t have that kind of cash, and the climate in Afghanistan at the moment is not propitious to generating private sources of investment, to put it mildly.

Meredov has been very busy indeed. He traveled earlier in the week to Iran, a promising sign that the awkwardness in bilateral relations is easing. Tehran-based Shana news agency cited Iranian Petroleum Minister Javad Owji as saying that Iran is committed to paying its outstanding debts for historic natural gas deliveries from Turkmenistan. No cash figures were mentioned, although Shana did cite Owji as stating that Iran stands ready to provide Turkmenistan with technical and engineering services to the petrochemical sector, as well as oil and gas industry equipment, so it looks like a partially barter-based solution is in the offing.

Another result of Meredov’s visit was an agreement on doubling the volume of railway transit between Turkmenistan and Iran. Tehran is additionally offering Ashgabat the prospect of getting involved in a tripartite agreement sealed in 2016 between Iran, India and Afghanistan to develop the Chabahar Port, which lies on the Gulf of Oman and offers easy access to the Arabian Sea and Indian Ocean.

If Turkmen trucks ever come to be plying their way down through Iran en masse, who knows that one might not be driven by Berdymukhamedov himself. The president showed off his haulage-handling skills in his umpteenth, child-like display for state television as he took a refrigerated truck given to him as a present by Russian vehicle manufacturer Kamaz out for a test drive.

The official reason for Berdymukhamedov being on the road was the inauguration of the roughly 225-kilometer Ashgabat-Tejen section of the planned, north-to-south, Ashgabat-Turkmenabat highway, which is to span 640 kilometers in total and cost $2.3 billion to complete.

This may be one in the eye for the naysayers. Vienna-based Chronicles of Turkmenistan had reported in March that work on the highway had been suspended due to a lack of funding. The outlet said at the time that workers had not been paid for two or three months. This was a bad omen for the first major infrastructure project that was purportedly to be executed from beginning to end without foreign inputs. Cashflows seem to have improved since then. State media now predicts the whole highway will be finished by December 2023.