Turkmenistan is embracing the Taliban takeover next door and refusing to get involved in humanitarian operations. This and more in our weekly briefing. 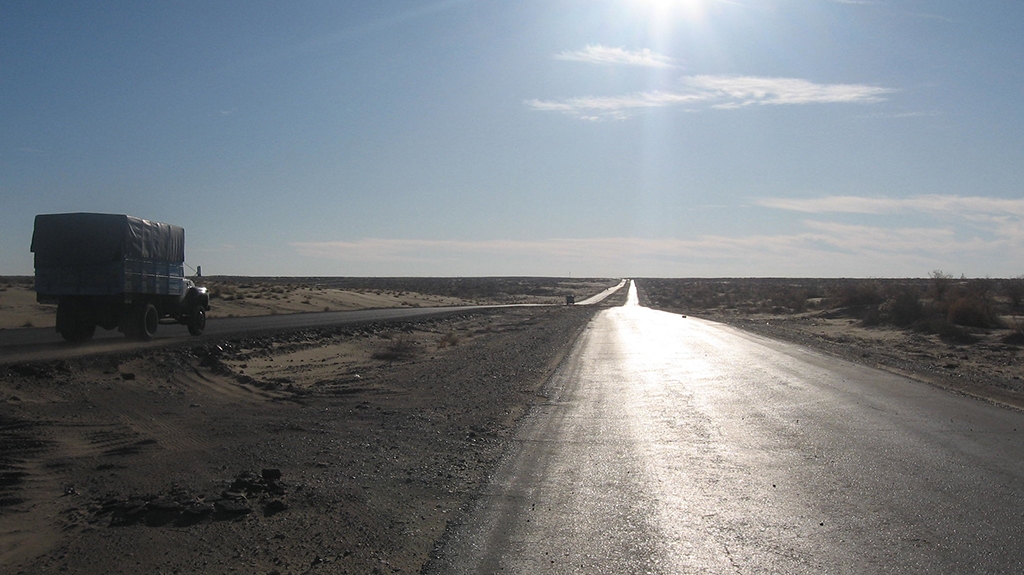 Turkmenistan has been quick out of the gate to accept the new reality in neighboring Afghanistan.

On August 18, only three days after the capitulation of Kabul, the Turkmen consul in Mazar-i-Sharif, one of the last cities to be held by the Afghan government, met with the Taliban’s appointed head of the Balkh province.

What was most striking was not that the encounter occurred, but just how warm and convivial the exchange appears to have been. The Turkmen Foreign Ministry spoke in a statement about a “positive and constructive” meeting and made a point of noting “the fraternal nature” of relations between the countries.

Another exchange took place on the same day between Turkmen diplomats in Herat, which lies closer to Turkmenistan’s border, and the Taliban’s representative office there.

The conviviality is a matter of cold pragmatism for both sides. Little is more valued for Ashgabat in its Afghan dealings than assurances on the future viability of the TAPI natural gas pipeline. And in remarks to Sky News television on August 17, Muhammad Suhail Shaheen, a representative for the Taliban, spoke comfortingly about this and other projects, sounding for all the world as though he were giving a talk at a regional development conference.

“Afghanistan is a bridge between Central Asia and South Asia,” he said, talking about how the interests of “connectivity” would be furthered by ensuring the completion not just of the TAPI pipeline, but also road and railways projects. “We hope … [we] are going to start them.”

Rather than giving in to low-level panic, which has certainly been the response in some other Central Asian capitals, Ashgabat is pursuing a business as normal line. The Foreign Ministry said in yet another August 18 statement that it is maintaining regular communication with the Taliban in order to continue providing border transit services.

“We note that the checkpoints … at the Imamnazar-Aqina and Serhetabat-Torghundi crossings are operating as usual, and that the passage of the requisite number of road trailers and railway cargo is being permitted under conditions agreed upon by both sides,” the statement said.

In behaving as it is, Turkmenistan is preemptively abiding by the injunction of Pakistan for the international community to interact with the Taliban. Reports emerged over the weekend that Pakistani Foreign Minister Shah Mahmood Qureshi intends this week to visit all fellow Afghanistan-bordering nations – barring China – with that very message. Where Turkmenistan is concerned, Qureshi is teaching his grandmother how to suck eggs. Ashgabat has been granting the Taliban legitimacy-burnishing diplomatic exchanges since well before Kabul fell.

Turkmen pragmatism is being displayed in other ways too. None of the other Central Asian nations have exactly been pouncing at the opportunity to assist in Afghan evacuation operations, but a few of them have done their bit. Tajikistan allowed in fleeing troops. Uzbekistan assisted Germany’s evacuation from Kabul. Kazakhstan is offering itself up as a new home for United Nations offices compelled to relocate for the time being.

Turkmenistan’s humanitarian response has ranged from the stingy to the callous. On August 19, the Foreign Ministry announced its was allowing flights evacuating foreign nationals out of Afghanistan to use its airspace.

As for refugees, they are reportedly being kept at a predictable arm’s length. RFE/RL’s Turkmen service reported on August 17 that Ashgabat was not allowing either fleeing Afghan soldiers or ethnic Turkmen living along the border to enter the country. Vienna-based Chronicles of Turkmenistan, meanwhile, has said that 18 ethnic Turkmen Afghan nationals who had been accepted as students at the Seyitnazar Seydi Turkmen State Pedagogical Institute, which is in the city of Turkmenabat, have now been informed they will not be able to pursue their courses after all.

The importance of TAPI for Turkmenistan is, of course, that the country has more natural gas than it knows what do with and precious few ways of getting it out to market. And this perverse problem keeps worsening.

President Gurbanguly Berdymukhamedov on August 23 attended a ceremony marking the start of construction of yet more wells at the Galkynysh mega-field in the east of the country. Berdymukhamedov in July approved a decree permitting state monopoly Turkmengaz to grant the construction contract for the three new wells to CNPC-affiliated Chuanqing Drilling Engineering Company Limited.

According to the Turkmen state news agency, there are already 45 wells at Galkynysh – a field spanning across 4,000 square kilometers – each of them pumping out 2 million cubic meters of gas daily.

Work on the three new wells had been started by Dubai-based Gulf Oil & Gas International FZE, but was discontinued for reasons unclear. One distinct possibility is cashflow. Turkmen media reported in June that payment for the wells will be made to CNPC in the form of gas deliveries, thereby freeing Ashgabat of the need to tap into its hard currency reserves.

The downside of this arrangement is continued dependence on China. It is just as well, perhaps, that Beijing’s appetite for gas is so strong. Interfax news agency reported on August 18 that China imported 4.7 billion cubic meters of gas in June alone – equivalent to 157 million cubic meters daily – thereby setting a new record for a single month. Other than Turkmenistan, China buys gas from Russia, Uzbekistan, Kazakhstan and Myanmar.

The government has finally, albeit with an inexplicable delay, properly acknowledged the achievements of Polina Guryeva, who made history on July 27 by winning silver in the women’s 59-kilogram weightlifting category, thereby becoming the first Turkmen national to get onto an Olympics medal table. The gifts extended to Guryeva at the president’s behest on August 22 were indeed lavish: a three-room apartment in Ashgabat, a 2020 model Lexus LX 570 SPORT SUV, and $50,000 in cash. The head of the weightlifting unit of the Sports Ministry’s training department, meanwhile, got the keys to a 2021-issue Toyota Camry.