Ashgabat may hope expending energy to attain international respectability will improve its chances of tapping global financial institutions for investment. 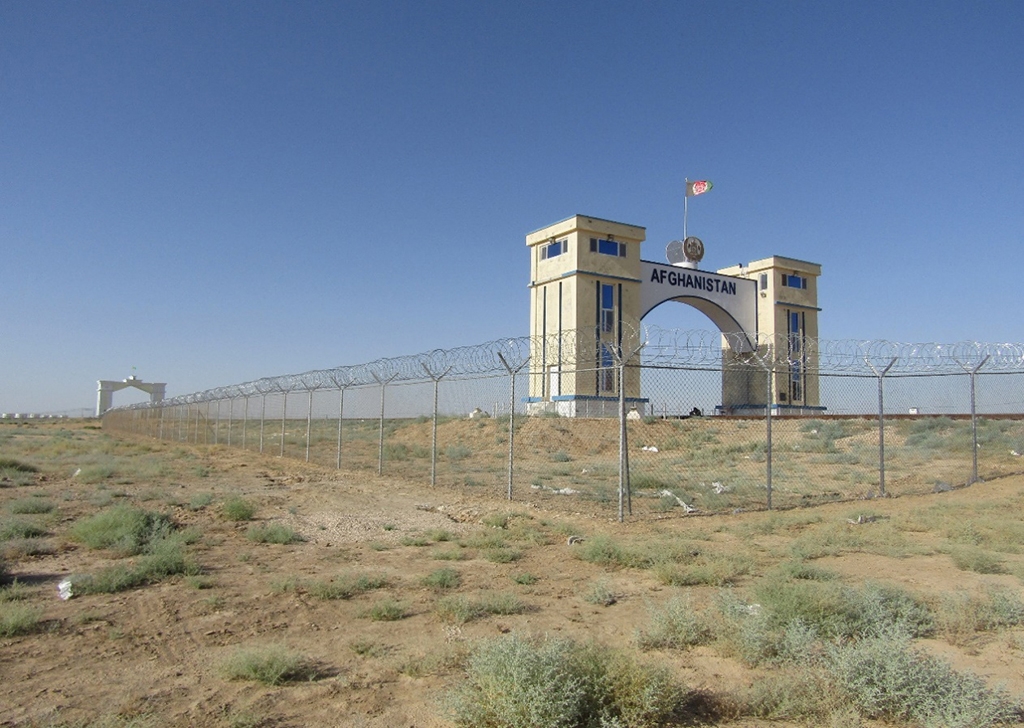 Nerves in Western capitals are ever on edge about the prospect of Afghanistan sinking back into a morass of conflict and decay. In Central Asia, they see Turkmenistan as a useful partner in helping prevent that from happening.

For this reason, Afghanistan is going to be a recurrent theme for Ashgabat in 2021. Sure enough, during a government meeting held on January 4 via video conference, President Gurbanguly Berdymukhamedov asked ministers to debrief him on efforts to aid Afghanistan’s revival.

Ashgabat enjoys casting itself in the guise of the helpful neighbor, but this reinvigorated Afghan focus appears to have been sparked to a considerable extent by the chivvying of international partners.

The U.S. special representative for Afghanistan reconciliation, Ambassador Zalmay Khalilzad, on January 3 embarked on a whistle-stop tour that took in Afghanistan, Pakistan, Qatar and Turkmenistan. According to a State Department statement, Khalilzad’s objectives included urging the countries to pursue “plans for expanded regional connectivity, trade, and development which will be aided by an Afghan peace agreement and will help sustain peace.” What Khalilzad specifically did or spoke about in Ashgabat, however, is something of a mystery as neither the State Department nor Turkmen state media have provided any briefing on the matter.

And then on January 6, Turkmen deputy Foreign Minister Vepa Khadzhiyev got on the phone with Germany’s special envoy to Afghanistan and Pakistan, Markus Potzel, to discuss similar themes.

Berdymukhamedov dwelled at the January 4 working meeting with his Cabinet on a few specific projects.

One was the work being done to lay down fiber-optic communication lines that will in time link into the Afghan Fiber Optic Ring. As that name suggests, this is a system that would connect 21 Afghan provincial capitals along a circular route that would also branch into to other neighboring countries. The fiber optic route is being designed to run alongside the planned, India-bound, trans-Afghan TAPI gas pipeline, which means that while fuel would be traveling east – should that pipeline ever actually be built – data would head in the other direction. Berdymukhamedov hailed this as an opportunity for Turkmenistan to enter the communication systems of Pakistan and India, “thereby expanding the information horizon of our country.”

The principle that trans-boundary infrastructure should not be designed to cater to one-way traffic runs throughout planning on cooperation with Afghanistan. So Berdymukhamedov spoke, for example, of the 33 water canals being built alongside a railroad connecting the two western Afghan cities of Aqina and Andkhoy. He claimed 26 of those canals have already been completed. While Turkmenistan is rich in gas, it is less well-endowed with water.

Another important ongoing undertaking is the Turkmenistan-Afghanistan-Pakistan, or TAP, high-voltage power transmission line project, which Turkmen officials hope might be completed by August 2021.

Turkmen Foreign Minister Rashid Meredov traveled to Kabul on January 9 for talks with his Afghan counterpart, Mohammad Hanif Atmar, and President Ashraf Ghani to discuss all these initiatives in person. That encounter produced an agenda for cooperation to cover the coming two years.

Turkmenistan is understandably nervous about security issues, though, so that too is a core element of bilateral dialogue. A sixth meeting of the Joint Turkmen-Afghan Commission on Security Cooperation held while Meredov was in Kabul involved an exchange of views on cooperation to counter terrorism, extremism and even cyberattacks. What this means in practice is anybody’s guess.

Unlocking the potential of Afghanistan as a reliable transit corridor would enable Turkmenistan to look further afield. The ambassador to Pakistan last week met with Islamabad’s chief government advisor on commerce and investment for preliminary discussions on signing a memorandum of understanding on bilateral transit trade. What mainly whets Ashgabat’s appetite is access to the Gawadar and Karachi ports. A sixth meeting of the Pakistan-Turkmenistan Joint Governmental Commission is scheduled for later this year.

Ashgabat may hope expending energy to attain international respectability will improve its chances of tapping global financial institutions for investment, partly to help the economy out of a tight, COVID-incurred spot.

Officials from the Finance and Economy Ministry on January 7 held talks with the World Bank to discuss options for a long-term concessional loan to be used for unspecified ends. State news agency TDH editorialized in its report on these negotiations to suggest that a loan may well be forthcoming in light of Turkmenistan’s “favorable investment climate.”

A day later, it was the turn of a representative of the European Bank for Reconstruction and Development to get the sales patter. The Finance and Economy Ministry suggested something in the financial market sector perhaps? Foreign presence in the Turkmen banking industry has dwindled to precisely nothing this year following the announcement by the National Bank of Pakistan that it is liquidating its Ashgabat operations as part of a refocusing of its international business strategy.

Before that, on January 6, Caleb McCarry, the advisor to the chief executive of the U.S. International Development Finance Corporation, was hearing representations from the Finance and Economy Ministry, which has had a busy week. Turkmenistan would like American help in providing financial, consulting and technical support to small and medium-sized businesses, primarily in high-tech industries.

One wonders if McCarry has had a change of heart about dictatorships since he was working as Washington’s “transition coordinator” for Cuba in the administration of U.S. President George W. Bush. In 2006, he talked about his government’s desire to help Cubans “recover their freedom after 47 years of brutal dictatorship.” There was even a time, in the immediate post-Cold War period, when McCarry was chiding European nations and Canada for trading with the Cuban regime, accusing them of trying “to make a buck.” It seems inconceivable that a man of such principle would return to his bosses and suggest investing in a nation even more authoritarian than Cuba.

But then again, somebody needs to help Turkmenistan. This year is likely to bring much news of staff-trimming and other such budget-saving measures.

One recent example, conveyed on January 10 by Amsterdam-based news website Turkmen.news, was the disbanding of a state-run roadbuilding company in the Lebap province.

Earlier in the year, Vienna-based Chronicles of Turkmenistan, reported on how government bodies in the Dashoguz province have been instructed to shed staff and reduce costs. Those cutbacks will be mainly targeted at people aged 50 and over. Staff at the accounting department at Dashoguz city airport were told they would be paid part-time salaries, while actually working full-time shifts. Anybody unhappy with that arrangement has been invited to resign, Chronicles reported.

The police are not being spared. Chronicles late last year cited unnamed sources in the Interior Ministry as saying that each province will be required to shed up to 300 law enforcement personnel.

At least the policemen still in work have options to supplement their salary. Turkmen.news reported on January 11 on how policemen have seized on the opportunity of coronavirus-related restrictions on movement within the country to offer their services as taxi drivers. Since they are not stopped at checkpoints, police officers are able to move from city to city without hindrance.

Turkmenistan, as before, continues to deny it has any coronavirus cases. The World Health Organization all but throws up its hands when asked about this policy of misinformation. Asked by Eurasianet about why Turkmenistan is still failing to submit samples to international references labs for confirmatory testing, Hans Kluge, the WHO regional director for Europe, could only feebly offer that this was “rather unfortunate.”

Kluge nonetheless continued to enthusiastically talk up the precautions put in place by the Turkmen government to prevent the spread of COVID-19, although his office freely admits it has absolutely no way of verifying that this is being done to any discernible effect.