Turkmenistan: The art of flattery

On his birthday, Turkmenistan’s president was hailed as “The Messenger of Heaven Descended to Earth.” 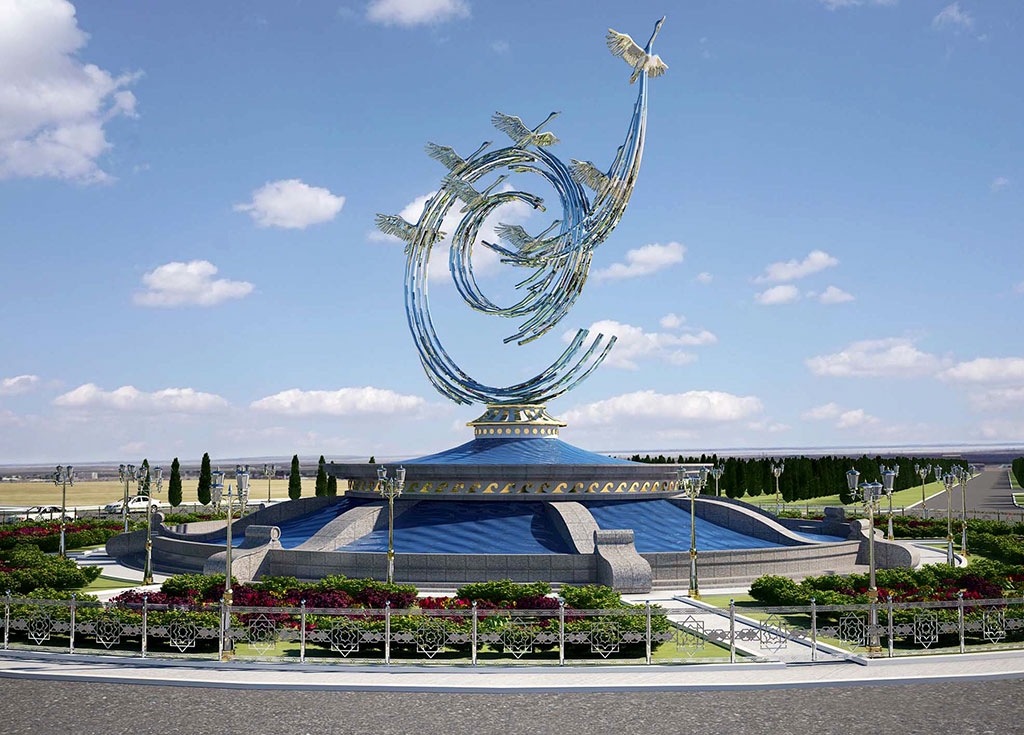 When the history books are written at the end of time, it may well be recalled that there was never a court flatterer more sycophantic and craven than Turkmenistan’s own Gozel Shagulyeva.

Shagulyeva added to her voluminous toadeating poetic oeuvre this week with verses composed in honor of President Gurbanguly Berdymukhamedov’s 61st jubilee. In a televised recital that the dissident-run Alternative News of Turkmenistan reported ran for more than 20 minutes, the prostrating scribbler spoke of her devotion to the “beloved hero protector.”

“Your every smile is happiness for us. Fish for us. Wealth for us,” she recited huskily.

The paean, titled The Messenger of Heaven Descended to Earth, was also published by state newspaper Neutral Turkmenistan, where it covered half the front page on June 29. Effusive coverage of the president’s birthday ran over onto the second page of the newspaper.

The vast gaggle of soft-soapers surrounding Berdymukhamedov certainly know how to please the boss. In an unerringly well-picked birthday gift, state news agency TDH on June 29 announced that a horse from the presidential stable, a certain Akkhan, has set an equine world record by running for 10 meters on its hind legs. It is an established government position in Turkmenistan that earning mentions in the Guinness Book of World Records constitutes the apex of human achievement.

Surprisingly, even Russian President Vladimir Putin got in on the sweet-talking by granting Berdymukhamedov’s grandfather, Berdymukhamed Annayev, a posthumous medal of valor for his contributions in World War II. Why he felt the need to do this is unclear.

U.S. President Donald Trump maintained his boorish record, meanwhile, by failing to even acknowledge Berdymukhamedov’s birthday. To make matters worse, on the eve of the great day, the State Department awarded Turkmenistan the lowest possible rating in its annual human trafficking report.

Closer to home, Berdymukhamedov got on the phone with Uzbek President Shavkat Mirziyoyev, whom he invited to attend an August summit about the Aral Sea due to take place in Ashgabat in September.

Mirziyoyev notably snubbed Berdymukhamedov’s prior invitation to attend the opening of a high-tech mega-port on the Caspian Sea in early May. RFE/RL’s Bruce Pannier raised the question in a June 29 article of whether the fact that Uzbek state media has been reporting on food shortages in Turkmenistan could be evidence of tensions. Pannier noted that a program broadcast the previous week on the matter was carried by an Uzbek state channel known to reach northern Turkmenistan, which is home to an ethnic Uzbek minority. RFE/RL’s Turkmen service, Azatlyk, reported on June 28 that the government has renewed a crackdown on satellite television receivers, which it has ordered removed en masse in the past.

Azatlyk continues to be one of the few reliable sources of information about the country. But confirming reports can be extremely difficult and time-consuming. Giant areas of the internet are blocked off. Using VPN and similar censorship-circumventing devices typically triggers suspension of service by internet providers. Most people operate on the assumption that their calls are monitored. This means some news arrives late. And official information is guarded extremely jealously.

So it is that Azatlyk has now reported that the May 16 floods that struck Ashgabat and the surrounding area resulted in a number of casualties. Azatlyk also reported on June 29 that food shortages for army conscripts have forced parents to make regular trips to barracks to provide their sons with something to eat. Some parents have even gone as far as renting houses near military bases.

State efforts to shape information to its preferred image of the country can often be egregious. On July 1, the Alternative News of Turkmenistan claimed that the authorities are preventing the family of Shirinbay Omarkuliyev from placing a headstone at his grave. Omarkuliyev, who died suddenly last month, is no dissident or activist. His sole crime appears to be the trumped-up charges used to jail his son, Omriuzak Omarkuliyev, who was a leader of a Turkmen student community in Turkey.

On the other hand, despite Turkmenistan’s economic crisis, those who publicly align themselves with the government are given certain privileges. For example, the exile-run Chronicles of Turkmenistan reported on June 28 that only those businessmen who are members of the state-backed Union of Industrialists and Entrepreneurs were granted a special dispensation to convert a small portion (3 percent) of their money in their bank accounts into dollars. The website claimed this was enough to lead to the resumption of the production of Coca-Cola products, which allegedly disappeared from the shelves in May due to currency shortages. The same measured also supposedly led to a dip in prices for some staples such as chicken and vegetable oil.

Ashgabat seems to be finding every possible route it can to squeeze out a few more dollars. This week Russia-based but Iran-focused news outlet Iran.ru cited the head of Iran's Amirabad port on the Caspian Sea as saying that 67,000 tons of Turkmen oil were shipped through Amirabad to Afghanistan and Iraq between March 21 and June 21.

As a resolution on the status of the Caspian appears closer than ever, Turkmenistan is increasingly in need of the additional trade such a pact could enable.