Expanding Ashgabat’s dependence on China, visiting Iran, and talking north-south transportation links. This and more in our weekly Turkmenistan briefing. 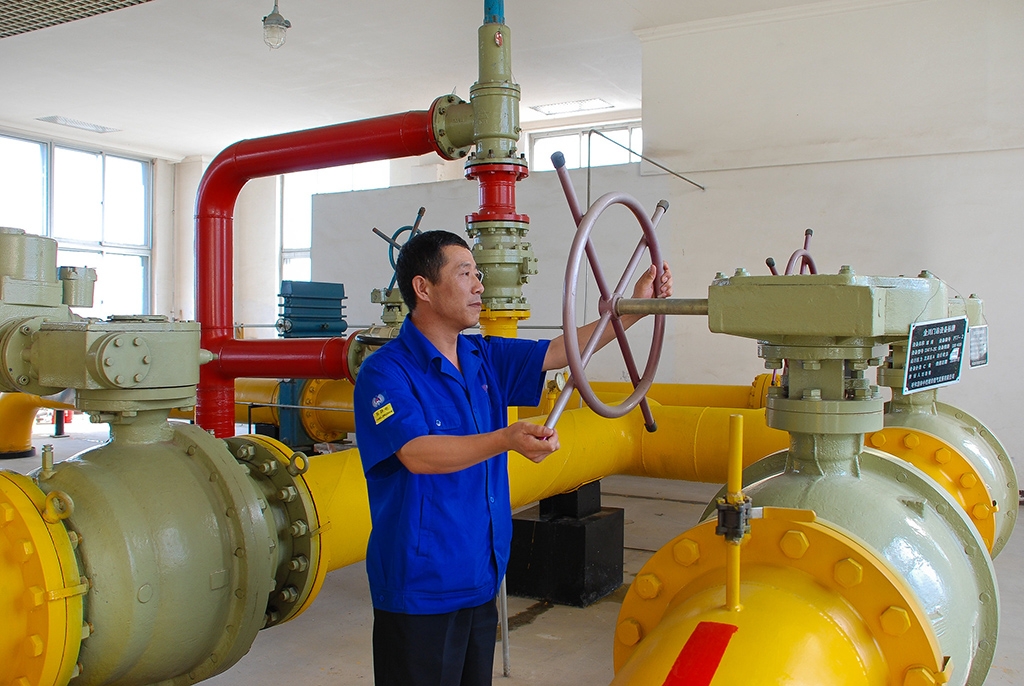 Turkmenistan talks a big game about diversifying export markets for its natural gas, but China will be the only major customer for the foreseeable future.

The scale of the quasi-monopsonistic reality that Ashgabat confronts was laid bare anew on June 18 in a speech President Serdar Berdymukhamedov gave in the Lebap province at the official opening of a gas storage facility built by the China National Petroleum Corporation, or CNPC.

Berdymukhamedov talked fulsomely about the importance of the 1,830-kilometer Turkmenistan-Uzbekistan-Kazakhstan-China gas pipeline.

“Since [the pipeline] was commissioned at the end of 2009, more than 334 billion cubic meters of natural gas have been supplied by Turkmenistan to China,” he said. “There are plans to build a fourth branch [of this pipeline] so as to take annual capacity of deliveries of the fuel to 65 billion cubic meters.”

The newly opened gas-storage plant at the Gadyn field, part of the sprawling Bagtyyarlyk mega-field being developed under a production-sharing agreement with the CNPC, is just another addition to this infrastructure network. Berdymukhamedov is touting the facility, which will be used to intake 5.5 million cubic meters of China-destined gas daily, as a major success in his job-creation agenda. The 200 new jobs are obviously, though, fully attributable to Chinese investments and not related to Turkmen economic policies.

On June 20, a few days after the Lebap ceremony, Berdymukhamedov met with CNPC president and executive director Hou Qijun. Official accounts of this meeting were confined strictly to uninformative boilerplate language about “mutually beneficial cooperation.” Hou was quoted as saying Chinese business circles are eager “to expand their presence in the promising Turkmen market” and “actively participate in the implementation of large-scale reform programs and infrastructure projects,” but no useful detail was offered.

And again, that fourth strand of the Turkmenistan-to-China pipeline came up. Behind all the smiles, it is safe to assume that some horse-trading is going on. Ashgabat doesn’t have great cards or ability to wrangle in the short term, which is very unfortunate given how international energy prices are so high at present.

The aforementioned Central Asia-China route can carry 55 billion cubic meters annually, but the 34 billion cubic meters that Turkmenistan sold to Beijing in 2021 may represent the ceiling of how much it can cram in there. Kazakhstan has signaled it will reduce how much it sells to China, which may offer some more wiggle room, but for the time being, that is it.

All hope is on the fourth line – or Line D as it is also known.

The former president, a.k.a. Berdymukhamedov’s father, Gurbanguly, laid down a marker for dialogue on this matter when he met with his Chinese counterpart, Xi Jinping, in February.

“In the course of future cooperation on implementation of a fourth line construction project, it is necessary to start discussing gas prices,” he was cited as saying by Turkmen state media. “Turkmen and Chinese specialists will operate on the basis of global precedent in the field of pricing for commercial pipeline gas.”

But then again, who else is Turkmenistan going to sell to? Russia, currently the second-largest buyer of Turkmen gas, may well, as a result of its geopolitical imbroglios, find itself with more of the fuel than it knows what to do with.

Then there is Iran. Berdymukhamedov traveled to his southern neighbor for a two-day visit on June 14 amid rapidly warming relations. His stay was garnished with the usual flurry of cooperation agreements. Nine were signed committing both countries to greater cooperation on economic, trade, cultural, environmental, scientific and transport issues.

Perhaps the most interesting novelty to come out of this visit, however, was an apparent proposal from Turkmenistan to build on an existing trilateral gas swap arrangement with Azerbaijan. Under a deal reached in November 2021, anywhere between 1.5 and 2 billion cubic meters of gas is moved around annually as Turkmenistan supplies Iran with gas, and then Iran separately delivers an equivalent amount of gas to Azerbaijan. The sense of this arrangement for Iran is that its far-flung northeastern regions routinely suffer gas shortages.

“In a meeting with Turkmenistan’s deputy cabinet chairman for oil and gas affairs, the Turkmen side asked us to increase gas swaps to Azerbaijan and other neighboring countries, and we announced our readiness," Owji was quoted as saying by state-controlled Mehr news agency.

(One Iranian lawmaker, Shahriar Heydari, may have caused some heartburn back in Ashgabat, though, by describing this swap deal as a good way for Tehran to mitigate the impact of Western sanctions. Turkmenistan will not be enthused about being cast in the role of a sanctions regime-buster).

This is all of a piece with Iran’s very energetic-looking Central Asia agenda. On June 19, only days after Berdymukhamedov came through, it was the turn of Kazakhstan’s President Kassym-Jomart Tokayev to receive a warm welcome in Tehran. Logistics were very much at the top of the agenda as Tokayev “focused in particular,” as his office put it, on prospects for the Kazakhstan-Turkmenistan-Iran railway line.” The route exists already, but it is clearly underused at present.

This matter dovetails nicely with a perennial theme that is being discussed ever more intently of late: the logistical challenges faced by landlocked nations. So it was fitting that Finance and Economy Minister Mukhammetgeldy Serdarov used his slot at the St. Petersburg International Economic Forum on June 16 to invite guests from as many post-Soviet nations as possible to attend a UN-sponsored international conference devoted to the topic. The event will take place in Ashgabat on August 15-16.

North-south transportation links will be helpfully bolstered once Ukrainian infrastructure builder Altcom completes a project to overhaul the road bridge running west of the Garabogaz gulf, the location of the westernmost point of the border between Turkmenistan and Kazakhstan. Berdymukhamedov signed a decree bestowing the contract on Altcom on June 16. Construction work is due to start in July and be completed by June 2024. The deal marks a vindication of Altcom chairman Alexander Tislenko’s recent visits to Turkmenistan – the most recent was in April, when he traveled to Ashgabat to take part in Turkmen Horse holiday celebrations and meet with Berdymukhamedov.