Turkmenistan: The deadly price of lies

Electricity exports; crowd control outside food shops; and despite denials, COVID strikes. This and more in our weekly Turkmenistan briefing. 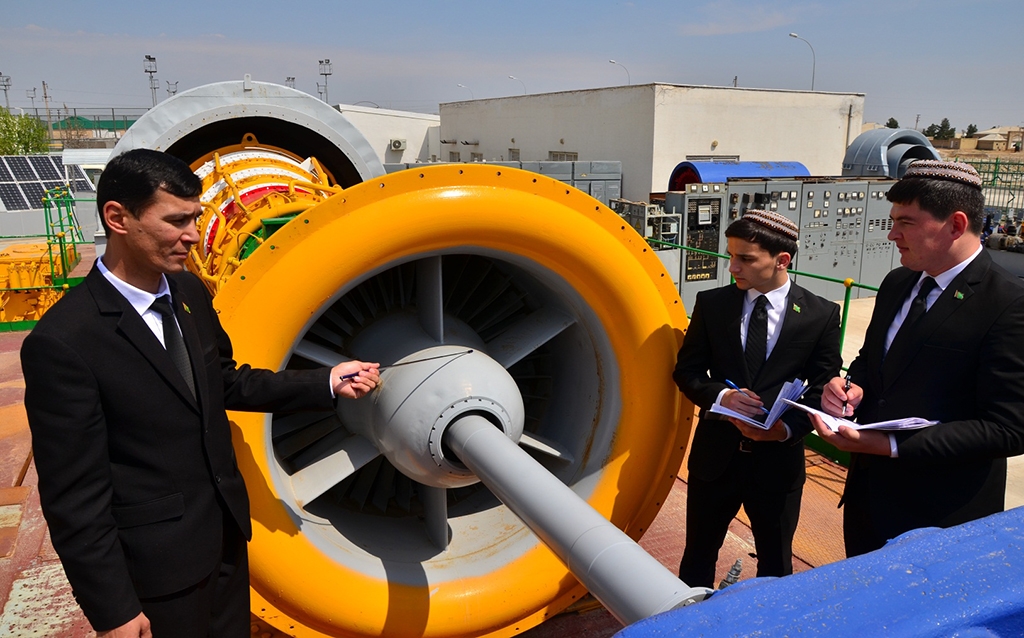 A key plank in Turkmenistan’s strategy to be seen as a constructive player on the international stage is to engage as much as possible with Afghanistan.

It has in that spirit committed over time to establishing or increasing reliable deliveries of natural gas, fuel and electricity to its strife-stricken neighbor.

Ashgabat in January even developed a three-year humanitarian assistance program running through 2022 that it is implementing in coordination with the World Bank, the Asian Development Bank, the European Bank for Reconstruction and Development, and the Saudi government-backed Islamic Development Bank.

The most visible manifestation of this generosity are the regular consignments of medicine, food, textiles and household supplies, which the government undertakes with considerable ostentation. Earlier this month, a delegation from Ashgabat attended the inauguration of a 500-person-capacity mosque built in an Afghan border town with Turkmen funds.

Attention turned this week to boosting the supply of power to Afghanistan, whose need for electricity is growing fast. If the country consumed around 6,000 gigawatt hours in 2018, according to data from the U.S. Energy Information Administration, demand could reach almost 16,000 gigawatt hours by 2032. The surge in need stems in large part from the fact that hundreds of thousands of homes are being attached to the power grid.

Most electricity is imported. Afghan officials stated earlier this year that the country spends more than $220 million annually on buying that power. As of 2016, at least 12.3 percent of it came from Turkmenistan, which at that time strongly trailed other providers like Uzbekistan, Tajikistan and Iran. President Gurbanguly Berdymukhamedov on December 19 signed supply contracts committing Turkmenistan to increase power deliveries to Afghanistan, although state media frustratingly refrained from providing any figures or timeframes.

The transition from an electricity-poor country to one that is in a position to help out a neighbor – in return for money, naturally – is something in which the Turkmen government takes considerable pride. As an article in the December 19 edition of the Neutral Turkmenistan newspaper noted, whereas the country had only four power plants upon independence, the Energy Ministry now oversees 12 gas-fed power generators with a productive capacity of more than 6,500 megawatts.

Just how much Ashgabat can capitalize on its potential in the near-term depends on implementation of the Turkmenistan-Afghanistan-Pakistan, or TAP, high-voltage power transmission line project. Turkmen sources insist work is proceeding apace and should be completed by August 2021.

Berdymukhamedov has been feeling neighborly of late. He got on the phone with his Uzbek counterpart, Shavkat Mirziyoyev, on December 21 with apparently the sole purpose of exchanging pleasantries and wishing him a happy New Year.

A few days earlier, he joined a remote, heads of state summit of the Moscow-dominated Commonwealth of Independent States – an organization toward which Turkmenistan has historically displayed pronounced ambivalence.

But Turkmenistan has latterly displayed far more openness to cultivating diplomatic, business and even military cooperation, reportedly, with Russia.

In one fresh testament to that, the president of the Russian republic of Tatarstan, Rustam Minnikhanov, told news agency TASS in an interview this week that Kazan-based oil company Tatneft’s expanded presence in Turkmenistan will enable it to extract another 770,000 tons of oil, further to the 280,000 tons it has already pumped. Tatneft and Turkmen oil producer Turkmennebit sealed an agreement earlier this month to continue working jointly on the Goturdep oilfield until 2028.

China is easily still the main partner in energy, though.

Neutral Turkmenistan reported enthusiastically in its December 22 issue that the date is nearing for the inauguration of a new compressor station at the Malai natural gas field in the northeastern province of Lebap. This facility will have a twofold function: to pump gas from the Malai field itself, but also to increase the pressure of deliveries arriving from the Galkynysh, Dauletabad and Uch-Aji fields. All this gas is being directed toward China. The Malai compressor station is designed to pump 30 billion cubic meters of gas annually.

Less jubilation is being felt among the general population, which has to contend with the usual daily humiliations heaped upon it by the authorities.

Vienna-based Chronicles of Turkmenistan reported earlier this month on a new development with the long lines that invariably form outside state stores. In order to avoid the unseemly appearance of large numbers of people waiting to buy the limited supplies of low-cost meat and fruit, police have since December 9 taken to forcing buyers to wait hundreds of meters away from shop entrances. In an update from December 20, Chronicles noted that police are now to be seen coordinating crowd control with walkie-talkies from 5 a.m.

“Shoppers are warned that it is forbidden to stand within 300 meters of stores before trading begins, which happens at 7 a.m., and they advise them instead to wait outside entryways to nearby apartment blocks,” the website reported.

This arrangement invariably leads to complete disarray in the line and precipitates scuffles.

These kinds of incidents make it all the more strange that the government is reportedly planning major layoffs of police officers from the new year. Chronicles cited unnamed sources in the Interior Ministry as saying that each province will be required to shed up to 300 law enforcement personnel. Those nearing pension age will be the first to go. But the fact that the Interior Ministry also intends to cut enrollment at its training academies suggests there will be a limited inflow of fresh blood.

If COVID-19 denialism was not enough of an international embarrassment for Turkmenistan, this week has brought more headaches for the government, which persists in insisting that it has recorded no cases, despite bombarding the public with recommendations on maintaining social distancing and mask-wearing.

British Ambassador Hugh Philpott, who made something of a splash with his recent rendition of a classic Turkmen song, Turkmen Sahrasy, let slip on his Twitter feed that he is currently enduring an unpleasant bout of the coronavirus. The Turkmen government, as well as the no-less-secretive British Foreign Office for that matter, have drawn a discreet veil of silence over this statistical aberration.

A grim fate previously befell another diplomat in Ashgabat, Turkey’s Kemal Uchkun, who was reportedly admitted to an Ashgabat hospital on June 27 with a high fever and shortness of breath. He died on July 7 with what was almost certainly COVID-19. Everybody, from Turkish officials to the Turkmen government, appeared intent on brushing the whole affair under the carpet, but Uchkun’s wife, Güzide, has now embarked on a mission to hold officials who failed to properly assist her spouse to account.

For now, Güzide Uchkun has her crosshairs trained on Turkish officials, who she says caused her husband’s death through their negligence and failure to act. The ultimate blame, however, must surely lie with a healthcare system that has, for perverse reputational reasons, failed to admit it has a crisis on its hands. Güzide Uchkun maintains that because Turkmen authorities were primarily intent on hiding the presence of COVID-19 in Turkmenistan, her husband was given the inappropriate treatment that likely led to his death.