Turkmenistan: The dog days of August

A secret delivery of antibody tests, more warnings about "dust," and why cronyism will comfortably outlive COVID-19. This and more in our weekly briefing. 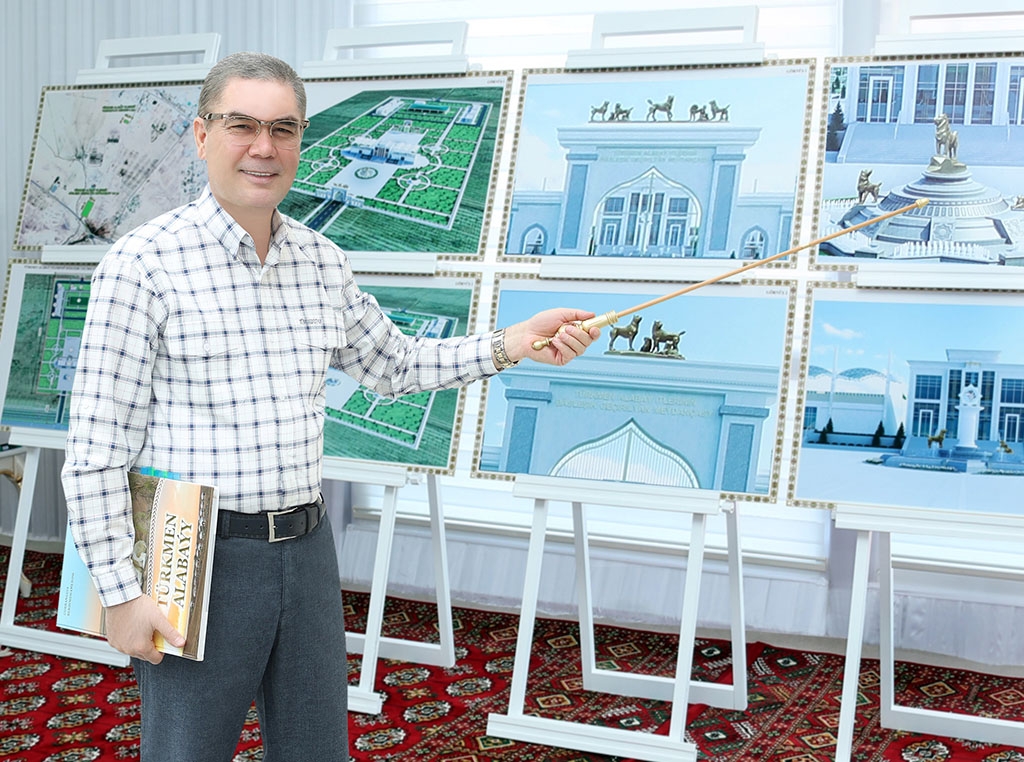 A plane-spotter in Munich, Germany, provoked a flurry of intrigue this week when he uploaded a picture of a Turkmenistan Airlines-owned Challenger 870.

Such sightings are useful as the plane in question, which carries the tail number EZ-B024, is not recorded on flight tracking apps as it is likely a craft used for official purposes. The plane was seen again in the same German city two days later, on August 29.

What were these mysterious flights?

Thinking out loud, Vienna-based Chronicles of Turkmenistan, which collated this information, mused that President Gurbanguly Berdymukhamedov last week held his weekly Cabinet meeting on August 27, a Thursday, instead of Friday, as is customary. A Friday meeting among Cabinet officials took place in Berdymukhamedov’s absence.

Amsterdam-based website Turkmen News offered more concrete details in an August 30 report. It cited a source at the airport in Turkmenbashi, a Caspian Sea city, as saying that the plane flew in five doctors. Almost nothing is known about who these doctors might be, but the website’s sources did say they were carrying several boxes labelled Promega, which is the name of a U.S.-based biotechnology company.

Promega announced just a few weeks ago that it had launched a new serological test for COVID-19 to detect the presence of coronavirus antibodies, so it does not take much guesswork to imagine what is happening here. All that is unknown is who the lucky recipient of such VIP treatment might have been.

The secrecy surrounding all this stems from the government’s decision to maintain the line that Turkmenistan is coronavirus-free. Notwithstanding, the authorities are in their own way enforcing social distancing measures and other precautions. This does not mean there are no public events, though. To take one example, audience members at the final round of the Ýaňlan, Diýarym youth singing contest on August 29 sat in the open air in a chequerboard-style arrangement, at least two meters from one another and far away from the stage.

A piece in Neutral Turkmenistan daily newspaper on August 25 written by a family doctor called Lyudmila Gurbanova repeated oft-issued advice about the importance of maintaining hygiene, washing one’s hands regularly and rigorously ventilating closed spaces. This has to be done, she said, because of the “harmful effects of dust in their air.” At this stage, “dust” is the universally understood euphemism for coronavirus.

Elsewhere, Ashgabat-based Gundogar-news (not to be confused with an older, similarly named, opposition-run website) ran one of its typically dyspeptic op-eds scoffing at speculation that Turkmenistan was struggling with coronavirus. For good measure, the government-aligned site trotted out a conspiracy trope about the coronavirus pandemic being a disinformation operation by money-grabbing Western pharmaceutical companies.

The academic year began as usual on September 1. A letter by Berdymukhamedov published on the front page of Neutral Turkmenistan congratulated students on their return to classrooms and lavished them with such wise pearls as the saying about how “children are sweet, but their education is even sweeter.” Elsewhere in the newspaper, it is noted that in Balkan, the most sparsely populated of Turkmenistan’s five provinces, around 11,780 pupils would be entering secondary school classrooms for the first time. State media reported last week that almost 160,000 children are starting first grade.

The return to school has sparked an unusual scene of public dissent. Parents at Ashgabat’s School No. 64 mounted a spontaneous protest after learning that the Russian-language department was to be closed, Turkmen.news reported. School officials reportedly claimed this was done to avoid overcrowding. Turkmen.news noted that parents have complained in the past that they are routinely hit up for bribes to have their children admitted – schools teaching Russian being particularly sought after – and that it was this greed that provoked crowding in the first place.

In what may or may not be a related development, Berdymukhamedov on August 31 issued a reprimand to Deputy Education Minister Merdan Govshudov for improperly performing official duties and shortcomings in his work.

While refusing to acknowledge its epidemiological woes, the Turkmen government is a smidge more candid on the social and economic toll of the coronavirus pandemic. Just over $1 billion has been earmarked by the government for a five-point response plan devised in collaboration with the United Nations. This plan envisions improving access to healthcare, maintaining social protection services, protecting jobs, stimulating the economy and promoting community resilience.

More than half the total cash amount is reserved for macroeconomic stimulus. This is not surprising given Turkmenistan’s level of exposure to fluctuations on the global energy market. Its oil and gas sector accounts for 22.2 percent of gross domestic product and 77.8 percent of exports. The government response plan argues, accordingly, that it is “appropriate to attract additional external loans and investment to stimulate the development of production and export of chemical products, textiles, fruit and vegetables cultivation, and the construction materials industry.” Meanwhile, the reference to continuing “the practice of state concessional lending to various sectors” – something that will indubitably be done with no oversight – suggests cronyism will comfortably outlive COVID-19.

The self-imposed flight embargo has been extended yet again. Turkmenistan Airline routes to Russia, Turkey, Germany, the United Kingdom, India, China and the United Arab Emirates will be suspended until October 1 at the earliest. The date for flights to resume has been rolled over repeatedly.

Next-door Iran is showing signs of unease at how long Turkmenistan is extending its border closures. Iran’s Transport and Urban Development Minister Mohammad Eslami spoke with Turkmen Foreign Minister Rashid Meredov via videoconference this week to explore ways of lifting transit restrictions. There had been talk about trucks being permitted to cross the border from September 1, but it is unclear that this is actually happening. Railroad routes remain securely frozen. Tehran Times newspaper channels the frustration of Iranian officials in noting that “despite several rounds of talks and promises, Turkmenistan has not yet decided to reopen its land borders with Iran.” Tehran has meanwhile signaled it is willing to resume buying Turkmen gas, perhaps to get out of this transit impasse.

Turkmen citizens will be no less easy about this state of affairs, since Iran is the source of many basic food staples. Back in late February, Chronicles was reporting on how potatoes had disappeared from the bazaars, seemingly because of a halt of deliveries from Iran.

This is why such close attention is being paid to Turkmenistan’s anomalous food procurement and production patterns. Ashgabat has imported around eight times more palm and sunflower oil from Russia so far this year than it did in 2019. Berdymukhamedov has given instructions to begin sowing wheat on September 2. The fate of the summer cereal harvest received especially close scrutiny from the president this year, so no slip-ups will be tolerated.

In another creative food deficit-plugging measure, a local company called Ter Önum has pledged to start producing chips from melons, as well as ersatz milk from melon seeds.

Few things got as much attention this week, however, than the president’s renewed fervor for Alabai, a native Turkmen sheepdog breed. The maiden conference of the International Association of Turkmen Alabai took place on August 31.

And evening news on August 26 dwelled at length on how Berdymukhamedov went over plans to build a dog-breeding center in Ashgabat. The building will be fronted by a colossal fountain topped by a statue of an Alabai hound, as will the archway leading into the facility.

Berdymukhamedov cannot be accused of not sweating the small details. As one passage in the state news agency account of this planning session noted, “upon familiarizing himself with various sculptural images of Alabai, the head of state stressed that they should reflect the characteristic features inherent to this breed.”