Only the best medicine for the leader. For everyone else, bread shortages. 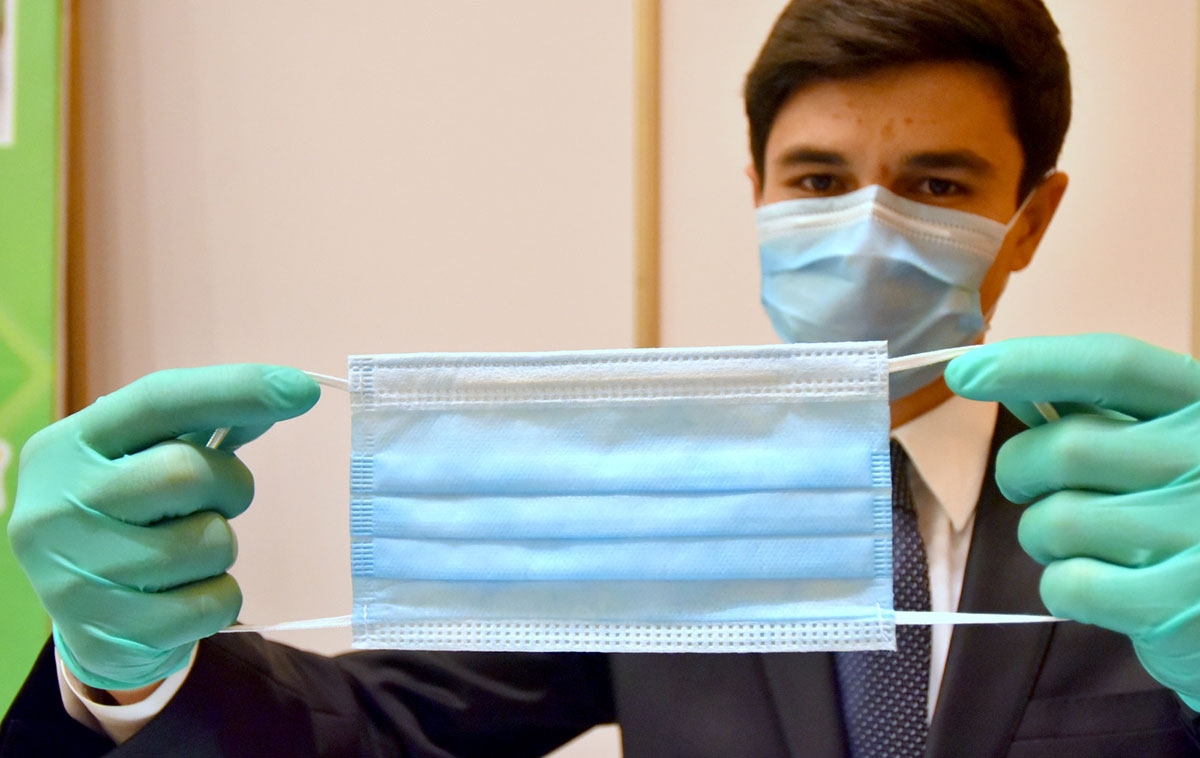 The government continues to deny COVID-19 is present, although this does not mean preventative measures are not being implemented. (state news)

The late President Saparmurat Niyazov was regularly visited by a team of Munich physicians. After performing a heart operation on Niyazov in the late 1990s or thereabouts, Dr. Hans Meissner made countless follow-up visits to Ashgabat, and was doubtlessly well remunerated for his troubles.

After one checkup in December 2005, Meissner buoyantly informed reporters that Niyazov was in good shape and that the most recent batch of tests had returned results that were "even better than the previous ones." Within a year, Niyazov had dropped dead from massive heart failure, leaving the hapless Meissner to conclude that “modern medicine cannot predict the course of events in such situations.”

Speaking with the sadness of a man watching a cash cow gallop off into the distance, the Munich cardiologist informed Turkmen state media that “this is an irreplaceable loss for me, for I lost a close friend.”

Niyazov’s successor, Gurbanguly Berdymukhamedov, has held fast to this fondness for Munich medics. Eyebrows were raised this week when, despite all the COVID-related travel restrictions, a government plane flew out of Ashgabat on November 26 and later returned carrying VIP guests and some mysterious boxes apparently containing medical supplies. Amsterdam-based Turkmen.news, which is always eagle-eyed in spotting these flights, cited its own sources to say that two minibuses loaded with medical personnel boarded the Bombardier Challenger 870 in Munich.

Some days later, Neutral Turkmenistan newspaper reported that several of these medics – orthopedic surgeon Volkmar Jansson, hip-and-knee specialist Matthias Pitchman, and tooth specialist Günter Dhom – had been bestowed with honorary professorships by the Myrat Garryev State Medical University. Klaus Parhofer, an endocrinologist who has been visiting Turkmenistan for many years, met with Berdymukhamedov to share glowing assessments about the state of Turkmenistan’s healthcare system.

Even to the layman, this looks like a curiously specific complement of medical specialists. Considering the stubborn rumors about Berdymukhamedov’s possible affliction with diabetes, Parhofer’s recurrent cooperation with Turkmenistan looks especially telling. There is a strong likelihood that it is not the Turkmen medical system that these Germans are assisting, but rather the Turkmen leadership.

As for the rest of the population, they’re on their own. The government continues to deny COVID-19 is present, although this does not mean preventative measures are not being implemented. There are even safety information campaigns.

But as RFE/RL’s Turkmen service, Radio Azatlyk, reported on November 23, state workers in the Lebap provinces are being made to cough up their own cash to fund the production of posters warning people about the dangers of COVID-19. Some of those funds are also to be used on banners dedicated to the upcoming 25th anniversary of Turkmenistan’s declaration of neutrality. Anybody refusing to make the donation faces possible dismissal, Azatlyk claimed.

Even though there is officially no coronavirus, ministerial and other government offices have begun installing germicidal lamps emitting ultraviolent rays. Just in case. And the Organization for Security and Cooperation in Europe has organized courses that included guidance for prison staff on how to prevent and contain the possible spread of COVID-19.

The World Health Organization, incidentally, which weakly committed many months ago to help verify if Turkmenistan is indeed coronavirus-free, has failed to respond to Eurasianet requests for information about their findings.

In truth, however, if Turkmen.news accounts are anything to go by, coronavirus may be the last worry on many people’s minds. A November 27 article talked about reports of more bread shortages in villages in the Mary province. Loaves are increasingly being rationed at state stores. And anybody who complains about the situation is penalized by being pushed to the bottom of lists of eligible recipients of bread rations.

Even the capital is not immune. Bread is delivered to state stores in small amounts and its quality is so poor that it becomes inedible within a day.

Even the blinkered regime recognizes that the agricultural sector is not fit for purpose, although its proposed solutions are so weak and piecemeal, they are unlikely to make much impact. On November 26, Esenmyrad Orazgeldiyev, the deputy prime minister with the portfolio for agriculture, told a Cabinet meeting about new plans to lease state land to farmers. Producers will be given 99-year leases and, provided they meet state quotas for wheat, cotton and other crops, they will be permitted to use up to 30 percent of the land for whatever other purpose they deem profitable and useful.

This kind of thing is billed as a blow for efficiency and diversification, but it is little more than a half-baked measure to contain the penury to which the state quota system condemns many farmers.

The manat, Turkmenistan’s currency, is showing more signs of strain of late. Vienna-based Chronicles of Turkmenistan, which posts weekly bulletins of real-life, black-market rates, reported on November 29 that the dollar is selling for 26.6 manat, which represents a 4 percent increase from one week earlier. And the rate has been slipping almost every week of late. (The official rate is rigidly maintained at 3.5 to the dollar).

Radio Azatlyk has suggested this trend may be due to a sudden intensification in police harassment of illegal money exchangers. Getting to the bottom of why this is happening, though, is all but impossible in the black box of Turkmenistan. As in neighboring Uzbekistan in the past, the currency black market is ultimately controlled by well-placed figures in security structures, so the hounding of traders may be indicative of infighting.

In a more positive development, Turkmenistan has committed to keep on delivering electricity to neighboring Uzbekistan, which has been experiencing some difficulties providing power to its population. UzDaily cites the Energy Ministry in Tashkent as saying it plans to import 18 million kilowatt hours of electricity, although without specifying a timeframe.

Chronicles adds the background that Turkmenistan had, in fact, already been delivering electricity to Uzbekistan since December 2019, but that operations were interrupted in October after an accident on the transmission line connecting a power plant in Mary to the Serdar substation.

In other regional energy news, Kazakhstan is reportedly in talks with Turkmenistan to buy natural gas for use in its capital, Nur-Sultan. Delovoi Kazakhstan newspaper reported that no decision has been taken as of yet, but that the plan is for the delivery of 300 million cubic meters of gas to be funneled through the Saryarka pipeline in 2021.

These counterintuitive transactions – Uzbekistan should, very much in theory, be able to provide for its own power needs and Kazakhstan is awash with gas – are an intriguing hint at the kind of mutually beneficial efficiencies that could be yielded by greater regional integration.

Finally, Joe Biden can rest easy. His claim to president-elect status in the United States may still be in question in the minds of some of his countrymen, but Berdymukhamedov has spoken. On November 29, the Turkmen leader sent Biden a note of congratulation on his victory in the election and expressed optimism that their countries’ “friendship and mutual understanding” would continue to prosper.