Turkmenistan: The golden road to Chabahar

Turkmenistan’s president dreams big. Reliance on China remains strong. And Russia drops a bombshell. This and more in our weekly briefing. 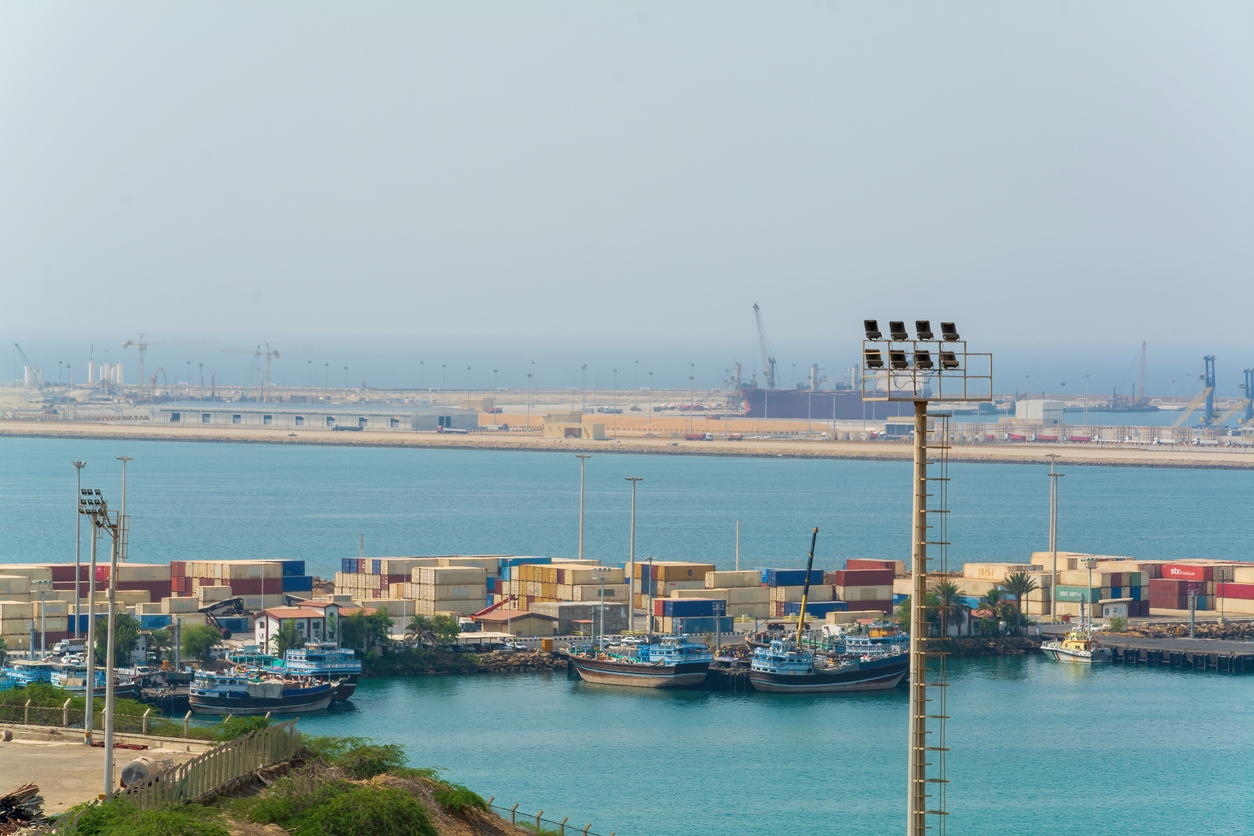 Turkmenistan should by rights be an ideal transit nation for the conveyance of goods between Asia and Europe.

That is what President Gurbanguly Berdymukhamedov thinks at least.

Speaking at a January 28 Cabinet meeting, he noted that the volume of goods crossing Turkmenistan had increased three-and-a-half-fold in 2021 compared with the year before. He offered no figures, of course, or the useful context that 2020 was the year that saw the trade-blocking arrival of COVID-19.

Berdymukhamedov dwelled in more detail on this theme a day earlier, during the inaugural Central Asia-India summit, which had to be held online, although it seems New Delhi would have liked to see the leaders visit in person.

“We also attach great importance to the Uzbekistan-Turkmenistan-Iran-Oman-Qatar transport corridor project. As is known, India has officially signed onto this project, which will open up more broad opportunities for participants,” he said.

The emerging consensus is that the Iranian port of Chabahar should serve as a lynchpin of the Central Asia-India connectivity chain. Participants of last week’s summit agreed to form a joint working group to develop systems for ensuring the free movement of goods along a north-south axis that would see Chabahar as a key node.

For Berdymukhamedov, full implementation of the International North-South Transport Corridor, a complex multi-regional vision that has been in progress for more than two decades, would be a vindication of the many hundreds of millions spent on building a state-of-the-art Caspian seaport in the city of Turkmenbashi. Chabahar and Turkmenbashi are links in the same chain, he told last week’s summit.

“In this context, we also propose considering the matter of including Turkmenbashi port in this transit direction,” he said.

This is bullish talk, but making this transport route a reality will take more than just words.

Goods making their way from India to western Europe would, to present a hypothetical case, have to be loaded onto a ship at an Indian port, offloaded onto trains and trucks in Chabahar, carried to Turkmenbashi, offloaded onto a ferry for a brief trip across the Caspian, and then back onto trucks for forward conveyance.

Even if Turkmenistan were a frictionless, ultra-efficient and corruption-free transit nation, this route would be exhausting and costly. As it is, the prospect of Turkmenbashi becoming a mainstream option for logistics companies looks remote.

The ace up Ashgabat’s sleeve are the super-highways now under construction. In January 2019, Turkmenistan began work on a $2.3 billion project to build 640 kilometers of highway from the capital, Ashgabat, to the city of Turkmenabat, near Bukhara. That road is in turn to be linked with the existing Ashgabat-Turkmenbashi route.

Roads are so important to Turkmenistan that they are even to get their own dedicated government body. There has been some disagreement about what to call this nascent department, however.

Deputy Prime Minister Charymyrat Purchekov suggested at the Cabinet meeting that it could be called simply the Roads Ministry. That name, Berdymukhamedov complained, does not conform to the requirements of modern realities, whatever that is supposed to mean. This new entity should instead be called the State Agency for Road Construction Management, he said.

What the distinction is meant to be is not immediately clear. And neither is it obvious what Berdymukhamedov was alluding to when he said that rules regarding the agency’s “market relations” should be incorporated into its founding charter.

Were one to guess, it seems eminently likely that in the era of government bodies making their own way financially, as increasingly demanded by the president, the government body responsible for collecting highway tolls will become a powerful rent-gathering force. It also feels inevitable that Turkmenistan will follow in the alleged mold of Tajikistan by turning over the running of lucrative highways to a privately owned enterprise, possibly one controlled by a close relative of the president.

A piece run by Amsterdam-based Turkmen.news is a neat illustration of just how rents operate in Turkmenistan. The article focuses on the governor of the Balkan province, Tangryguly Atahallyev, known popularly by a nickname that could be translated as Mister Billion.

“These days [in the regional capital of] Balkanabat, things are being built on any free spot,” the website’s source says. “In the city, everybody knows that it is worth giving the governor 200,000 manat, that’s to say 1 billion old manat, and you can build whatever you like. That’s his fee.”

The corruption goes all the way down the chain in the Balkan province, Turkmen.news asserts. Restrictions put in place to prevent the spread of COVID-19, which the government claims has not even arrived in Turkmenistan, has offered ample opportunities to corrupt law enforcement officers.

Turkmenistan’s reliance on China shows little sign of abating. The government on January 28 signed a $106 million agreement with China’s CNPC on the maintenance of 16 wells at its vast Galkynysh gas field. Beijing’s cooperation with Ashgabat is generating revenue, although little in terms of knowledge transfer that would enable the Turkmens to maintain and service their own fields.

And still Berdymukhamedov is not happy with how much gas Turkmenistan is producing.

On January 26, he issued orders for 234 million manat ($67 million at the official rate) to be invested into upping output figures. That money is not a freebie, though; it is a loan to be issued by the Central Bank. Fully $46 million will be going to Turkmengaz, the gas monopoly, with the rest going to state geological agency Turkmengeologiya. It is not said when these funds will need to be returned.

Russia’s ambassador to Afghanistan, Zamir Kabulov, dropped something of a potential bombshell in an interview to TASS news agency on January 31 by intimating that Moscow might now be prepared to get involved in Turkmenistan’s trans-Afghan TAPI gas pipeline project.

“Politically, this idea looks attractive. The issues to do with ensuring the security of the project, which were previously considered the most problematic, have at this time lost their acuteness,” he said, when quizzed specifically on whether Moscow was interested in TAPI.

What it boils down to is money. When all is said and done, TAPI could end up costing anywhere up to $10 billion. Unless Russia is going to punt up cash or find somebody who will, this is just hot air.

For all the vagueness of Kabulov’s remarks, however, they do hint at an intriguing possibility. Now that the West has rapidly backed away from Afghanistan, opportunities for radical geopolitical tinkering have opened up. If only TAPI were not so expensive, risky and complicated, the chance to swoop into Afghanistan as a white knight, at the expense of the United States, is one the Kremlin would relish greatly.