Turkmenistan: The more it changes, the more it stays the same

This week, state news announced the publication of the 10th annual Chronicle of Great Achievements, a digest of the president’s successes in 2016. 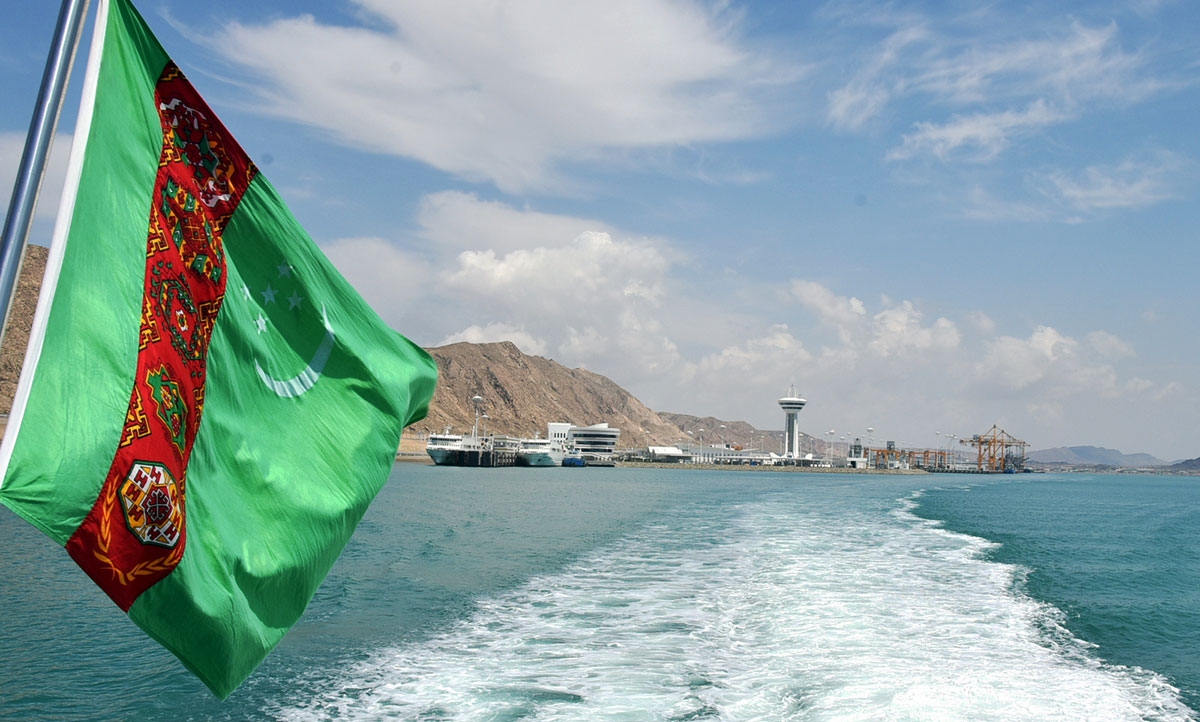 Finally some good news is on the horizon for Turkmenistan. In comments carried by Moscow’s state-run news outlet TASS, Russia's Deputy Energy Minister Anatoly Yanovsky said on July 27 that Gazprom may resume negotiations on purchasing Turkmen gas this autumn. Gazprom has not purchased any Turkmen gas since the beginning of 2016. Ashgabat and Moscow remain embroiled in an arbitration spat over prices.

The exile-run Chronicles of Turkmenistan noted that Yanovsky had said in February that Russia did not plan to consider restarting purchases of Turkmen gas until the end of 2019, so any early resumption of sales would be welcome news to Ashgabat, which has only had one customer over the last two or so years – Beijing.

Turkmenistan has not sold gas to Iran since January 2017 and is mired in arbitration on that front too. Even there, it looks like there could be some movement, with Abdolhalim Maher, the deputy head of the Iran-Turkmenistan Chamber of Commerce, reportedly saying that the two countries finalized a goods-for-gas deal on July 26. Maher told Baku-based news agency Trend that the deal will see Iran barter goods and services for Turkmen gas, with Ashgabat receiving only 30 percent of the fees in cash. No formal announcement has been forthcoming, however.

And there is some concrete, rather than hypothetical, good news for Turkmenistan’s gas exports. Deliveries of natural gas via the Central Asia-China gas pipeline in the first half of 2018 rose by 18.75 percent year-on-year, according to data from the Khorgos Customs Administration cited by Russian-language energy outlet Neftegaz.ru on July 23.

It isn’t all sunshine though.

Kommersant, one of Russia's leading business dailies, reported on July 23 that a draft treaty on the Caspian Sea, which is expected to be finalized at a summit in Aktau, Kazakhstan, on August 12, is to include a requirement that all littoral states consent to the construction of trans-Caspian pipelines.

A report published on July 30 by the Oxford Institute for Energy Studies and authored by Simon Pirani notes that “while political conditions for building a trans-Caspian pipeline are still far from favorable, ultimately it is economic factors that make it very unlikely. The cost of transporting Turkmen gas to Europe via a yet-to-be-constructed pipeline makes that gas less competitive than other options.”

Even Pakistan’s presumptive next leader is signaling doubt about whether Turkmen gas can be competitive – a worrying stance given how much importance Ashgabat is lending its TAPI pipeline project. English-language outlet Iran Front Page News cited Imran Khan as telling Iranian state media on July 28, after his PTI won Pakistan’s national election, that "even if [TAPI] is implemented, Islamabad will need to supply energy from Iran."

In more anxiety-inducing business news, MTS, one of the largest mobile phone operators in the post-Soviet space, announced on July 27 that it filed a request for arbitration against the Turkmen government with the World Bank's International Center for Settlement of Investments Disputes. MTS claims that Ashgabat violated a series of agreements by forcibly suspending MTS-Turkmenistan's activities in September 2017.

A government-sympathetic website did, however, claim to cite an anonymous telecommunications official on July 29 dismissing all MTS claims and alleging that "MTS's main motivation in filing the suit was ... to justify to shareholders the mistakes it has made in formulating strategic decisions." (The outlet’s original report was unavailable at our publication time, but the article was relayed by Moscow-based Ferghana news.)

None of these business stories got an airing in state media. All that TDH state news agency dwelled upon, on July 26, was a Turkmen delegation’s attendance at the opening of a new electricity line linking Rabat-Kashan in Turkmenistan and Qala-i-Naw in Afghanistan. Turkmen Energy Minister Charymurat Purchekov and his Afghan counterpart, Mohammad Gul Khulmi, also signed an agreement to extend the line further.

As ever, the top-heavy cult of personality devoted to President Gurbanguly Berdymukhamedov has dominated. This week, TDH announced the publication of the 10th annual Chronicle of Great Achievements, a digest of successes achieved by the president in 2016. One achievement presumably not mentioned in there, but highlighted in Pirani's aforementioned report, was the record $6 billion trade deficit recorded that year.

When the 2018 edition is published, it will likely gloss over how Berdymukhamedov’s government managed to bring about a catastrophic shortage of foreign currency and the real impact on people’s wellbeing. RFE/RL's Turkmen service, Radio Azatlyk, noted on July 27 that the prices for pharmaceutical drugs rose by an average 300 percent this year.

Following reports from two weeks ago that Turkmenistan had banned the sale of alcohol, Chronicles of Turkmenistan has updated the story to specify that booze has only been withdrawn from private stores but is being sold legally by state-run outlets, albeit at increased prices.

Azatlyk also reports that Turkmen residents have been barred from taking more than $3,000 with them when traveling abroad, down from $10,000. That is if they are allowed to travel in the first place. Azatlyk's sources claim that passengers in Ashgabat are required to disclose their entire foreign currency holdings. With the act of leaving the country becoming so difficult, it should come as little surprise that Russia’s Aeroflot has apparently withdrawn plans to launch a route linking Moscow and Ashgabat.

Rising prices are evidently causing social discontent, although the scale and intensity of unhappiness is impossible to verify independently. The exile-run Alternative News of Turkmenistan reported on July 23 that a riot broke out at a bazaar in Ashgabat's Abadan district around two weeks prior. A rare demonstration in Ashgabat also took place on July 24, according to Azatlyk, with parents protesting the state's efforts to implement more conservative dress codes for Turkmen schoolgirls. One parent was quoted as saying, "It is not the 18th or 19th century, we live in a civilized time."

The government’s response to whatever grumbling is happening is to implement cosmetic and piecemeal policies. On July 23, TDH announced that Berdymukhamedov had signed a decree establishing a body called the Institute of State, Law and Democracy in Turkmenistan. It is all-but-certain this will be as pointlessly toothless as the Institute for State and Law that Berdymukhamedov established back in 2007, except with the word ‘Democracy’ added. Even its director, Yagymr Nuryev, will be the same.