Food subsidies to end, Russia seeks closer ties, and energy news. This and more in our weekly Turkmenistan briefing. 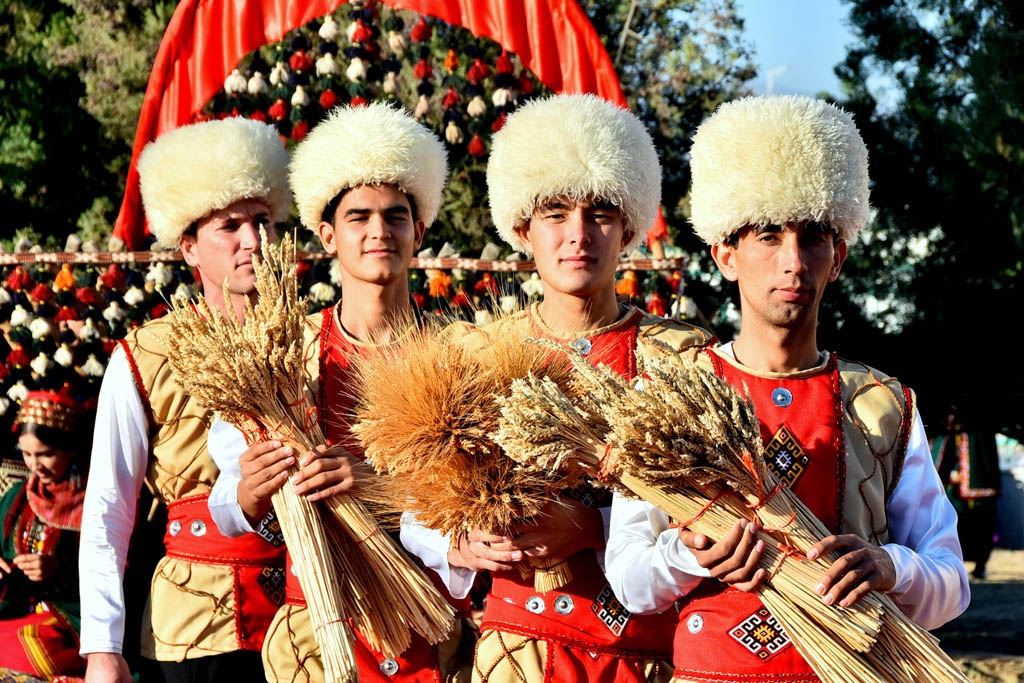 Another major plank of Turkmenistan’s social protection policy is on the cusp of disappearing.

At a Cabinet meeting on August 26, much attention was focused on the long-standing ambition to “progressively introduce market mechanisms,” as state media puts it.

Vienna-based Chronicles of Turkmenistan spells out the implications of what the government has planned in balder terms: shoppers at state stores will probably no longer be guaranteed fixed and subsidized prices for staple goods.

The broader marketization agenda has been taking shape since 2017. It was in October of that year that the Council of Elders, a for-show assembly of national and local dignitaries routinely assembled to give a sheen of legitimacy to unpopular decisions, voted to scrap the free provision of electricity, natural gas, water and salt to the population.

As the then-president, Gurbanguly Berdymukhamedov, argued: “incomes are increasing from year to year, there are a large number of jobs. I accordingly support and consider appropriate the proposal of the Council of Elders to phase in payment for the provision of utilities, so as to ensure a more rational and careful use of natural resources.

The scrapping of the requirement to pay for those utilities was implemented in 1993 by the late President Saparmurat Niyazov. The arrangement was supposed to remain in place until 2030.

Similar reasoning to that voiced by Gurbanguly Berdymukhamedov will be heard as the government pushes forward the definitive dismantling of the cheap bread-for-stability social contract.

There is another contract that Turkmenistan appears enthusiastic to revise – namely, the one it has with Russia’s gas monopoly Gazprom.

Gazprom chief executive Alexei Miller was in Ashgabat on August 29 for talks with President Serdar Berdymukhamedov (the son of the former incumbent). The question of how much gas Russia imports from Turkmenistan came up obliquely. The government website described the conversation in typically uninformative fashion, but the basic gist – “expansion of cooperation … under the current contract” – could be divined.

A five-year deal reached between Russia and Turkmenistan in 2019 envisioned annual deliveries of 5.5 billion cubic meters, although Moscow’s ambassador to Ashgabat, Alexander Blokhin, generated surprising albeit never fully confirmed news in December 2021 by claiming that Moscow had that year bought 10 billion cubic meters from Turkmenistan.

Why Russia would need to buy more gas at this particular time given how its own exports to Europe are shrinking is not easy to understand. This maneuvering looks strategic, although one can only guess at how. Russia is clearly determined to keep Turkmenistan among its miserably small circle of friends and is lavishing loving attention to that end.

A few days before Miller was in Ashgabat, President Vladimir Putin awarded the Turkmen president’s father (Gurbanguly Berdymukhamedov) a fourth-class For Services to the Fatherland order for his contribution to enhancing bilateral ties. It feels like a peculiarly domestic bauble for the Kremlin to bestow upon a foreign citizen, but the tribute will be gratefully received.

Gurbanguly Berdymukhamedov’s opposite party from Russia, Valentina Matviyenko, the chairwoman of the Federation Council, is poised for an imminent visit to Ashgabat to spread yet more goodwill.

This kind of thing does yield results. While countries in Russia’s near-abroad are quietly exploring ways to reduce their exposure to their bellicose neighbor’s actions, Turkmenistan is happy to continue deepening interdependence.

Foreign Minister Rashid Meredov talked at an August 15-16 international transportation conference about how Turkmenistan sees great potential in engaging with Russia to implement the International North-South Transport Corridor, a complex multi-regional vision that is now more than two decades in the making. The corridor envisioned a trans-Russian component in its inception, but much mental energy is being invested at present into promoting routes that would obviate reliance on an increasingly unreliable transit nation.

Blokhin, the Russian ambassador, echoed Meredov’s can-do spirit at the same conference, which was held in the port city of Turkmenbashi. In his speech, Blokhin announced that Turkmenistan could soon expect a visit from Russian Railways chief executive Oleg Belozyorov.

Turkmenistan and Russia are cultivating maritime connections too. The government of Russia’s Astrakhan Region, which lies at the northern end of the Caspian, said in a statement on August 26 that it intends to offer training to aspiring Turkmen shipping industry specialists.

That news came after a Turkmen delegation arrived in Astrakhan for a three-day stay that took in visits to the Lotus port, which has been designated a special economic zone, ship designing and building facilities, and other maritime-themed concerns.

But Turkmenistan does not only want to rely on Russia, or even China, its main customer, for its gas exports.

The planned trans-Afghan TAPI gas pipeline rarely feels very possible, but all parties involved are acting as though it is viable proposition.

Kabul-based Tolo news agency reported on August 20 that a government committee has been formed in Afghanistan to execute their country’s section of the project. The committee will be headed by first deputy prime minister Mullah Abdul Ghani Baradar, the outlet reported. A delegation will at some point travel from Kabul to Ashgabat for talks on how to take the project forward.

“We will talk about … gas prices and implementation of projects in Herat,” Shafay Azam, a Foreign Ministry representative, was cited as saying by TOLO.

In other energy industry news, the government website reported on August 26 that President Berdymukhamedov had approved the purchase by state oil company Turkmennebit of 2,309 tons of drill pipes from a Chinese company called King Ease Limited.

There is just so much to pump out of Turkmen soil.

Government daily Neutral Turkmenistan on August 24 provided a fresh update on the scale of energy riches at the country’s disposal. More than 149 natural gas and gas condensate fields holding a total of more than 4.97 trillion cubic meters of gas have been discovered in Turkmenistan so far, the newspaper reported. Of that total, 73 deposits are still being explored – a figure that Turkmen officials may well hope could lure any foreign investors prepared to put up with the complications that working in Turkmenistan entails.

The painfully slow post-COVID re-opening of the country is making more headway. Ashgabat-based news website Orient reported on August 26 that national carrier Turkmenistan Airlines has announced it is to resume scheduled flights to Germany. This follows the resumption of flights to Dubai and Kazan, the capital of Russia’s Tatarstan republic.

Flights between Ashgabat and Frankfurt will run on Wednesdays and Saturdays. One-way tickets will cost between 5,700 and 6,000 manat – prices that make a nonsense of the 3.5 manat to the dollar official exchange rate, since that would put the cost of each ticket at more than $1,600. The black-market rate of around 20 manat to the dollar makes the price-tag appear far more reasonable.