The U.S. president voiced support for the trans-Caspian pipeline, but myriad challenges remain. 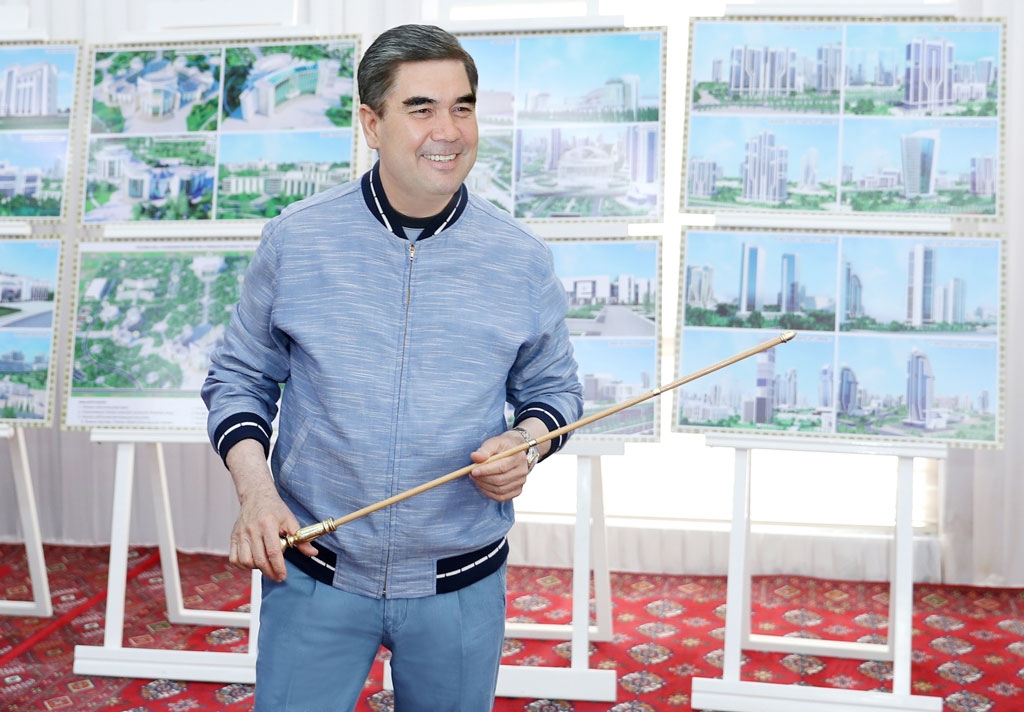 President Donald Trump has been in the news this week. In Turkmenistan.

According to Turkmen state media, the U.S. president wrote to his counterpart in Ashgabat to wish him happy Nowruz holidays and offer a note of encouragement in building the still-notional Trans-Caspian gas pipeline, or TCP.

“I hope that Turkmenistan will be able to seize new opportunities for exporting gas to the West following the recent determination of the legal status of the Caspian Sea,” Trump was quoted as writing in a note translated into Russian.

The on-and-off TCP project is gaining some traction of late, within Turkmenistan and outside it. Last month, President Gurbanguly Berdymukhamedov spoke publicly about the initiative as a pressing matter.

“But implementation will require, first of all, determining the route of the gas pipeline, the volume of required work, deadlines and so on. Only if the participants of the project settle the organizational, legal, commercial, technical and other issues, can we begin to speak in more detail on this topic,” Berdymukhamedov was quoted as saying on February 28.

And yet, there are persistent areas of contention with Azerbaijan, where TCP would have to land. The Caspian neighbors are still ostensibly embroiled in a disagreement over rival claims to the seabed and its oil reserves.

Additional bitterness has been added to the mix by a dispute over deliveries of Turkmen crude oil across the Caspian. Earlier this year, Turkmen oil exporters opted to snub export routes run by Azerbaijan’s state-owned SOCAR – which rely on tankers to feed the crude into the Baku-Tbilisi-Ceyhan, or BTC, pipeline – in favor of a new alternative run by Vitol, a Geneva-based commodity trader. The latter option sees the same oil carried by tanker to Russia and then funneled through a pipeline to the Black Sea port of Novorossiysk. As detailed in a recent Akhal-Teke bulletin, this strategy had by mid-February led to Turkmen oil exports cratering.

Government-loyal media indirectly referenced the spat this week, when Ashgabat-based Gundogar News announced that two new Turkmen oil tankers, as well as a Russian ship, had been bringing crude oil to Russia's Makhachkala port. The website noted that the tankers had been doing this since January.

Another irritant in Azeri-Turkmen relations is the mysterious refusal by Ashgabat to allow Tajik freight to pass through the country on its way, among other places, to Azerbaijan, via the Caspian port of Turkmenbashi. RFE/RL's Turkmen service, Azatlyk, has reported that Tajikistan and Azerbaijan are now in talks about finding alternative routes for trade.

Arbitrary restrictions on the movement of goods and people are nothing new for Turkmenistan.

Azatlyk this week cited unnamed sources to report that the alleged cost of a bribe to secure a ticket and exit visa is soaring – to around 70,000 manat, or nearly $20,000 at the official exchange rate. Even if calculated at the more realistic black market rate, this comes out to a whopping $3,500, which is much higher than the $200 that Azatlyk’s sources said was the typical bribe demanded until recently.

One person who did manage to get out of the country, on March 23, was Saparmamed Nepeskuliev, one of RFE/RL’s own correspondents. Another reporter who has worked for RFE/RL, Soltan Achilova, was barred from traveling abroad earlier this month.

Nepeskuliev was released from prison last May after serving nearly three years on highly dubious drug charges. Even after he was released, the reporter continued to face harassment.

In addition to making it hard to get out, Turkmen authorities are making it difficult to get in.

RATA-News, a Russian website focusing on tourism-related news, has reported that it is becoming yet more difficult for Russian nationals to get tourist visas. An unofficial policy cited by Andrei Zharkov, the general director of a travel agency, is to deny anybody under the age of 60 a visa.

“If you are young, or even a woman, then the probability of getting to see the beauty of Turkmenistan is reduced to zero,” Zharkov said.

All Central Asia-watchers have been fixated this week with news in Kazakhstan, where President Nursultan Nazarbayev dropped a bombshell by resigning. As the Vienna-based Chronicles of Turkmenistan noted, Turkmen state media drew a total veil of silence over the matter. Turkmen authorities apparently do not wish even to hint at the suggestion that Berdymukhamedov could pursue a similar path anytime soon.

What got considerable attention instead were the elaborate festivities to mark Nowruz, the ancient holiday marking the start of spring. For the occasion, people were mustered in droves to engage in planting trees imported from abroad.

Berdymukhamedov also got in on the act. Before driving himself away from the site of his tree-planting activities, the president treated an attendant retinue of curry-favorers, who included his go-to flatterer poetess Gozel Shagulyeva, to a song performed from the comfort of his driving seat.

This exercise in ecologism will do little do paper over the environmental challenges faced by Turkmenistan, however.

Azatlyk reported that heavy rains in the Balkan region and associated mudslides wreaked havoc in a number of villages in the Bereket district on March 19. Elsewhere, a tornado struck the town of Serakhs, on the Iranian border, according to independent outlet Turkmen.news.

In a truly rare acknowledgement of reality, state media alluded obliquely to some of these disasters by reporting that Berdymukhamedov had reprimanded Defense Minister Begench Gundogdyev for failing to prevent damage from mudflows. Gundogdyev’s deputy with the department of civil defense portfolio, Dovran Durdyev, was also reprimanded.

Even so, as of March 25 Bereket remains largely flooded according to Azatlyk, and waters have now reached the city of Serdar, also in the Balkan region.