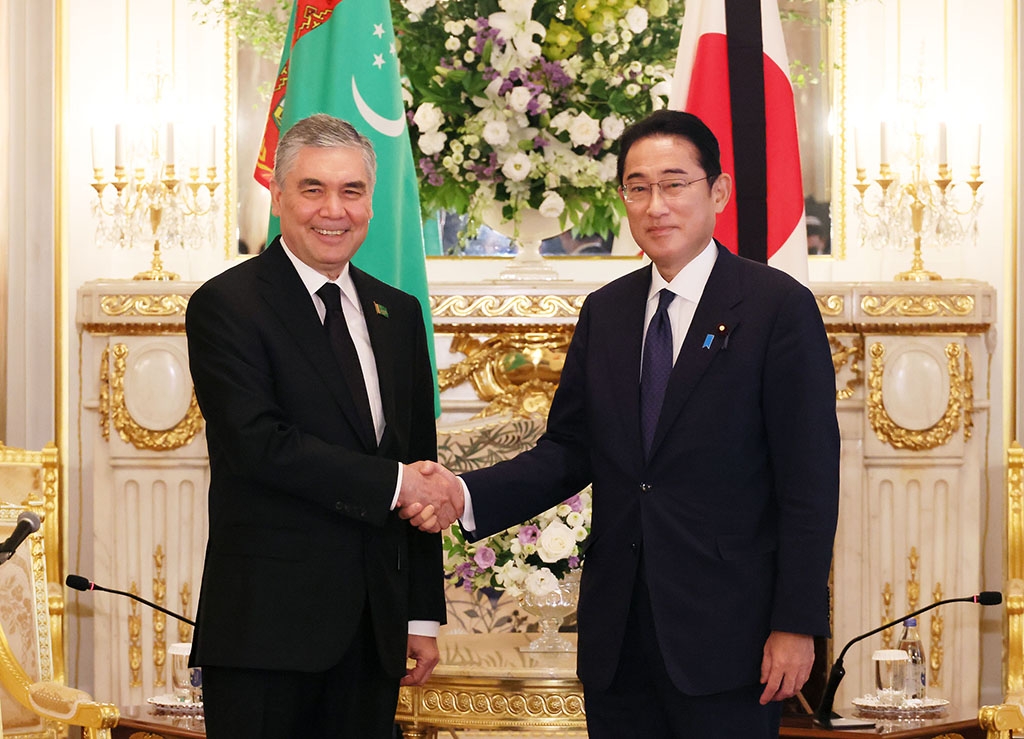 A group of exiled Turkmen rights activists on October 1 issued an appeal – bound to fall on deaf ears – for Turkey to reinstate its visa-free regime for nationals of Turkmenistan.

If Turkmens are no longer eligible to stay in Turkey without visas for periods of up to 30 days, they have only their own government to blame. In early September, the Foreign Ministry in Ashgabat announced that it was appealing to Ankara to temporarily restore the visa regime. Turkey duly complied.

In a letter posted on the website of the Bulgaria-based Turkmenistan Helsinki Foundation for Human Rights, or THFHR, a group of activists described this turn of events as an act of “discrimination against the citizens of Turkmenistan and their right to the freedom of movement.”

That, of course, is the whole point.

The authors of the petition note that there are around 230,000 Turkmens legally residing in Turkey – a fact that attests to the depth of informal economic ties between the two nations. That is a huge pool of expatriates, considering that the population of Turkmenistan is said by some to be as low as 3.3 million or so.

The idea of people frictionlessly flitting forwards and backwards, often with goods to trade, creates numerous conundrums for the totalitarian Turkmen regime. First, shuttle-trading is a hard-to-track source of income that exists fully outside the purview of the state. And the Turkmen regime requires by its nature that all personal income be contingent on its whims. Second, the free movement of people implies a corollary free flow of ideas, opinions, and information, all things the paranoid Turkmen state fears. Sure enough, Turkey has been the site of some of the liveliest anti-Turkmen regime activism in recent years.

And then, as the THFHR letter writers point out, there is the question of demography. It is imperative to limit people’s ability to leave the country so that they don’t eventually get ideas of pursuing the option of settling abroad for good.

“To stop the outflow of able-bodied people from Turkmenistan, the authorities are adopting illegal measures, which include both extrajudicial restrictions on leaving Turkmenistan and direct repressive measures – citizens are simply, without explanation, barred from flying to Turkey after going through check-in at Ashgabat airport,” the letter-writers state. “But since these measures are quite limited, the Turkmen government took the unprecedented step of asking Turkey … to introduce visas.

In addition to voicing concerns on fundamental human rights, the THFHR statement also plays a political card. The visa regime, they state, flies in the face of aspirations of fostering unity among Turkic peoples, an important plank in Ankara’s foreign policy.

This analysis does not appear to be shared by Ankara, however.

On September 29, Turkish Foreign Minister Mevlut Cavusoglu told reporters that Turkmenistan would become a full-fledged member of the Organization of Turkic States at a heads of state summit of the bloc that is to take place in Samarkand on November 11. Turkmenistan was admitted to the organization as an observer in November 2021.

“In this way, we will complete the family portrait,” Cavusoglu reportedly said.

The timing of this announcement hints at the distinct likelihood that reinstatement of the visa regime, which Ankara is understood to have been less than enthused about, was a precondition for Turkmenistan’s acquiescence to membership in a Turkish vanity project.

RFE/RL’s Turkmen service reported in October 2021 that Ashgabat was requesting that Ankara crack down on exiled Turkmen activists agitating on its soil as a precondition for Turkmenistan joining the Organization of Turkic States. The return of the visa regime is of a piece with such demands.

The irony – possibly not accidental – is that it has become more difficult for Turkmens to travel to Turkey just as the national carrier, Turkmenistan Airlines, has resumed direct scheduled flights to Istanbul. Flights will start again on October 5 and operate four times weekly. The connection was suspended in March 2020 as a measure to slow the spread of COVID-19.

In other travel-related news, Turkmenistan Airlines has announced a once-weekly scheduled route to Minsk, the capital of Belarus. The first flight was on October 1. Belarusian carrier Belavia is likewise getting in on the action, offering a weekly flight between Minsk and Turkmenbashi starting from October 11.

And who knows, might there be a Tokyo to Ashgabat route some day?

This fanciful notion was floated during a visit to Tokyo by the former president of Turkmenistan and current head of the Senate, Gurbanguly Berdymukhamedov, who was ostensibly in Japan to attend the funeral of assassinated former PM Shinzo Abe. In his meetings with officials in Tokyo, Berdymukhamedov pitched the creation of direct cargo and passenger flights as a way for Japan to get its goods overland to Europe.

The Abe funeral was largely an excuse for Berdymukhamedov to come touting for business, so it was not all mourning. As even the state news agency noted of his visit, there is a “Turkmen proverb that states: ‘Joy and sorrow go hand in hand.’”

Going by the Turkmen figures, there is a good base on which to build.

“As of today, 38 investment projects involving Japanese companies – worth a collective total of $11 billion, about 230 million euros ($228 million) and almost 17 billion yen ($118 million) – have been registered in our country,” TDH news agency stated.

The rollcall of companies whose executives Berdymukhamedov met while in Japan attests to Turkmenistan’s areas of interest: Kawasaki Heavy Industries, Komatsu, Itochu, Mitsubishi, Sumitomo, Marubeni, Sojitz, and JGC Holdings are all corporations engaged in some or other form of heavy industry, such as power generation, gas and chemicals refining, the processing of metals.

Berdymukhamedov’s pledge to Japanese businesses was to create stronger investment protection mechanisms – important since many a foreign investor in Turkmenistan has got themselves badly burnt over the years – and to establish escrow accounts for handling payments.

Turkmenistan needs foreign help in hitting all its lofty ambitions. Rarely a week passes without talk of wishing to increase oil and gas output, not to speak of boosting exports.

At the September 30 Cabinet meeting, President Serdar Berdymukhamedov listened to a report delivered by Shahym Abdrahmanov, the deputy prime minister with the portfolio for oil and gas, on a project to modernize the Bagajin gas refining and liquified gas production facility. Refurbishment of this complex will enable Turkmenistan to export greater volumes of its natural gas in liquid form, thereby partially mitigating its current lack of pipeline options. No consideration was given at the Cabinet meeting, however, to explaining how this LPG would be transported to foreign markets.