While the government seems to concede the inevitability of the incipient downturn, it is still clinging to rosy economic performance figures. This and more in our weekly Turkmenistan briefing. 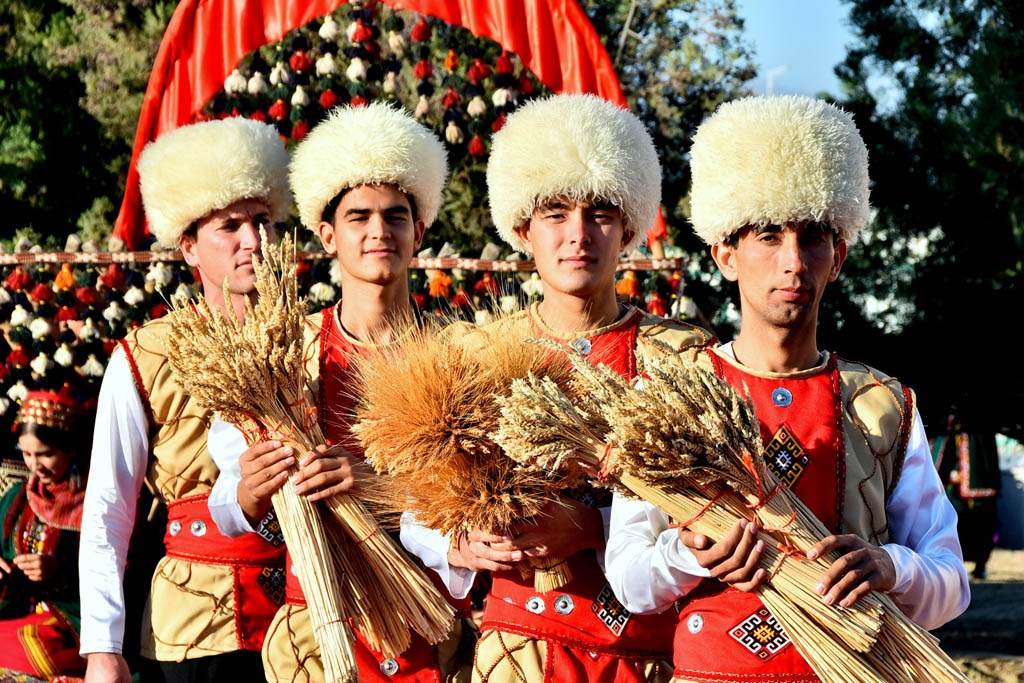 Turkmenistan has no coronavirus cases, at least according to the authorities. The global pandemic is going to take its toll on the economy nonetheless. Except, though, it isn’t.

This crisis has pushed President Gurbanguly Berdymukhamedov right through the looking glass. But he is at least acknowledging the virus by name these days.

At an April 3 Cabinet meeting, he urged his government to adopt action to mitigate the fallout of the pandemic. His recipe for survival is more import-substitution, greater industrial self-sufficiency, more loans for small and medium enterprises and the deferral of taxes for certain companies. The plan mirrors those outlined by the leaders of neighboring Kazakhstan and Uzbekistan, although absent any useful details or figures.

While the Turkmen government seems to concede the inevitability of the incipient downturn, it is still clinging onto rosy economic performance figures. At that same meeting, it was declared that economic growth in the first quarter had hit 6.3 percent year-on-year. Salaries increased at large and medium firms by a neat, average 10.1 percent. This buoyancy was purportedly down to the private sector, which the government says accounts for 64.7 percent of production. Private sector Turkmen-style is a sui generis beast, on which more below.

Conveniently enough, while budget revenues overshot their target, reaching 104.8 percent, outgoings fell far short, at a mere 90.3 percent. This may be just as well as Berdymukhamedov has now ordered a revision to the budget to fund his crypto-stimulus agenda.

The never-solid credibility of Turkmen figures is further stretched this time around by the news that China’s imports from Turkmenistan dropped 17 percent in January-February. This is in all likelihood explained by PetroChina resorting to a force majeure notice to slash its gas imports from Turkmenistan, among other places. Natural gas is a cornerstone of the Turkmen economy.

In one notable change of stance, Berdymukhamedov ordered a cut to the funding of construction projects, but he allowed an exemption for “necessary social facilities.” This will almost certainly include the Ozymandian undertaking to build a new town outside Ashgabat being overseen by the dauphin of the glassy stare, Construction and Industry Minister Serdar Berdymukhamedov.

The closest that Berdymukhamedov Sr. came to recognizing the panic of the masses outside was when he gave instructions for the government to ensure sufficient reserves of essential food supplies. A shortfall sparked a highly unusual scene of dissent on April 3, when villagers near the city of Mary squatted on the highway with demands to be provided flour and other staples. RFE/RL’s Turkmen service, Radio Azatlyk, reported that protesting women complained that they had nothing to feed their children and demanded that state stores resume providing quotas of staple goods. Azatlyk quoted its sources to say that authorities had been anticipating such scenes and had sent security services agents round villages to warn residents not to speak in public about food shortages.

There were calmer scenes in the Lebap province, where state stores have reportedly been selling rationed goods – 1 kilogram of chicken legs, 4 kilograms of Kazakh-milled flour and 5 kilograms of vegetable oil – per family under the watchful eye of National Security Ministry agents.

Hard currency is also in shortening supply. Exile-run outlet Turkmen.news reported on April 1 that employees at foreign firms will no longer, at the government’s behest, be receiving their currency in foreign denominations. They will get manat instead – at the official exchange rate of 3.51 to the dollar, naturally. The black-market rate is closer to 20 manat. Turkmen.news said it had confirmed the development with representatives of Petronas, Dragon Oil and Bouygues.

Azatlyk reported that the Central Bank has taken it a step further, decreeing that holders of foreign currency accounts may only withdraw manat. People who have scrupulously kept their savings in dollars or euros have, in effect, had the bulk of their savings expropriated by the state in one fell swoop.

Spending money is not straightforward in any event. Azatlyk cited one of its sources as saying on April 6 that state retailers and bazaars are refusing to accept payment with cards issued by the State Bank for Foreign Economic Affairs, or Turkmenvnesheconombank. In Lebap, ATMs are not giving out cash.

One thing that will never run short in Turkmenistan is blame, which Berdymukhamedov doles out generously to his toadies. Following the Cabinet meeting, the president fired off a volley of reprimands. One was for Deputy Prime Minister Chary Gylydzhov, who is evidently bungling his job of ensuring the smooth supply of food to the population. There was another reminder of the meaningless of Berdymukhamedov’s reprimands when the chairman of state chemicals company Turkmenkhimiya, Nyyazly Nyyazlyev, also got a rap on the knuckles on April 3. Nyyazlyev had already been given a “last warning” in March.

For watchers of regime politics, however, the far more momentous piece of personnel management involved the sudden retirement of Alexander Dadayev as head of the parastatal Union of Industrialists and Entrepreneurs, or UIET. He is to be replaced by his deputy, Dovran Khudaiberdyev.

The UIET has few obvious international analogues, but it is ostensibly akin to the Mussolini-created Istituto per la Ricostruzione Industriale, a vast state holding company that marshaled the state’s resources and funneled them into private companies tasked with building the nation. It was only in February that Dadayev was talking about how the UIET had been allocated $1.4 billion with which to import machinery for the aforementioned new town in the Ahal province.

Turkmenistan’s novel twist on this concept is to add cronyism to the mix. Recipients of large contracts are known to be members of the president’s family. It is not for nothing that Dadayev has earned the moniker “Berdymukhamedov’s wallet.”

Turkmen.news has speculated that Dadayev may well face criminal charges before long (as have other formerly seemingly untouchable figures in recent months). This development would suggest there is serious strife brewing within the narrow elite.

Anyhow, life must go on. Berdymukhamedov continued to flaunt his disdain for all this nonsense about self-isolation and social distancing late last month, when he donned a tracksuit and dropped by an Interior Ministry sports training facility to do some target practice. Crude editing by state television made it look as if he hit the center spot every time.

It seems there was, however, a disappointing change of plans on April 7, when Turkmenistan was meant to be marking World Health Day with a mass bicycle ride, presumably led by the president in person. Berdymukhamedov had even talked about it at the April 3 Cabinet meeting.

Vienna-based Chronicles of Turkmenistan reported on the day that none of the 7,000 people expected to participate were anywhere to be seen in central Ashgabat at midday, when these events normally take place.