In our weekly briefing: doing business with Afghanistan and Uzbekistan. Plus, it’s reprimand season. 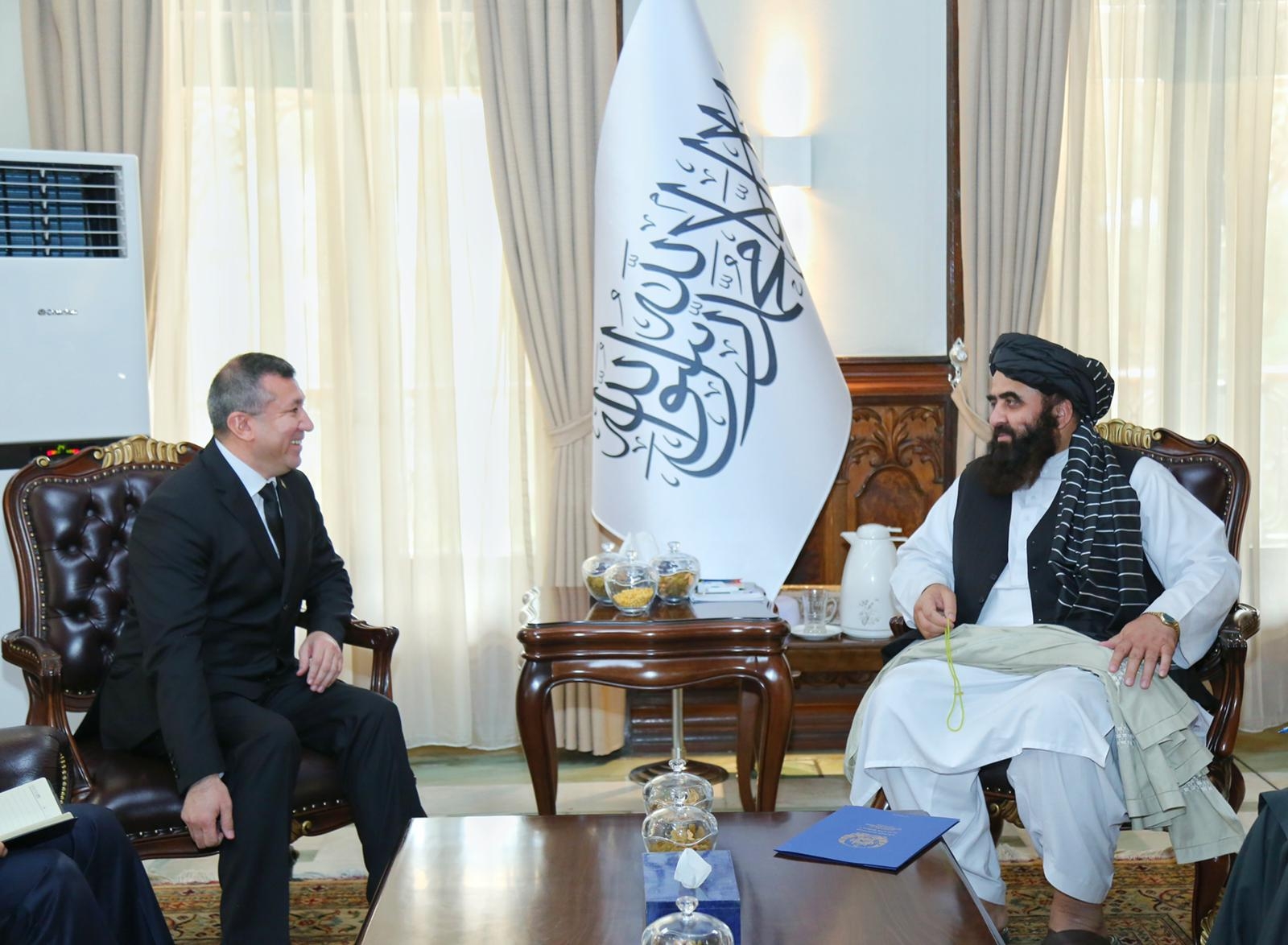 The moment always comes after the excitement of the holidays to return to the regular everyday slog.

And so, with 30th independence anniversary celebrations done and dusted, Turkmenistan’s president has resumed one of his most routine activities: reshuffling and reprimanding minions.

On October 4, it was the turn of Justice Minister Begmurat Mukhamedov to get the push, albeit not over any shortcomings, which is usually why cabinet members lose their jobs, but because he is being moved to the Foreign Ministry. He had been in the job since February 2017. He will be replaced by Merettagan Taganov, a senior state advisor on justice. Taganov at some point had also served as deputy justice minister, a position into which he was parachuted from his previous job as deputy government of the Ahal province.

There was less happy news for two top law enforcement figures: Interior Minister Ovezdurdy Khojaniyazov and the deputy prime minister with the portfolio for public security, Charymyrat Amanov, who also holds the title of secretary of the National Security Council. Both got severe reprimands and a “final warning.” Berdymukhamedov was unusually generous with his explanations for at least one of these rebukes.

Was it that crime is on the rise? No, Khojaniyazov apparently failed to ensure the timely construction of Interior Ministry buildings and then, to make matters worse, omitted to brief the government about the fact.

“As a result, you permitted shortcomings in your briefings about the work of the ministry,” Berdymukhamedov said in televised remarks.

Khojaniyazov has only been in the job since July. One of his most recent jobs was as deputy head of the Awaza tourist recreation zone, an odd resumé for a man responsible for the country’s police.

Amanov’s reprimand, handed down one week after he was awarded the rank of Colonel General, was boilerplate. He had, the president said, improperly performed his official duties and weakened his control over the activities of subordinate institutions. He is getting used to this by now. This was the first anniversary of the last time he was reprimanded.

Where President Gurbanguly Berdymukhamedov is an eager firer and rebuker, he is a shy interview-giver. It accordingly drew a lot of attention last week when he sat down for a lengthy, but obviously very closely rehearsed, exchange with Mikhail Gusman, the deputy head of Russian state-run news agency TASS.

This was no Hard Talk. In one answer, Berdymukhamedov spoke about the country’s dynamic economic growth, and how the people of Turkmenistan wholeheartedly supported government policies, as if anybody had asked them.

Mindful of his ostensible audience, he noted that cooperation between Ashgabat and Moscow is comprehensive, long-term and not liable to be affected by global developments. As for Russian leader Vladimir Putin, Berdymukhamedov finds him to be a great man with “a simple character and a generous soul.”

“A person with whom it is always pleasant to talk,” he added for good measure.

In what sounded like a giveaway, Berdymukhamedov spoke fulsomely about the Russian-made COVID-19 vaccines that Turkmenistan has been using to inoculate the population against a virus whose presence in the country has not been official acknowledged.

Use of the Russian vaccines, Sputnik and EpiVacCorona, “have largely enabled us to successfully counteract the coronavirus pandemic,” he said. This doesn’t quite square with the insistent claim – the lie, to be exact – that Turkmenistan has recorded no coronavirus cases.

The purpose of that interview and Turkmenistan’s public messaging in general is to convey the notion that it is a team player and a reliable partner, regardless of the circumstances.

The swiftness with which Ashgabat has activated diplomatic dialogue with the Taliban government in Afghanistan arguably attests to that. On September 29, the Turkmen ambassador to Kabul met with acting Afghan Foreign Minister Amir Khan Muttaqi for talks that touched on trade, electricity supplies and ongoing work to the build the trans-Afghan TAPI natural gas pipeline.

Taliban spokespeople had the good sense to make much of the TAPI aspect of the conversation, since Turkmenistan’s thoughts are so intensely focused on this project, but Kabul’s most urgent short-term needs lie elsewhere. “[Muttaqi] called on Turkmenistan to increase basic need and fuel exports to control rising prices,” a Taliban spokesman tweeted. Afghanistan is reportedly looking down the barrel of a hard winter of electricity blackouts due to its inability to pay suppliers like Tajikistan. Turkmenistan is another useful source of power.

Meanwhile, Turkmenistan’s relations with its neighbor to the north, Uzbekistan, are being cultivated in the hope of more immediate returns. Berdymukhamedov on October 4 flew into Tashkent for a two-day official visit that the Turkmen government has described, with its typical hyperbole, as “an important milestone in the history of centuries-old Turkmen-Uzbek relations.”

Uzbek officials have been briefing expansively on their ambitions for this relationship. Deputy Prime Minister Sardor Umurzakov, who held pre-visit consultations in August with Berdymukhamedov’s son and likely successor, Serdar, talked about how he saw an easy route to boosting annual bilateral trade by $1.2 billion.

"We did a study and found that Uzbekistan last year imported goods worth around $600 million that could have been bought from Turkmenistan. But instead we imported them from third countries," Umurzakov told an Uzbek-Turkmen investment forum on October 4 in remarks carried by Moscow-based Prime news agency.

Over that same period, Turkmenistan turned to third countries to import $612 million of goods that could have been supplied by Uzbekistan, Umurzakov said.

It is not surprising, then, that official figures show Uzbek-Turkmen trade in 2020 had dropped by 5 percent year-on-year to $527 million.

Umurzakov suggested that Turkmenistan could piggyback onto Uzbekistan’s recently acquired status as a beneficiary of the European Union’s Generalized Scheme of Preferences+, or GSP+, which removes duties on dozens of EU tariff lines.

“Entrepreneurs from the two countries could pursue industrial cooperation and export jointly manufactured products to the markets of third countries,” Umurzakov said.

This is all music to Turkmenistan’s ears.