Turkmenistan: Turning the gas back on

Gas deliveries to Russia resume, but the injection of cash is unlikely to plug gaping budget holes. 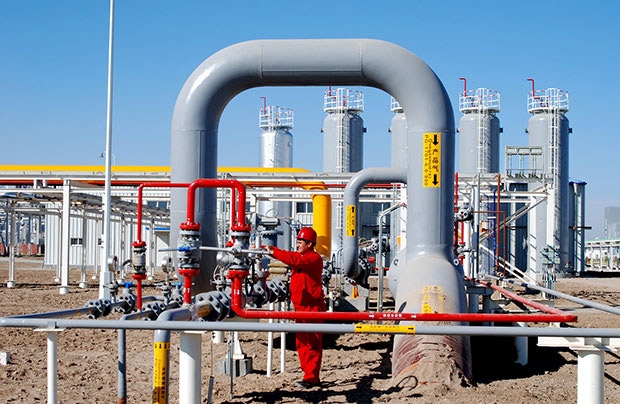 Turkmenistan turns on the gas. But for what price? (turkmenistan.gov.tm)

At midday on April 15, Turkmenistan resumed its deliveries of natural gas to Russia, ending a 40-month hiatus and earning something of a reprieve for a troubled economy.

State company Turkmengaz said in a statement that the resumption of flows are taking place under a previously existing bilateral agreement on energy cooperation running up to 2028. Gazprom chief executive Alexei Miller has made three visits to Ashgabat since October – the most recent was at the end of March – a level of shuttle business diplomacy that indicated a breakthrough was a priority.

Between 2010 and 2015, Moscow bought 10 billion cubic meters of gas annually from Turkmenistan. That amount was unilaterally slashed to 4 billion in 2015. Deliveries stopped altogether in 2016. It has not been disclosed how much gas Turkmenistan is selling now.

If Baku-based Caspian Barrel is to be believed, though, the Turkmens may be selling their gas at an embarrassingly low price. The energy news website claimed, citing unnamed sources, that Gazprom was holding out for $110 per 1,000 cubic meters.

If that report is accurate, the resumed sales of gas will do little to plug Turkmenistan’s budgetary holes, as the International Monetary Fund indicated in its typically sphinxlike update. While the fund’s growth forecasts for Turkmenistan are slightly rosier than those of the World Bank and Asian Development Bank, its breakdown of trade reveals that imports declined by 50 percent from 2017 to 2018 – down to $5 billion from $10.2 billion. The fund warned that while this, combined with higher-than-expected hydrocarbon prices, "turned the external balance into a surplus,” the afterglow “is likely to be temporary, given that the official exchange rate remains above the equilibrium value." Translation: the official exchange rate is unsustainable and Ashgabat should let it fall.

The IMF’s recommendations included phasing out the import-substitution policy so beloved of President Gurbanguly Berdymukhamedov. It also noted the poor quality of government data – the very same numbers financial institutions like the IMF use to calculate its growth projections, by the way. This is about as close as fund mandarins will ever get to an Emperor's New Clothes moment.

As the old Mark Twain saw goes, there are lies, damned lies, and statistics. Twain could, if he could see into the future, have added Turkmen statistics.

So when the state news agency claimed this week that only 3.4 percent of Turkmens are habitual smokers, making the country the least tobacco-dependent in the world, could the boast be believed? A U.S.-based outfit billing itself the Tobacco Atlas dissents, noting that Turkmenistan is solidly in the middle of the pack when it comes to smoking rates and that it consumes more cigarettes per person than any of its neighbors, with the exception of Kazakhstan.

There has been some reshuffling in the energy sector that may need deciphering. An April 12 report on the government website noted that President Gurbanguly Berdymukhamedov had appointed Myrat Artykov as the new Energy Minister, a job he will take up after a stint as head of the ministry’s representative office in Afghanistan. That previous position would likely have put Artykov in charge of shepherding progress on the trans-Afghan TAPI  pipeline, so this appointment indicates where Ashgabat sees it priorities.

Artykov’s predecessor, Charymyrat Purchekov, is being moved upstairs to become deputy prime minister with the portfolio for construction, energy and utilities.

Meanwhile, Dovletdurdy Khadzhiyev has been fired as chairman of the state-owned Turkmennebit oil company for “shortcomings in his work.” He is being replaced on an interim basis by his deputy Dzhaparguly Orazov.

In other personnel matters, the chairman of the state tourism committee Serdar Cholukov was given a “severe reprimand” for his poor work. Trying to kickstart the tourism industry in a nation with such a shockingly tight visa regime cannot be anybody’s idea of fun, so spare a thought for this hapless bureaucrat.

Moscow brought good news on the gas front this week, but bad news in other areas. Russian telecommunications company MTS, which was hounded out of Turkmenistan last year, revealed in a statement on April 9 that it has revised its estimated damages from $750 million to $1.5 billion. The company is pursuing these monies through the World Bank’s International Center for Settlement of Investments Disputes.

The floods that have tormented the country for some weeks now keep coming. This week, it was Ashgabat's turn to be afflicted, as seen in footage posted by RFE/RL’s Turkmen service, Azatlyk. Netherlands-based website Turkmen.news posted additional video and photos of the flooding. So far though, the waters appear to be more manageable than the deluge Ashgabat found itself under last May. Rains are forecast to continue into next week.

Last month, Azatlyk reported that the Balkan province village of Serdar had been all but destroyed by floods. In a tacit acknowledgement that this did in fact happen, Berdymukhamedov on April 12 ordered the construction of a new village in Serdar. Completion is only expected in 2025, however.

Just two days earlier, Berdymukhamedov broke ground on another major urban development project. He plans to build a whole new – yet unnamed – city outside Ashgabat in the Geoktepe district of Ahal Province, where his family traces its roots. This has inspired some whispering about Berdymukhamedov possibly borrowing a leaf from the book of his brother autocrat in Kazakhstan, where the capital was recently renamed Nur-Sultan in a tribute to the now-retired leader. Is the appearance of Gurbangulopolis, Berdymukhamedovia or some such on world maps around the corner?

Berdymukhamedov certainly needs something to salve his ego these days. One of his pet vanity projects – the Amul-Khazar desert rally race launched last year to much self-adulation – has been cancelled. The event, organized by the Federation Internationale de l’Automobile, or FIA, was scheduled to be held May 5-11. The race's website gives no reason for the cancellation other than "an incompatibility between the FIA requirements and Turkmenistan."