Turkmenistan: Up in smoke

The government is pointedly ignoring the global crisis. The very word “coronavirus” has made no appearance on any official websites since March 5. 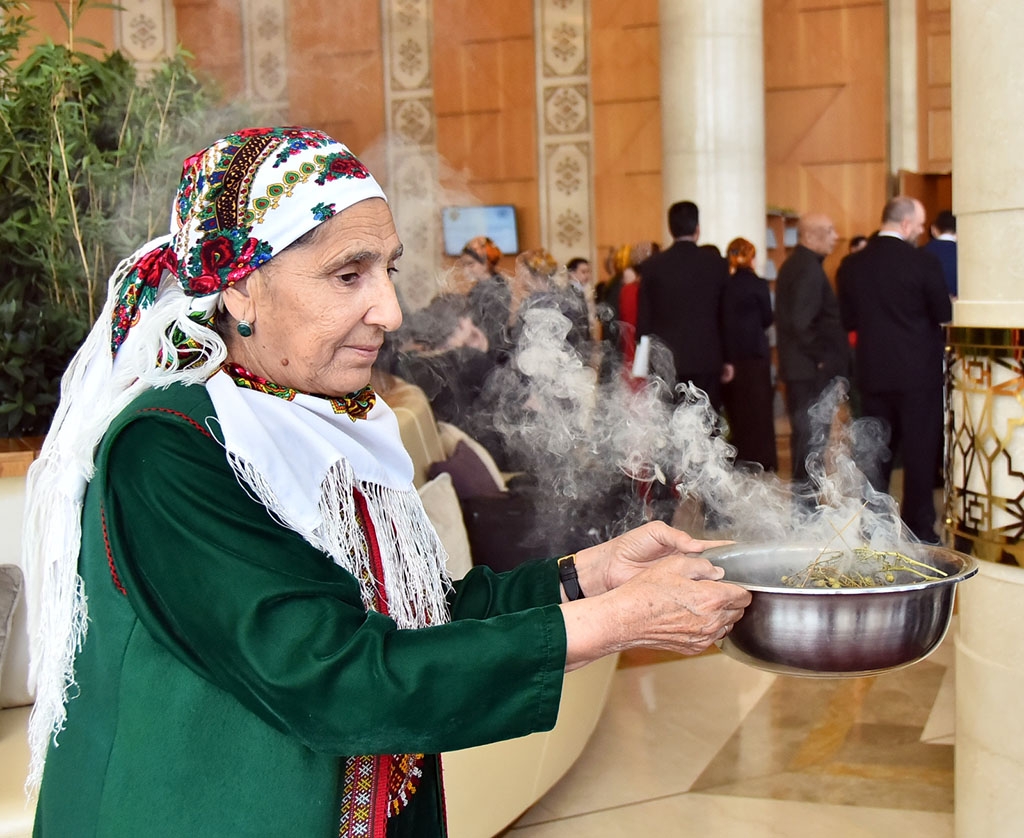 Contrary to what has been reported in some quarters, Turkmenistan’s president has not devised a method for specifically warding off the coronavirus COVID-19.

Instead, Gurbanguly Berdymukhamedov, addressing a government meeting on March 13, spoke generally about the protective properties of the plant known in Turkmen as yuzarlik (Peganum harmala). When burned, the plant can apparently be used to fumigate the home and thereby prevent the spread of all kinds of infectious diseases. The timing of these recommendations makes it obvious the president had COVID-19 in mind, however.

RFE/RL’s Turkmen service, Radio Azatlyk, reported on March 16 that in the wake of that advice being issued, state workers have begun fumigating government offices, schools and even cemeteries twice daily with yuzarlik fumes.

This method was even used at a United Nations conference in Ashgabat on March 14, where foreign delegates did not, to use the phrasing of loyal Ashgabat-based outlet Orient, “refuse the standard [handshake] greeting.”

What is, in fact, very noticeable is that the Turkmen government is pointedly ignoring the global crisis. The very word “coronavirus” has made no appearance on any official websites since March 5.

If Turkmen authorities are telling the truth when they insist that they have detected no cases to date, it is most certainly not yuzarlik that is making the difference. The country reacted faster than most in recent weeks to self-isolate, suspending international travel and closing borders. People who had their flights canceled by state-run Turkmenistan Airlines, however, have not been getting refunds, Amsterdam-based Turkmen.news reported.

There are other aspects to consider. It is not clear that any kind of test regimen is in place. Russia has sent 800 test kits to almost a dozen allied nations, including Turkmenistan, but it is not always clear how many tests each individual country actually receives.

Another quite believable possibility is that officials are lying. Radio Azatlyk on March 3 cited sources in the healthcare system talking about two cases, but there is no reliable way of ascertaining the accuracy of such reports.

Even more alarming if true, Vienna-based website Chronicles of Turkmenistan has claimed that travelers arriving on international flights to the city of Turkmenabat selected for quarantine have been able to avoid the hassle by paying bribes of up to $150.

In a probably unrelated development, the president this week ordered the Health Ministry to buy “modern equipment” from abroad to improve the quality of hospital services. A report on Turkmenistan.ru, a website run out of the Turkmen Embassy in Moscow, gives no details about the exact equipment in question, but it notes that some would be earmarked for the Ene Mahri maternity hospital. There is more than one clinic by that name in Turkmenistan, but one in the northern town Dashoguz was in December described in nightmarish terms by Turkmen.news as a contributor to high infant mortality rates.

Berdymukhamedov has not allowed the international panic to deter him from traveling. On March 11, he paid an official visit to Azerbaijan, where he held talks with his counterpart, Ilham Aliyev.

The theme of energy resources invariably lingers heavily in the air when these two men meet, and their joint declaration duly provided positive noises about their “intention to further jointly develop and implement energy projects with the aim of ensuring energy security in the region.” The document further made evident that their interpretation of the 2018 Convention on the legal status of the Caspian Sea envisions the possibility of contentious issues pertaining to use of the seabed being resolved between just two countries. Not requiring consensus agreement from all five Caspian nations, which also include Iran, Kazakhstan and Russia, in other words.

Berdymukhamedov and Aliyev’s declaration is a purely political document, but it could in theory finally lay the ground for progress on the quasi-mythical Trans-Caspian Gas Pipeline. Skeptics will scoff at this being more jaw-jawing. Believers in the pipeline are not so dismissive and argue that a show of political will is decisive.

Berdymukhamedov made it clear in end-of-visit roundup remarks, without spelling it out, that the pipeline was a key topic for discussion. “In the context of the diversification of energy and transportation flows, opportunities will be used to further exploit the potential of our two countries and implement joint projects,” he said.

In business-as-usual news, another senior official received a reprimand from the president, who commands over his minions like a stern parent. On March 12, the chairman of state chemicals company Turkmenkhimiya, Nyyazly Nyyazlyev, was given his last warning to correct shortcomings in his work.

Unusually though, the report on this reprimand gave actual details about what it is that Nyyazlyev is doing wrong. Berdymukhamedov is dissatisfied with the unprofitability of the Garlyk potash ore and mining complex. This facility, which was built as a turnkey project by Belarusian state-owned company Belgorkhimprom and officially opened in opened in March 2017, has been an unmitigated disaster. Even Turkmen state media now freely admit this fact, although they pin the blame on the Belarusians.

“Implementation of this important project was delayed by the contractor, construction lagged behind schedule and deadlines for its decommissioning were repeatedly postponed. Construction and other work stipulated in the contracts were poorly executed,” Berdymukhamedov grumbled this week during his visit to the Lebap province, where Garlyk is located.

Still, it is now down to competent management to get Garlyk back on track, he concluded, and Nyyazlyev is not up to the job. Nyyazlyev has been “severely reprimanded” before, though not to any discernible effect, apparently.

On the subject of competent state officials, Berdymukhamedov in January harrumphed about the state of the Presidential Public Administration Academy, which was set up in September 2008 and kindled quickly dashed hopes of an imminent professionalization of the civil service. As part of the overhaul he ordered at the time, the academy is now to get new premises. The construction will be done by a Turkmen company, Baýly-Gurluşyk, and should be completed by June 2022.

Baýly-Gurluşyk is yet another company operating under the umbrella of the Union of Industrialists and Entrepreneurs, or UIET, the parastatal entity charged with transforming Turkmenistan into a would-be free market economy. Disregarding the global trend for canceling such public events, UIET went ahead on March 17 with its conference to mark the 12th anniversary of its foundation.

Berdymukhamedov wished the conference well, but he seems, judging from available images on the government website, to have done so from the safe remove of his office.