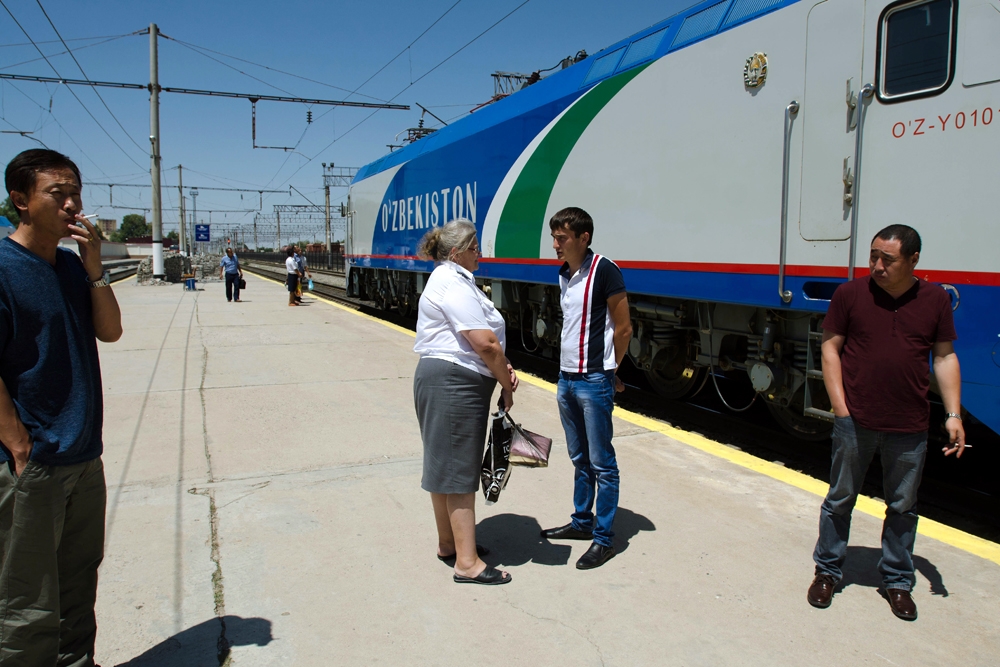 Two of the most despotic leaders in the world sit atop the governments of Turkmenistan and Uzbekistan, according to rights groups. But in sharp contrast to the way they regard their respective peoples, Turkmenistan’s Gurbanguly Berdymukhamedov and Uzbekistan’s Islam Karimov seem to treat each other with courtesy and respect when they get together.

At their most recent meeting, held in late November in the Uzbek capital Tashkent, Berdymukhamedov and Karimov reportedly signed agreements outlining economic and humanitarian cooperation. They also discussed Central Asia’s water disputes, though, as usual, details about that conversation were scarce. Even so, the overall tenor of the meeting was upbeat.

"Today Uzbek-Turkmen cooperation is developing dynamically," Uzbekistan state media declared on November 25. “The present meeting in Tashkent between the heads of Uzbekistan and Turkmenistan is the logical continuation of an efficient and active dialogue.”

The relationship today is markedly different than just over a decade ago, when, following a supposed coup attempt in Turkmenistan in November, 2002, Turkmen-Uzbek ties entered a deep freeze. Back then, Turkmen authorities accused Uzbekistan of aiding the alleged coup plotters; one of whom – former Turkmen Foreign Minister Boris Shikhmuradov  – supposedly hid inside the Uzbek Embassy in Ashgabat for about a week before ultimately being captured. Shikhmuradov has had no contact with friends or relatives since 2007.

When he came to power after then-president Saparmurat Niyazov’s sudden death in 2006, Berdymukhamedov promoted a thaw between Ashgabat and Tashkent. Apparently, the new Turkmen leader believed better ties with Uzbekistan would help him consolidate his own hold on power, Andrei Grozin, head of the Central Asia Department at the Russian Academy of Sciences’ CIS Institute, told EurasiaNet.org.

“Berdymukhamedov […] needed legitimacy in the region as a new leader of Turkmenistan. And Uzbekistan sought normalization of its relations with Turkmenistan because it was hard for Uzbekistan to be in a state of conflict with almost all of its neighbors," Grozin explained.

During the latter stages of Niyazov’s tenure, Turkmenistan tightened border controls with Uzbekistan, stymying trade. Turkmenistan’s ethnic Uzbek community also was virtually cut off from their kin across the border.

Berdymukhamedov has relied on personal diplomacy to ease bilateral tension. "Annual meetings between the presidents […] point to a higher level of cooperation than under the previous leader of Turkmenistan," Tolipov, the political analyst, told EurasiaNet.org.

Though few these days see Turkmenistan as a regional leader, neighboring states are increasingly trying to cultivate stronger ties with Ashgabat, Grozin said. Ashgabat’s growing popularity is linked to its role as an energy and transit hub. In the months prior to the Berdymukhamedov-Karimov meeting, the presidents of Kazakhstan, Tajikistan, Afghanistan and China all visited Turkmenistan.

In May, Kazakhstan’s Nursultan Nazarbayev visited to help launch a railway connecting Kazakhstan with Iran via Turkmenistan along the Caspian shore. In June Tajikistan's Imomali Rahmon and Afghanistan's Hamid Karzai attended a ceremony in Lebap Province in eastern Turkmenistan marking the start of construction on a Turkmenistan-Afghanistan-Tajikistan railway line that bypasses Uzbekistan. In September, Xi Jinping of China, which in 2009 opened a gas pipeline from Turkmenistan and sources over half its gas imports from the country, signed a deal to buy even more gas and helped launch processing facilities as the world’s second-largest field, Galkynysh.

Karimov these days may be hoping Ashgabat can help ease Uzbekistan's problems with petrol shortages and help build a railway to Iran and the Persian Gulf. Such a rail route would allow Uzbekistan to become a transit link between China and the Gulf. (With Chinese support, including a $350 million loan inked on November 29, Uzbekistan has started building a railway between its central regions and the eastern Fergana Valley that may eventually link to China via Kyrgyzstan. But Beijing and the Kyrgyz have not yet agreed on the route).

Transportation experts are skeptical that Tashkent's rail plan will pay off. "The railway corridor from Uzbekistan to the Persian Gulf is only a complementary branch of [other north-south routes], which will be developed with or without Uzbekistan," noted Jacopo Pepe, a researcher at the Free University Berlin’s Center for Caspian Region Studies.