That sets them apart from Afghanistan’s other post-Soviet neighbor, Tajikistan. 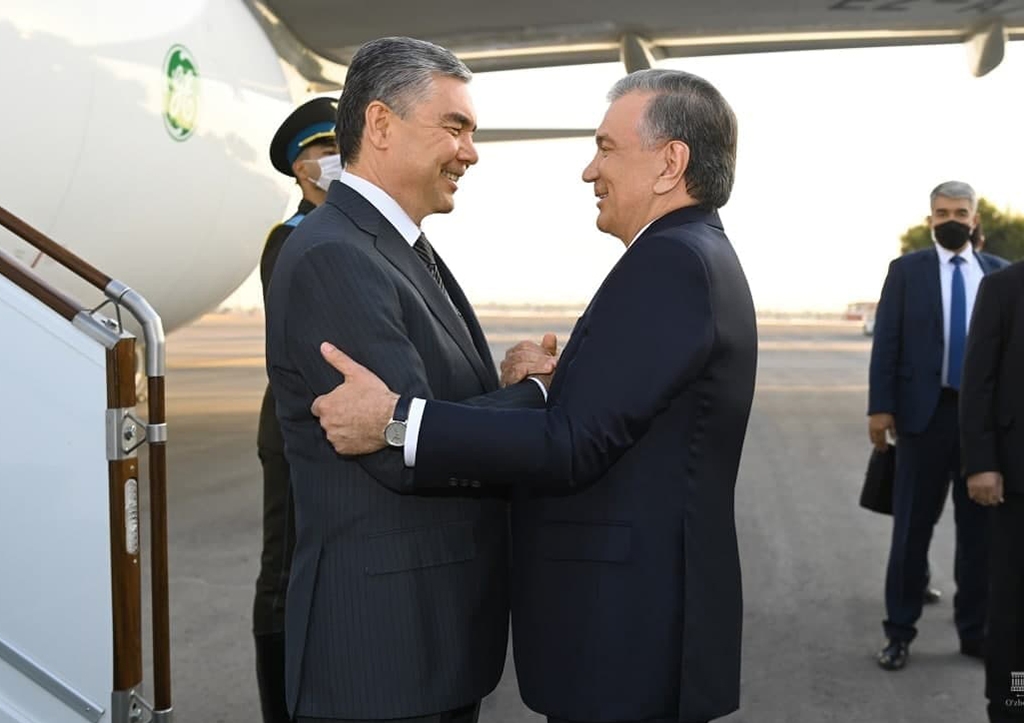 Neighboring Afghanistan topped the agenda as the leaders of Uzbekistan and Turkmenistan met in Tashkent this week and cemented their shared position on the need for engagement with the Taliban government.

That marks these two countries out from Afghanistan’s other Central Asian neighbor, Tajikistan, which has given the Taliban a frosty reception.

“Cooperation by Turkmenistan and Uzbekistan in the Afghan direction can only bring great advantage in the business of normalizing the political situation in that country, restoring the economy and the social sphere, and broadly involving [Afghanistan] in the system of regional and global economic connections,” Gurbanguly Berdymukhamedov, Turkmenistan’s president, said on October 5, the first day of his two-day visit.

The “security and robustness of the region’s development” greatly depends on how events play out in Afghanistan, his host Shavkat Mirziyoyev added.

His remarks underlined concerns in Tashkent that the Taliban takeover will set back regional cooperation, damaging Uzbekistan’s ambitious play to become a hub for the wider Central Asian region and its bid to foster what the government likes to call “connectivity.”

Uzbekistan and Turkmenistan are “ready to lend every possible assistance to the people of Afghanistan” to promote peace and socioeconomic development, Mirziyoyev added.

Neither government has granted official recognition to the Taliban government, but both have made it clear that they favor engagement over isolation.

Ashgabat is “ready to work closely with the government of Afghanistan” and offer “necessary assistance” to normalize the situation and promote a “socioeconomic revival,” Berdymukhamedov told ITAR-TASS on October 1.

Last month Mirziyoyev called for the unfreezing of Afghanistan’s assets in foreign banks.

By contrast, rhetoric from Tajikistan towards the Taliban rulers is markedly hostile.

At a meeting with UN Secretary-General Antonio Guterres this week, Foreign Minister Sirojiddin Muhriddin restated Dushanbe’s position that it will only recognize an “inclusive government that includes all political and ethnic groups in Afghanistan.”

President Emomali Rahmon has said Tajikistan will not recognize the Taliban government unless the country’s ethnic Tajik minority – estimated at around one quarter of the population – is accorded a “worthy role.”

Mirziyoyev and Berdymukhamedov also talked up trade ties between their countries, which were at loggerheads until Mirziyoyev came to power five years ago and overhauled Uzbekistan’s previously frosty relations with neighbors.

Trade turnover has tripled in the last three years to hit $527 million in 2020, despite the impact of the coronavirus pandemic, up from $177 million in 2017, according to Uzbekistani government statistics. The presidents have pledged to double that to $1 billion in the coming years.

A raft of economic agreements were signed during the visit, including on joint assembly of automobiles and white goods and cooperation on cotton processing and tourism.

The governments also signed agreements on simplifying visa requirements for entrepreneurs and people living in border areas. However, despite five years of closer bilateral engagement, there was no talk of dropping that burdensome visa regime altogether.