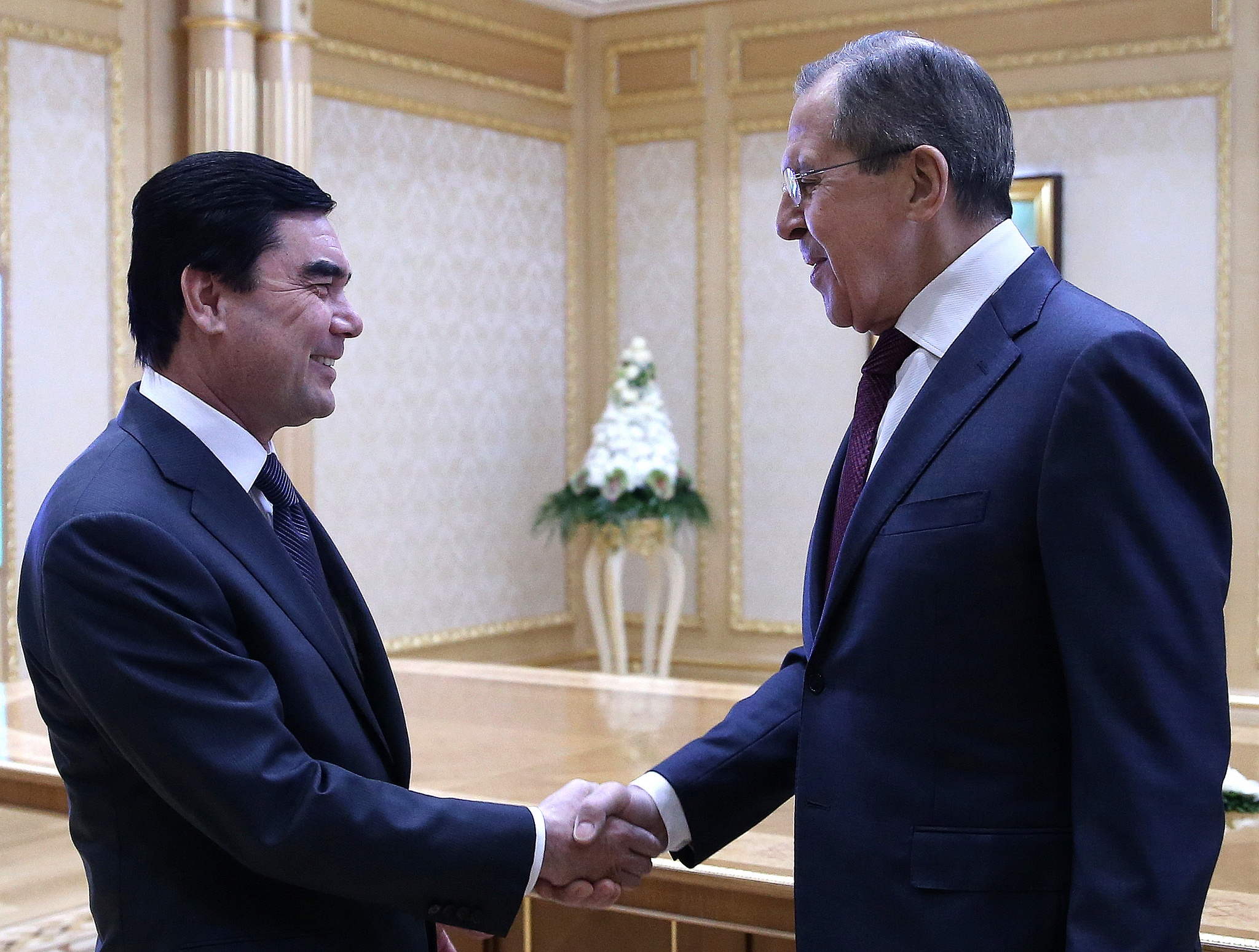 Russia has offered Turkmenistan help in guarding that country's restive border with Afghanistan, but Turkmenistan has turned them down, Russia's foreign minister Sergey Lavrov said on a visit this week to Ashgabat.

The top agenda item for Lavrov's two-day visit was gas. Russia's state company Gazprom announced earlier this month that it was stopping gas purchases from Turkmenistan, which used to be one of Moscow's top suppliers until China built a huge pipeline to Turkmenistan and now buys the lion's share of Turkmen gas. It's not clear what progress was made on that front, but Russian newspaper Kommersant, citing anonymous sources, reported that "in the coming days the two sides will start negotiations about the possible parameters of further cooperation in the gas sphere."

But the two sides couldn't not discuss the situation on the border with Afghanistan, which over the past two years has unexpectedly become the site of several skirmishes and incursions back and forth between the Taliban and Turkmenistan's security forces.

The official Turkmen statement about Lavrov's visit said the two sides discussed "a united position regarding the necessity of a political-diplomatic resolution of the problems in the Central Asian region, in particular those connected with the situation in Afghanistan."

Lavrov himself was a little more specific, telling reporters that Ashgabat had described some "additional measures" that they were taking on the border, and that they didn't need Moscow's help.

"Help is offered when it is needed," Lavrov said. "Today we were informed about additional measures that Turkmenistan’s leadership is taking to secure its border with modern technological means in the safe mode. If they need help in these efforts, of course, we will be interested. But I will repeat once again. Today our Turkmen friends told us in detail how they protect the border with Afghanistan. We proceed from this."

Turkmenistan, officially neutral and highly insular, is reluctant to take any foreign help. U.S. military officials reported a year ago that Ashgabad had asked them for (unspecified) help with respect to guarding the border. That was pretty out of character, and indeed when a U.S. diplomat visited Ashgabat in November Turkmenistan's government had apparently changed its mind and said it didn't need U.S. help any more. "We have discussed this with our partners here in Turkmenistan, representatives of the government as well as other international organizations," the official, Deputy Assistant Secretary State for South and Central Asia Daniel Rosenblum, said. "And the Turkmenistan government has said that it feels they can guarantee the Turkmen border and doesn't require any additional assistance from outside."

This may not only be connected with neutrality, argued Russian analyst Andrei Kazantsev. "This game is primarily an attempt to not frighten potential investors for gas projects," he told Kommersant. "Secondly, the Turkmen authorities are trying to play at multivectorality, distancing both from Russia and from China."