Turkmenistan: What a bunch of crop

Is the government beginning to understand that food shortages are not sustainable? 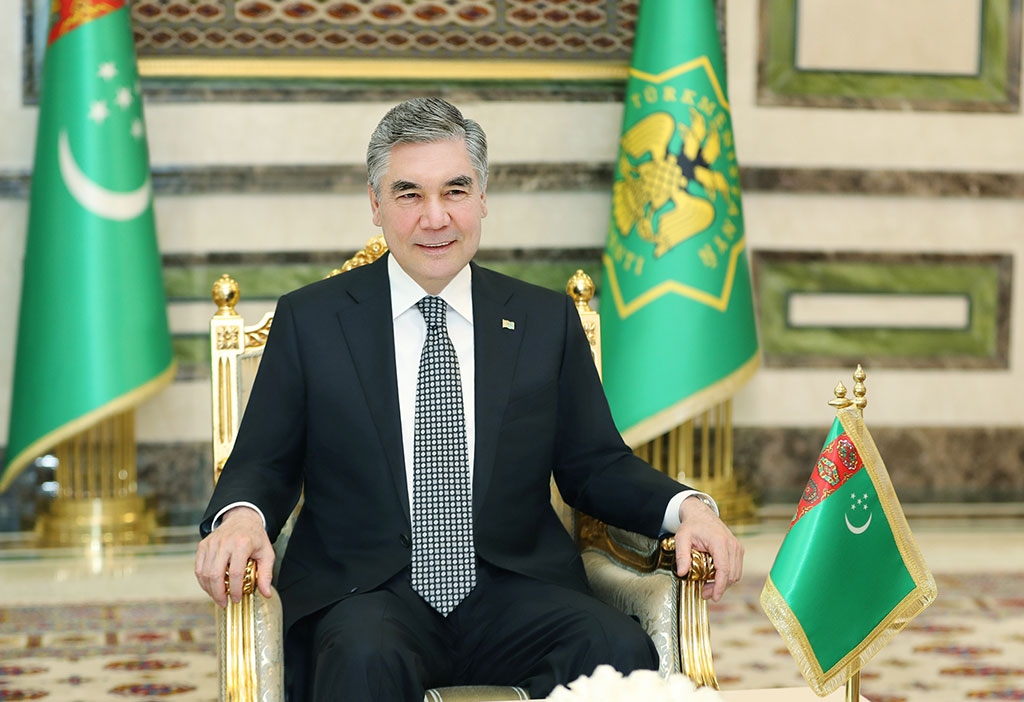 In economic policymaking, Turkmenistan has bet the house on import-substitution.

During a Cabinet meeting on October 18, President Gurbanguly Berdymukhamedov noted with satisfaction that the growing private sector has not just helped “saturate the domestic market with high-quality agricultural products,” but that it is also powering the nation’s export potential.

Pursuing this fantasy further, the president urged his government to seek out new international markets to which to sell surplus food production.

But the only food-related thing that Turkmenistan seems to generate in abundance is stories about shortages. Vienna-based Chronicles of Turkmenistan reported this week that state-owned shops in the capital, Ashgabat, are experiencing shortfalls of eggs and vegetable oil.

The website carried a photo appearing to show people waiting in line before daybreak at the gates of a produce bazaar in the hope of buying eggs.

There are signs that the government understands the status quo is not sustainable, however. Azerbaijan-based Trend news agency on October 21 cited a Turkmen state television report on efforts to slightly loosen the rules on how agricultural land is used.

Under a decree adopted last year, farming land is being made available for long-term leases to local joint-stock companies, collective farm-style associations and private citizens. While 70 percent of the land should be set aside for wheat, cotton and other crops sequestered under the state production quota, farmers may use the remaining land for any other crops. Any surplus product of the state-mandated crops may either be sold to the government at set prices or retained by the producer.

The express intention of this highly tentative transition to market-oriented policies was to improve productivity. The presidential decree reported via Trend approved the actual allocation of the land, which means it will take some time yet to see the results.

After a flurry of less-than-enthusing news about progress on the Turkmenistan-Afghanistan-Pakistan-India natural gas pipeline (see this prior bulletin for more), there have been some developments indicating movement.

The chief executive of the Turkmen-led TAPI Pipeline Corporation, Murad Amanov, was in Islamabad last week to offer the Pakistani government reassurances about the project. Karachi-based The News International cited its sources as saying that the Turkmens have pledged to ensure that the document outlining how TAPI operates will include provisions to compensate Pakistan in the event unrest in Afghanistan disrupts supplies. The same report noted that Ashgabat is still prepared to negotiate on a pricing mechanism for its gas.

Addressing the security issue, Xinhua news agency ran a report on the formation of an Afghan special forces unit that will be dedicated to maintaining order along TAPI’s route. The unit numbers 700 men and has just entered into service, according to a regional official cited by the Chinese state-owned news agency.

Afghanistan was supposed to begin construction of its section of TAPI in February 2018, but it does not seem like much has been done. The appearance of these armed forces may change that, although it is not yet quite clear who will be picking up the bill.

Berdymukhamedov is usually quite averse to foreign travel, but these are proving to be busy weeks for him.

On October 21, he arrived in Japan’s capital for a two-day working visit. Japanese companies have been involved in some large industrial projects in Turkmenistan. Perhaps the most notable of these was the $1.7 billion gas-to-liquids plant opened in June in Ovadan-Depe, just outside Ashgabat. Construction was completed jointly by Japan’s Kawasaki Heavy Industries and Ankara-based Renaissance Construction.

It was around the time of that plant’s inauguration ceremony that Turkmenistan began to show deepened interest in attracting Japanese capital. A direct Ashgabat to Tokyo flight serviced by Turkmenistan Airlines was launched. And Berdymukhamedov in May signed a decree ostensibly making it simpler and cheaper for Japanese citizens to visit Turkmenistan for short stays.

The state news agency preview of the president’s visit has forecast promising avenues for more commercial partnerships in transportation, telecommunication and agriculture.

Berdymukhamedov will barely have to time to recover from his Nipponic sojourn before he heads over to Azerbaijan, where he will attend the 28th summit of the Non-Aligned Movement, which will place October 25-26. Turkmenistan has never evinced much enthusiasm for international multilateral initiatives, so this high-profile engagement represents a notable break from custom. One may only speculate whether Berdymukhamedov will, while in Baku, perhaps consult with his host, President Ilham Aliyev, about their respective positions on that other ever-elusive natural gas pipeline, the Trans-Caspian.

There will be more travel in November, when Berdymukhamedov heads to Italy. Italo-Turkmen trade relations are going through something of a bumper period, apparently.

And Italy’s Eni is in a select club of international energy companies operating in Turkmenistan. The company is currently producing oil at the Burun field under a production-sharing agreement. Eni’s Turkmen output equaled 11,000 barrels of oil equivalent per day in 2018. But it now has its eye on another pair of offshore blocks holding an estimated 500 million tons of oil and 630 billion cubic meters of natural gas.

In light of the fact that Central Asian leaders often time foreign visits to coincide with major commercial deals, there are some grounds to imagine some kind of agreement will be signed during Berdymukhamedov’s stay in Italy.

It will again become simpler (in theory) for regular Turkmens to get to Europe following a decision by the European Union Aviation Safety Agency to reinstate third-country authorization to Turkmenistan Airlines. The reversal of the ban on Turkmenistan Airlines craft flying in EU airspace, which was imposed in February, was achieved after the airline committed to overhaul its safety protocols. Reuters reported that Ashgabat-Frankfurt flights are set to resume on October 26.

The propaganda that is churned out by Turkmenistan’s state media machine is relentless but not especially slick. It is perhaps with that in mind that the government news agency signed off last week on a memorandum of cooperation with the Kremlin-owned Russia Today, or RT, broadcaster. The brief official statement on this tie-up do not reveal what form this cooperation might take, although it is safe to say that it is unlikely to produce anything resembling serious journalism.