Our weekly Turkmenistan briefing: Berdymukhamedov goes traveling and lectures the WHO, while YouTube bows to Turkmen censors and takes down Eurasianet’s channel. 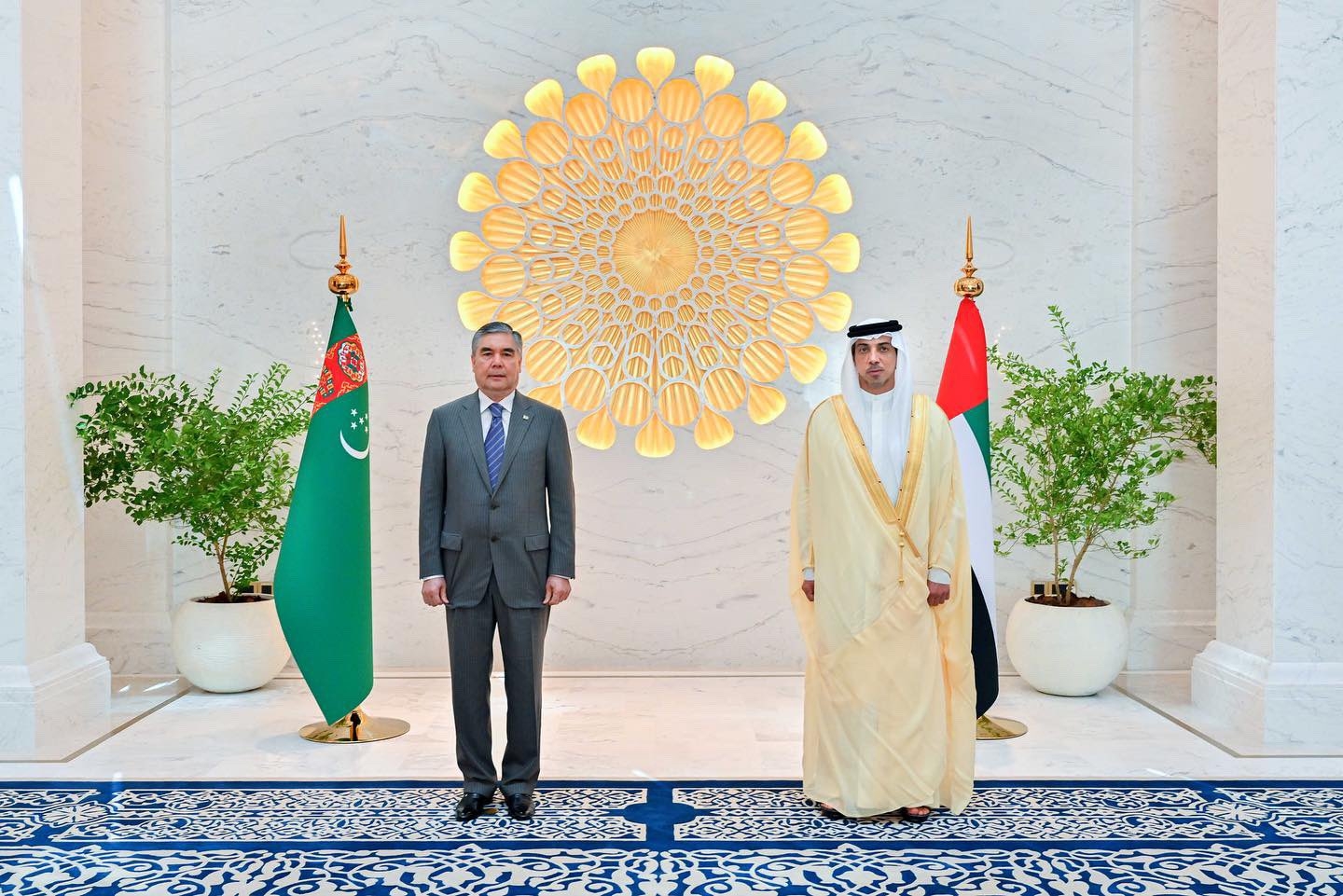 Turkmenistan’s president has rediscovered the itch for travel.

Last week, he popped over to neighboring Uzbekistan for a two-day official visit intended, as the official state chronicle had it, “to underline the active dynamics of Turkmen-Uzbek interaction.” In plainer terms, the two countries are exploring ways to boost mutual trade and leverage one another for access to the global market.

On the former point, President Gurbanguly Berdymukhamedov and his Uzbek counterpart, Shavkat Mirziyoyev, agreed notionally to increase annual bilateral trade to $1 billion “in the near future.” Uzbek officials were grousing ahead of Berdymukhamedov’s arrival that the figure in 2020 was a mere $527 million, far short of what it could – and should – be.

One specific remedy agreed upon during the visit was the creation of a Turkmen-Uzbek border trade zone. As is often the case with such things, there is little clarity about what this would entail, however.

There has also been some fanciful talk about joint industrial enterprises. In that spirit, a notional agreement was hatched at the October 4 Turkmen-Uzbek economic forum for Uzbek state-run automotive concern UzAuto to assemble vehicles in cooperation with Turkmenistan-Motors.

That Turkmen company is a nebulous, hypothetically private entity that is not known to have ever so much as assembled a model kit, let alone a car. Nevertheless, its general director, Furkad Aydashev predicted boldly that this tie-up would within its first year produce up to 10,000 units of “agricultural machinery and trailers.” That number would quintuple within five years, he forecast. The Turkmen state will likely end up being the main buyer for any vehicle produced, though, since it is hard to conceive of anybody else who would.

The presidents agreed in their statement that the route running from China through Central Asia across the Caspian through the Caucasus and ending in Europe was not being adequately exploited. Turkmenistan hopes that its expensive Turkmenbashi seaport might yet have its moment in the sun.

But there are other options. In April 2011, the governments of Iran, Oman, Qatar, Turkmenistan and Uzbekistan signed off on an agreement to create an international transport and transit corridor. As Berdymukhamedov and Mirziyoyev’s declaration appeared to concede, however, this whole idea never got off the ground and needs to be revisited.

On October 9, just days after the president returned from his Uzbekistan trip, he embarked on another foreign visit – this time to the United Arab Emirates. This was Berdymukhamedov in traveling salesman mode, attending the opening days of Expo 2020 in Dubai, which was postponed due to the pandemic. These events are ostensibly intended to promote virtuous concepts like sustainability and “opportunity,” but are treated, not unfairly, by the likes of Turkmenistan to hawk export wares and investment opportunities.

Sure enough, Berdymukhamedov reportedly came away from his trip with a commitment from the UAE government to invest in construction of a fertilizer processing plant in Turkmenistan. Investment was how Turkmen media was putting it anyway. It was, in truth, a loan of undisclosed size from the Abu Dhabi Fund for Development.

In a grimly farcical detail, Turkmenistan’s stand at Expo 2020 includes one boasting of the country’s achievements in healthcare. Berdymukhamedov, who had just days earlier announced news of the publication of the thirteenth volume of his works on medicinal plants, seized on the opportunity of his attendance to harp yet again about the curative benefits of licorice. As the state news agency noted with some fanfare, a new product was developed this year, to mark the 30th anniversary of independence: licorice tablets. As Turkmenistan watchers may recall, Berdymukhamedov strongly implied at a Cabinet meeting in late 2020 that licorice roots might even help ward off respiratory conditions such as COVID-19.

But maybe this is unfair. This sort of crackpottery and Turkmenistan’s insistent and mendacious denials of having recorded any COVID-19 cases has surely made the country an unmentionable in international medical expert circles?

Not a bit of it. None other than Hans Kluge, the Europe regional director for the World Health Organization, traveled to Turkmenistan on October 8. The entire visit was beyond perplexing.

The public has to infer from WHO’s guarded pronouncements on Turkmen affairs that the organization believes engagement with the secretive dictatorship is necessary for encouraging good healthcare practices. The WHO is accordingly willing to tolerate Ashgabat’s incessant lying about its serious COVID-19 outbreak so long as the government pursues vaccination programs – officials now claim jabs have been administered to 70 percent of the population – and enforces social distancing measures and mask-wearing. So long as the government behaves, as one WHO representative once notoriously phrased it, “as if COVID-19 was circulating.” Never mind that the lack of a transparent information campaign based on hard data may have claimed countless lives.

In the event of Kluge’s meeting with Berdymukhamedov, state television duly aired images of the Belgian studiously taking notes, as though he were one of the Turkmen leader’s minions: a nice little propaganda coup for the doctor-in-chief. As Vienna-based Chronicles of Turkmenistan spotted, just to double down on the grotesqueness, a jar holding a stalk of yuzarlik was positioned on the coffee table between the two men. It was this herb whose use Berdymukhamedov made all but central to the anti-coronavirus campaign back in March 2020, when he talked at a Cabinet meeting about its purported protective properties.

All Berdymukhamedov offered in return for Kluge buffing his shoes was a weak-tea admission that people diagnosed with “symptoms similar to coronavirus” are being kept in quarantine centers.

Kluge has the luxury to criticize Turkmenistan for its actions and chooses to dispense with this privilege. People inside the country are not so lucky.

Amsterdam-based Turkmen.news reported on October 8 on the case of a man called Sergei Babaniyazov who was sentenced to two years in prison on charges of disseminating pornography. But as the outlet’s sources have said, that was a set-up. Babaniyazov’s true offence was to post comments on YouTube channels run by exiled opposition groups.

YouTube, incidentally, is doing its own bit to assist the cause of aiding Turkmen censorship. The state broadcaster has been peppering any channels that have presumed to take snippets from its evening bulletin with copyright strikes.

Earlier this month, it was Eurasianet’s turn. Our own channel, which includes troves of originally produced footage – including that famous clip of Berdymukhamedov falling off his horse, which was filmed by a website collaborator – was taken offline at the Turkmen government’s request on copyright-violation grounds.