Turkmenistan: You’re in the army now

Turkmenistan is now in the unenviable position of abutting two global hotspots. This and more in our weekly Turkmenistan briefing. 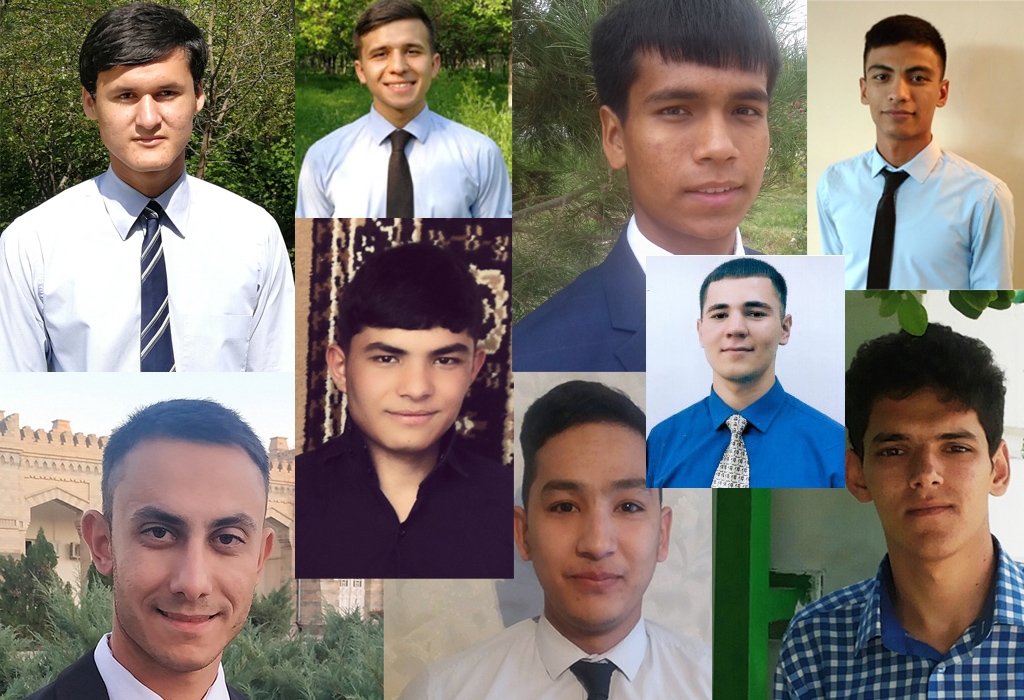 Those in Turkmenistan who decline to perform obligatory military service out of conviction will go to jail and could likely also face physical abuse.

In their most recent annual country review, Jehovah’s Witnesses revealed that nine adherents to their faith are at the moment serving prison sentences stemming from their commitment to conscientious objection.

Appealing this treatment buys no reprieve – quite the opposite. One 18-year-old man, Azamatyan Narkuliyev, was sentenced to one year in prison last January for resisting the draft. After he lodged a legal appeal for clemency on health grounds, however, he was badly beaten by prison guards, the Jehovah’s Witnesses said in their report, provided to Eurasianet this week.

In other cases, young people are evading obligations for pressing economic reasons. RFE/RL’s Turkmen service, Radio Azatlyk, carried a report on January 4 about how secondary school students in the city of Mary are skipping classes so they can work to supplement their families’ income. A correspondent for Azatlyk reported seeing children working at car washes.

Sometimes, it is the school authorities themselves forcing children to miss class. Azatlyk noted in an article in December that the administration of a sports college in Mary was sending children to prepare for New Year’s celebrations in Ashgabat and forcing them to foot the cost to boot.

In its 2019 Analysis of Situation of Children’s and Women’s Rights in Turkmenistan, UNICEF dwelled on the plight of “invisible” children and women who are prevented “from enjoying their rights and reaching their full potential.” That publication provides scant detail about what this means exactly, although a country report to the UN Committee on the Rights of the Child to be published this year should hopefully shed some light.

The last country report, from 2015, alluded to an array of familiar-sounding complaints, such as the continued use of child labor in the cotton fields, lack of access to education for rural communities and children with disabilities, the practice of mobilizing children for festive events.

The trickle of worrying accounts like the ones from Mary suggest little has changed. In that now five-year-old assessment, the UN committee also bemoaned the paucity of in-depth, raw data that might permit it to assess how Turkmenistan was performing. There too, nothing is likely to have changed.

It is not much more cheerful for the adults, even during the festive season.

Vienna-based website Chronicles of Turkmenistan reported on January 3 that police in the northeastern town of Turkmenabat have responded to the president’s recent injunctions to uphold law and order by prowling the streets ahead of New Year’s Eve and rounding up anybody deemed to be loitering. Typical suspects were either found without their papers or were considered to be behaving in an excessively “merry” fashion. At least 113 people apparently saw in the new year cooling their heels in detention facilities designed to hold 30.

Others got a hangover even without drinking. Azatlyk cited multiple residents of Ashgabat as saying that their year began with letters warning them to clear their arrears on electricity and gas bills. Failure to pay within 10 days will result in suspension of service, the letters warned.

This is a new experience for Turkmen households, many of which were only required to start paying for basic utilities at the start of 2019.

Ahal, the name of the province that surrounds but does not include the capital city, is regularly in the news by virtue of its central location. But purportedly glowing achievements there have received far more attention since last year, when President Gurbanguly Berdymukhamedov’s mirthless son, Serdar, was appointed deputy governor and then, soon after, governor.

Officials below Berdymukhamedov rarely get the privilege of identification by name and surname, but no such cursory treatment for the dauphin. Last year brought a slew of state media accounts of the opening of agricultural concerns in Ahal province. This year has already begun with laudatory stories about booming vegetable production there, an apparent attempt to set a mood music of success.

Things are not so unequivocal in other regions. On January 6, Berdymukhamedov held a video conference meeting where he fired and hired a good number of district heads in what pro-regime website Orient described as a “reset” of regional leadership. Of the nine district chiefs who got their marching orders, eight were found to have allowed shortcomings in their work. Reading between Orient’s elliptical lines, it seems likely that the officials in question may have overseen disappointing cotton and grain harvests.

State media does not allude to events outside the country’s borders, even when those developments are unfolding next door. Turkmenistan is now in the unenviable position of sharing borders with two global hotspots.

The recent surge of fighting in the Afghan provinces of Badghis, Jowzjan and Faryab, all of which border Turkmenistan, received no attention, of course. But secretly, as RFE/RL’s Bruce Pannier detailed in a January 4 article, Ashgabat appears to have solicited assistance from Russia's armed forces for the last year, at the very least. For Pannier, the implications are clear: “Turkmenistan’s acceptance of Russian troops on its territory – if that is what is happening – would be another indication that Turkmenistan is falling back into the Kremlin’s orbit.”

Turkmenistan is also contriving to pretend it is ignoring developments in Iran, with which it shares a 1,148-kilometer border. After Iranian Foreign Minister Mohammad Javad Zarif phoned his Turkmen counterpart, Rashid Meredov, on January 5, Iranian state media declared that the conversation had focused on the assassination of Iranian Maj. Gen. Qasem Soleimani. This received no mention in state media.