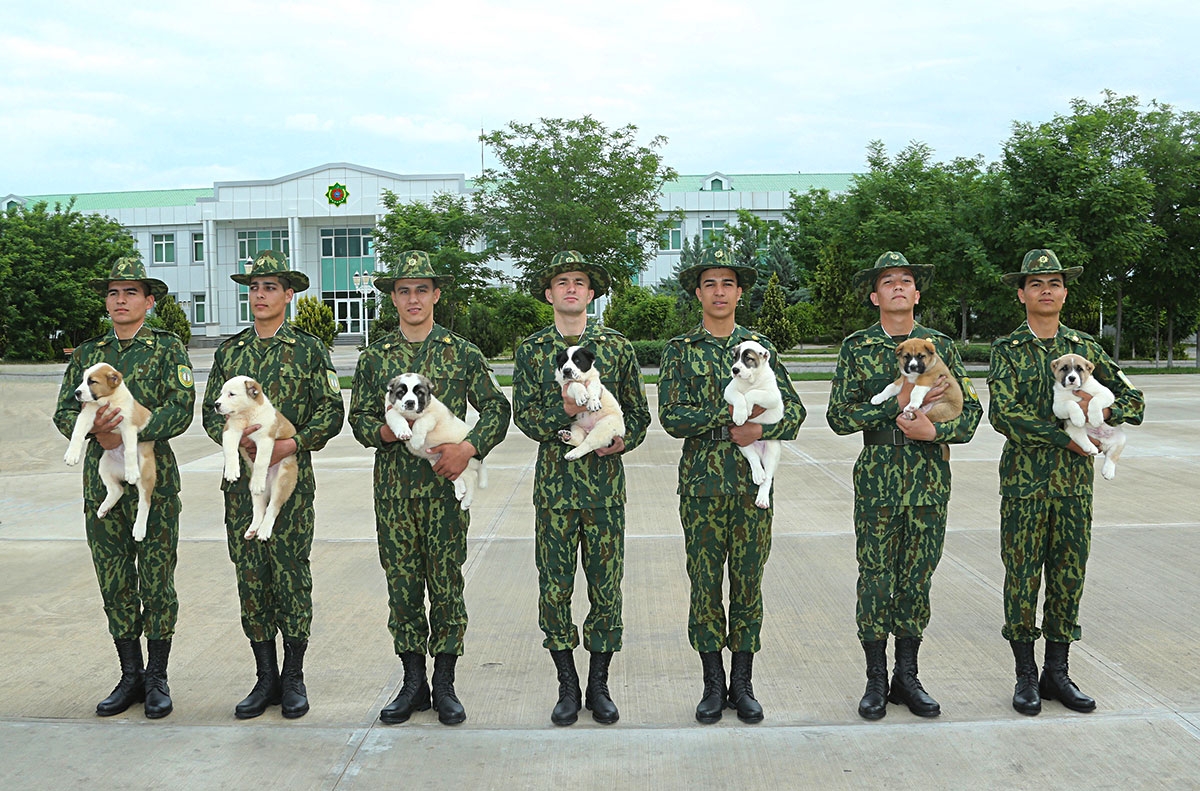 Russia continues to be a source of good news for Ashgabat. On May 15, just a month after Turkmenistan resumed selling gas to Russia, regional news agencies reported that the two countries had formally agreed to end arbitration proceedings over their previous gas spat, which had ended sales in 2016.

A day later, Russian Deputy Energy Minister Anatoly Yanovsky said that talks were underway for a new five-year contract. Yanovsky’s comments appear to contradict Turkmenistan’s claims that the renewed gas sales were taking place under the terms of their 2003 agreement, which had led to the arbitration threats initially.

Turkmenistan continues to push other gas pipeline projects as well.

Ashgabat-based outlet Orient, which, like all media based in the country, constantly flatters the regime, claimed on May 20 that progress had been made on plans for the Turkmenistan-Afghanistan-Pakistan-India (TAPI) pipeline, and that the only remaining prerequisite for construction in Afghanistan and Pakistan was land allocation. Yet given the government's trouble accurately reporting even the most basic facts about the proposed pipeline, this seems unlikely. Further discussions are due in the coming days.

Turkmenistan’s other proposed gas-export route, through a pipeline beneath the Caspian Sea and on to the EU-backed Southern Gas Corridor, remains in limbo.

On May 15 the European Commission released an updated strategy for its relationship with Central Asia. The communique will likely disappoint Ashgabat. On the potential trans-Caspian pipeline, it merely commits the bloc to assessing the possibility of construction – something it is nominally already doing.

On May 20 Hungarian Foreign Minister Peter Szijjarto visited Ashgabat, but the government said little of consequence about the meeting. International Monetary Fund Director Christine Lagarde visited Uzbekistan and Kazakhstan this week. But she didn’t stop in Ashgabat. That’s unsurprising, given how often Ashgabat ignores the Fund's advice – and so Turkmenistan remains the sole Central Asian state never to have welcomed an IMF director. Turkmen Trade Minister Amandurdy Ishanov was in attendance during Lagarde's visit to Nur-Sultan, however.

Turkmenistan’s links with the West face a more immediate challenge. On May 14, the Vienna-based Chronicles of Turkmenistan reported that Turkmenistan Airlines flights to and from Germany and the United Kingdom, scheduled to resume in June, had been again removed from the state airline’s online timetable. Flights to the EU were grounded in February because of safety concerns.

Restrictions on travel are nothing new for Turkmen citizens.

RFE/RL's Turkmen service, Azatlyk, reported that Turkmen students were being barred from crossing the Uzbek-Turkmen border. Border guards made headlines domestically as well, albeit for a different reason: President Gurbanguly Berdymukhamedov gifted them seven puppies from Turkmenistan’s national dog breed, the alabai.

Per official media, Berdymukhamedov is working on a book about the alabai, also known as the Central Asian shepherd dog. How Berdymukhamedov promotes the breed – he gave one to Russian President Vladimir Putin in 2017 – contrasts starkly to the treatment of stray dogs in Ashgabat, where they are culled.

The president claims to be among the world’s most prolific writers, asserting mastery of diverse subjects, from medicinal plants to historical trade networks. While his books attract sniggering – and excite collectors of authoritarian oddities – abroad, Ashgabat’s commitment to his personality cult and adoxography is no laughing matter.

Azatlyk reported that Berdymukhamedov is even being invoked in Ashgabat's mosques. During Friday prayers on May 17, an imam praised the president as if he were caliph, adding: "Allah will save him from all misfortunes and his enemies will fall at his feet."

Gundogar-News, a government-backed attack dog, lashed out at this particular rendering of events. Casting the Azatlyk report as the work of an evil cabal of journalists and the “opposition,” Gundogar-News invoked spells from Hogwarts, the school of witchcraft and wizardry featured in Harry Potter. If that thigh-slapper hasn’t got you falling off your chair, it ran under a photo of the Gollum character from the Lord of the Rings films.

With the government obsessing over imagined foes, its import substitution and agricultural development plans refuse to bear fruit. Azatlyk published footage of people lined-up in Mary province to buy their allotment of flour on May 14.

Mismanagement dominates the economy. The Chronicles of Turkmenistan said it had received complaints from workers at the Garlyk cement plant in Lebap province who said the factory’s management was distributing output onto the black market.

Another exile-run outlet, Turkmen.news, published an investigation into a prison in Mary province on May 19. It alleged not only corrupt administrators, but that ex-government officials jailed for corruption are operating various money-making schemes from the penitentiary.

According to Azatlyk, house prices in Ashgabat have plummeted 30 percent over the last year, while the government-tied Union of Industrialists and Entrepreneurs (UIET) is pressuring local businessmen to move to the city’s outskirts. Maybe this is an effort to jump-start the delayed development of Choganly district, which Ashgabat leveled before hosting the 2017 Asian Indoor and Martial Arts Games.