The president’s attempts to make public conversation about bicycles and his mom cannot paper over a broken economy. 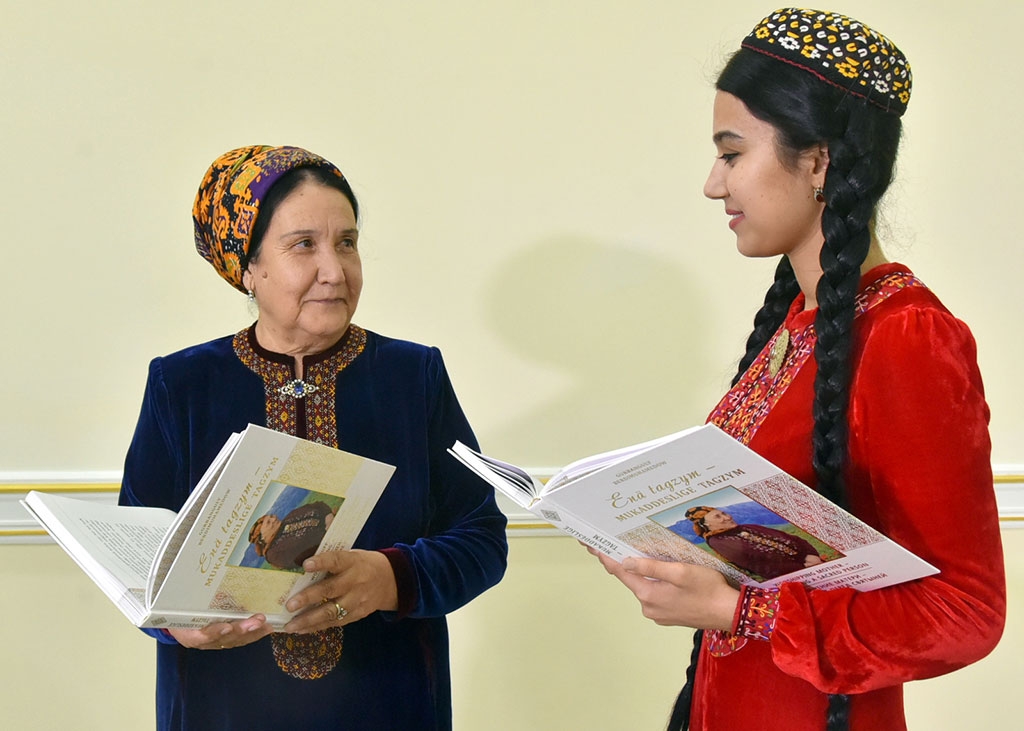 A headline in Turkmenistan’s state media declaring the bouncing health of the nation’s economy did more than just announce figures. It encapsulated the government’s entire gravity-denying policy-making ethos.

“The results from January to May are testament to the stable development of the Turkmen economy,” read the header of an article that went on to reveal 6.2 percent growth over that period.

That figure was just a whisker below the 6.3 percent recorded for the same five-month stretch in 2017. But where last year’s report was relatively generous with its figures, this latest five-month economic health summary was suspiciously cursory in its boasts about the expansion of industrial output and retail trade turnover.

The overall message is that economic bulletins need not be detailed, accurate or logical, just consistent.

And the claim that retail increased by 19.4 percent is in eye-raising contrast with the insistent trickle of news of chronic shortages of basic foodstuffs in stores. Even if the claim that average monthly salaries have risen by 9 percent is accurate in manat terms, wages have been plummeting in real terms given the collapse of the national currency.

RFE/RL’s Turkmen service, Radio Azatlyk, has reported another new record low for the Turkmen manat. Its correspondents reported from Dashoguz on June 4 that the manat was being offering locally for 29 to the U.S. dollar, more than eight times the official rate. This trend has forced the government into more creative and heavy-handed measures. The exile-run Chronicles of Turkmenistan website claimed on June 8 that the dollar had fallen in value in Ashgabat's black markets, but a report from Moscow-based Fergana News argued that this was due to the government ordering state employees to trade greenbacks for manats.

Once more confusing his priorities, President Gurbanguly Berdymukhamedov has returned to his recurring obsession du jour to order three of his deputy prime ministers to commission a bicycle monument before the 2019 iteration of his favorite holiday – World Cycling Day.

The president’s foreign suitors have picked up on the signal and made appropriately scraping noises. When Eric Stewart, head of the Turkmen-American Business Council, met Berdymukhamedov on June 6, his first order of business was to congratulate him on Turkmenistan’s over-the-top celebration of this latest edition of the holiday.

For all the efforts of the Turkmen-American Business Council – where membership starts at a steep $3,000 – the reality is that bilateral trade remains minimal. Turkmenistan represents, after all, but a fraction of the interests of those behind the group. Stewart is a lobbyist and former U.S. Commerce Department official who also serves on business councils promoting American economic ties with Hungary, Poland, Romania and Lithuania, according to his biography on the council's website.

Even trade with nearby nations is going through a rough patch. Iranian state media has cited a top official in charge of road maintenance and transportation as warning that bilateral trade is likely to fall further following Turkmenistan’s decision to hike goods transit fees.

There is some movement in the aviation sector though. TurkmenPortal noted on June 7 that national flag carrier Turkmenistan Airlines has resumed flights to Beijing and Abu Dhabi.

Authorities must be hoping some of those flights will be used by refractory citizens resisting government overtures to return home. As Radio Azatlyk explained in a recent report on the issue, Turkmen citizens have since 2013 been required to obtain biometric passports before being permitted to travel in and out of the country. Many have resisted going back to Turkmenistan to receive the updated documents, however, for fear that they might be prevented from leaving again.

The authorities may be doing a pincer movement on some of the hardened resisters. State daily newspaper Neutral Turkmenistan on June 11 reported on a bilateral extradition agreement with the United Arab Emirates that will substantially ease the process of returning delinquent expatriates. There is now even a flight on which to board those people.

Radio Azatlyk has also reported that the government is considering an amnesty for those that have thus far refused to take heed of the biometric passport legislation, but there is no way to know how credible those guarantees might be.

Indeed, clemency is slipping off the agenda. Under an annual tradition devised by Berdymukhamedov’s equally eccentric predecessor, Saparmurat Niyazov, many thousands of people were released from prison to mark Gadyr Gijesi – a holiday marking the closing phase of the holy Islamic month of Ramadan. This year, Berdymukhamedov pardoned just 611 people, which the opposition-linked Gundogar news outlet said is the smallest number since the custom was inaugurated in 1999.

Some lip service is being paid to religious values, however. According to a Foreign Ministry press release, a roundtable on freedom of religion on June 8 brought together representatives of the Turkmen Muftiate, various Christian churches and even Hare Krishnas. Given the harsh treatment and destruction of places of worship reserved for the latter groups, as scrupulously documented by Norway-based religious freedoms advocacy group Forum 18, the event feels worthy but tokenistic.

Exercises like these appear at first glance to be intended as box-ticking to ensure Western partners of Turkmenistan’s commitment to progressive policies. A reference to human rights in the TDH state news agency this week was explicitly made in that spirit. The agency wrote that during a sitting of parliament on June 8 the government “ombudswoman reported on the work needed to ensure human rights and international obligations in the area are fulfilled.”

Since being appointed Turkmenistan’s first-ever rights ombudsperson in March 2017, Yazdursun Gurbannazarova has made barely a single appearance in state media – or any other media for that matter – which speaks volumes about the level of attention the issue receives from the authorities. Gurbannazarova’s primary qualification for the job was that she served as director of the presidential human rights and democracy institute from February 2010 to January 2014. As Gundogar noted, by presenting her report to parliament in June, Gurbannazarova broke the rule requiring her office to present its findings every year. Since Gurbannazarova was installed last March, that deadline was missed by almost three months. No great loss perhaps, since Turkmenistan does not actually acknowledge it even has a human rights problem.

Anyway, Turkmen officials have other reading they must catch up with. Before the ombudswoman’s presentation, Berdymukhamedov published yet another book, his second in four months. This one is titled “Worshipping Mother – Worshipping a Sacred Person.” The four-chapter book is ostensibly devoted to motherhood in general, but features a photo of the president’s own mother, Ogulabat-eje, on the cover. Like much of his output, the book is part self-adulation and part ideological prescription.

“Page by page, the author explains the role of motherhood in forming national and spiritual values,” TDH informed its readers.

Ten years after Berdymukhamedov abolished the old calendar, which included one month named after his predecessor’s mother, it appears he too has decided to add a pinch of matriarchal color to his boundless cult of personality.

Perspectives | Turkmenistan has not banned “coronavirus”