Dovrangeldy Bayramov was fired as head of the feared security services and stripped a rank. 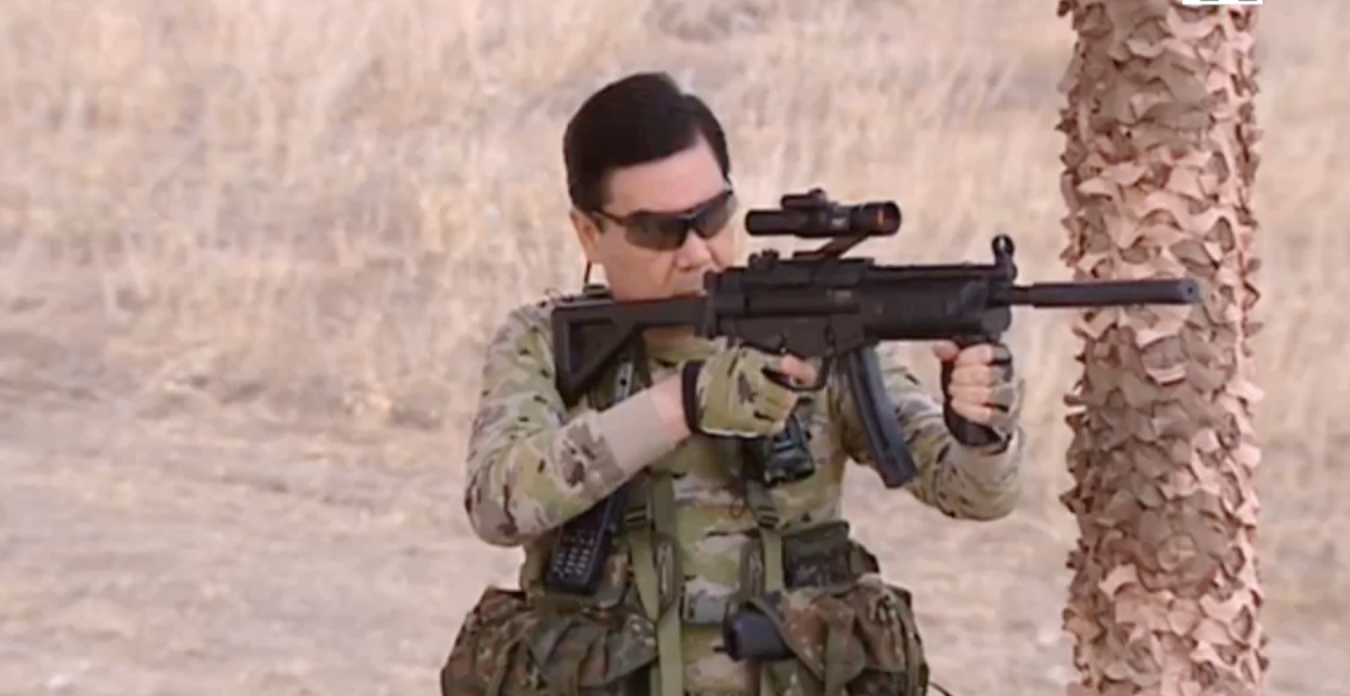 The head of Turkmenistan’s security services has been fired and substituted by the head of the army in a sweeping but mysterious reshuffle of top-level security officials.

Turkmenistan’s state news agency reported on June 13 that Dovrangeldy Bayramov was also demoted from colonel to major. All that was given by way of an explanation for the dismissal was that Bayramov, who had held the post since April 2016, had committed “serious shortcomings in his work.”

The new head of the National Security Ministry, the successor agency to the KGB, is Yaylym Berdiyev, who leaves his post as Defense Minister.

In a sign of the apparent esteem with which President Gurbanguly Berdymukhamedov regards Berdiyev, the state news agency made a point of a noting that the pair traveled by bicycle together to the State Security Council meeting where all these reshuffles were announced.

Meanwhile, the head of the border service, Begench Gungogdiyev, was appointed to head the Defense Ministry, a job he already held from 2011 to 2015. To complete the musical chairs of appointments, the deputy minister for defense, Shadurdy Durdiyev, will take over the border service.

The head of the Interior Ministry, Isgender Mulikov, might be the only person in Turkmenistan’s security bloc deemed to be doing his job correctly. Not only did he hold onto his post, but he was also promoted from General-Major to General-Lieutenant. He has been subjected to presidential ticking-offs in the past, however, so there may be no room for complacency.

Bayramov has been on the skids from quite some time. He was issued with a severe final warning by Berdymukhamedov on May 30 for “permitting shortcomings in the enlistment and appointment of personnel.” He was previously chastised in October 2016 for failure to “fulfill his professional responsibilities and weak control over departments under his control.”

Whatever Bayramov did to get his marching orders, it must have been bad as he has been circulating among various top positions in Turkmenistan for several years now. At one point he was head of the migration service, a sensitive position in a country where movement of people is closely monitored. After that, in August 2015, he was appointed chief of the customs service.

Some potentially intriguing tittle-tattle came via a reader of the exile-run website Chronicles of Turkmenistan, who predicted the firing hours before it was announced. The same reader claimed that a department head serving under Bayramov who is allegedly in charge of the now-highly unstable currency black market was arrested and found to have stashed away $27 million at his home.

Whatever the cause of the reshuffle, it shows Berdymukhamedov displaying a telling lack of confidence in the officials responsible for enforcing the police state that has so far prevented the deepening economic crisis from spilling over into shows of disruptive public discontent. If the currency trading rumors were ever proven, it would reveal the startling truth that not only are members of the security services not working in the interests of stability, but that they appear to be profiting handsomely from the country’s inexorable meltdown.