The issue became hotter following the January 11 summit in Moscow between the leaders of Armenia, Azerbaijan, and Russia, when the Armenian side walked away having failed to secure the prisoners’ return. 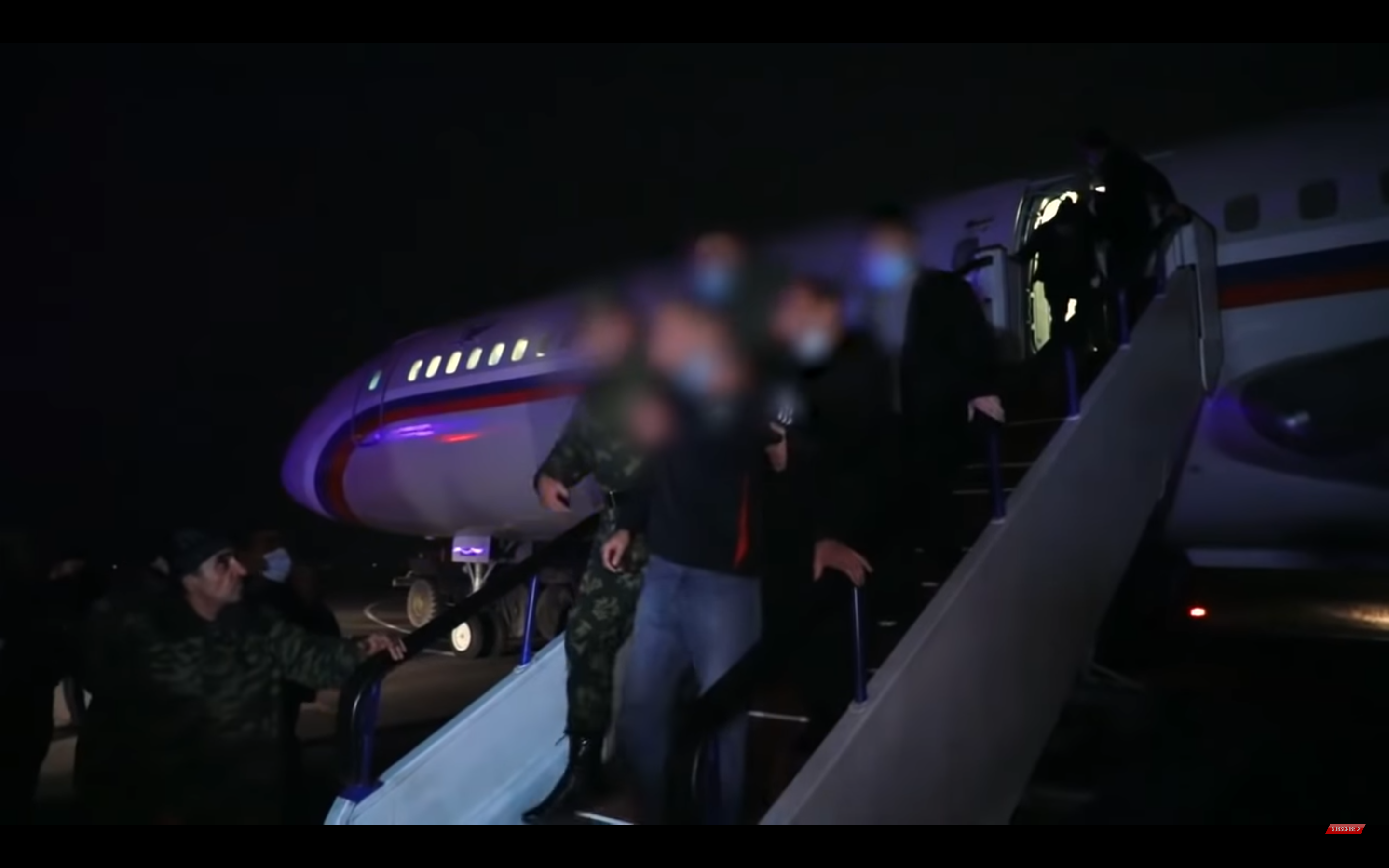 More than two months after the fighting stopped, Azerbaijan still holds unknown dozens of Armenian prisoners of war – and the numbers are growing. Their unclear fate has become one of the most sensitive and politically controversial questions in post-war Armenia.

The number of prisoners of war that Azerbaijan continues to hold is being kept secret by both sides, and estimates vary. Human rights defenders have appealed to the European Court of Human Rights about roughly 200 prisoners. So far, 54 Armenians, both civilians and soldiers, have returned from Azerbaijani custody as part of exchanges between the two sides.

But additional Armenian soldiers were captured following skirmishes in mid-December, after the ceasefire. Azerbaijan says there were 62 captured in the fighting and that it doesn’t consider them to be POWs but members of a “sabotage group” which it intends to try in Azerbaijan on criminal charges.

Among the prisoners: a recent Lebanese-Armenian emigrant to Shusha in Nagorno-Karabakh, Maral Najaryan, who went missing in the final days of the war. Najaryan’s sister, Ani Najaryan, told the Armenian service of RFE/RL that she was a civilian who had moved to Karabakh after the massive explosion in Beirut. Azerbaijani media have portrayed her Lebanese origins as evidence that she was a “mercenary” fighting for the Armenian side.

The Russia-brokered November 10 ceasefire statement calls on the two sides to return prisoners of war and other detainees, and Armenian officials have accused Azerbaijan of effectively keeping the prisoners as hostages.

“All of this is being done to cause mental suffering to the families of the captives and to the Armenian society in general, to play with the emotions of the Armenian people, and to keep the atmosphere tense,” wrote Arman Tatoyan, Armenia’s human rights ombudsman, in a January 11 Facebook post.

The issue got even hotter following the recent meeting in Moscow between the leaders of Armenia, Azerbaijan, and Russia. The three sides agreed on a new transportation deal but Armenian Prime Minister Nikol Pashinyan was forced to admit that “Unfortunately, we did not solve the issue of prisoners of war today, and it is the most sensitive and painful issue.”

Pashinyan’s many political opponents said the failure to do anything about the POWs was a failure of negotiating, and that Azerbaijan got what it wanted – the transport deal – and Armenia didn’t.

“The Armenian side wanted one thing from the meeting – an agreement on the speedy return of the prisoners of war, but that didn’t happen,” said Edmon Marukyan, the leader of the opposition Bright Armenia party, who is challenging Pashinyan’s leadership, the day after the Moscow meeting.

“Today, [Pashinyan] signed a deal that benefits Turkey and Azerbaijan and not Armenia. The most crucial issue for Armenia is bringing the POWs home and he failed to solve it,” said Gevorg Kostanyan, a member of the opposition Republican Party and a former Armenian representative at the ECHR, told the news website 168.am. “Nobody is negotiating with Pashinyan – they are presenting him a document and he is signing it.”

Pashinyan’s allies defended his negotiating, saying that the issue will be resolved quickly. “The president of Russia has in principle supported the Armenian position,” said Ruben Rubinyan, a member of parliament from Pashinyan’s My Step faction, in an interview with RFE/RL. “That specific issue [the return of POWs] in the ceasefire agreement must be implemented. The solution has been identified, it needs to be carried out as soon as possible.”