One was arrested, and both the Karabakh de facto leadership and the opposition in Armenia have come to his defense. 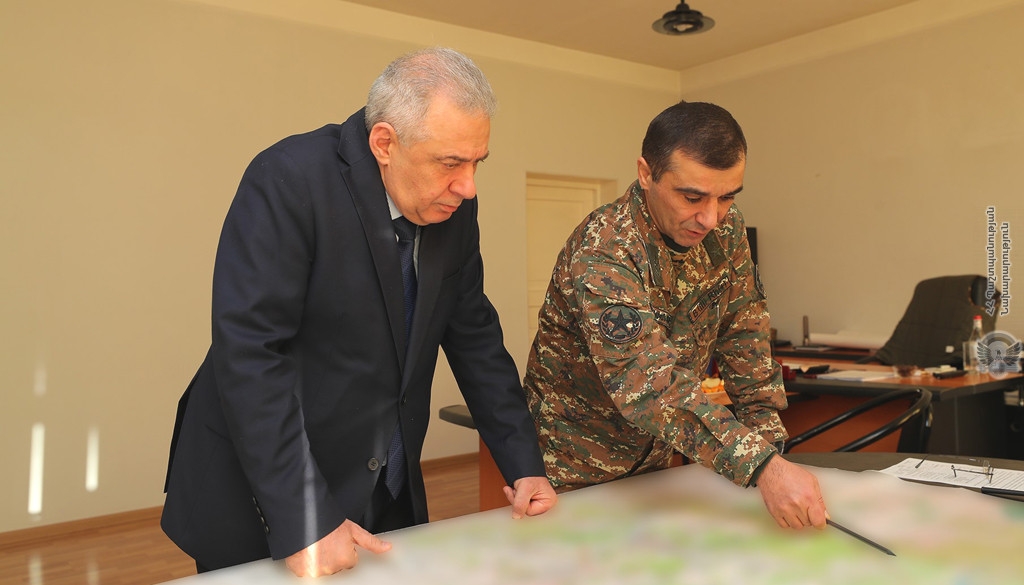 Two top commanders of the Nagorno-Karabakh armed forces have been indicted in Armenia, both accused of negligence in their conduct in the 2020 military defeat to Azerbaijan.

The charges have sparked controversy among Karabakh’s political elite and the opposition in Armenia, the latter accusing the government of trying to evade accountability for its own poor decision making.

On September 2, Armenia's Investigative Committee (IC) filed criminal charges of negligence against Jalal Harutyunyan, the chief commander of Karabakh’s armed forces for the first month of the war. He was seriously wounded in a missile strike on October 26, 2020, and after he recovered he was reassigned to head an Armenian military inspectorate. Following the charges, he has been suspended from service.

Three days earlier the IC had charged and detained Mikael Arzumanyan, who succeeded Harutyunyan after he was wounded. Arzumanyan also was charged with negligence; his indictment argued that his leadership resulted in “serious consequences” including the loss of material, territory, and soldiers’ lives. Police detained Arzumanyan, who is now an adviser to Karabakh’s de facto leader Arayik Harutyunyan (no relation to Jalal) immediately upon his entry into Armenia from Karabakh on August 30.

The IC indictment said that Jalal Harutyunyan had ordered two army units to launch an attack against Azerbaijani forces southeast of Nagorno-Karabakh despite the fact that they were outnumbered and lacked situational awareness and air superiority. The counteroffensive resulted in 20 soldiers killed and 19 tanks and eight howitzers destroyed, the IC said.

In its indictment of Arzumanyan, the IC said the commander “did not ensure the effective use of the troops’ combat capabilities” and “did not react flexibly and promptly to the changing environment.” It also said he failed to deploy a sufficient number of troops around Shusha, Azerbaijan’s main goal during the war.

Arzumanyan remains in detention in Armenia, where he faces up to 13 years in prison if convicted. The next day, the IC announced it had filed an additional charge of abuse of power against him. Arzumanyan reportedly denied the charges.

It hasn’t been reported how Jalal Harutyunyan has pleaded. If convicted, he would face four to eight years in prison.

Nagorno-Karabakh is a self-proclaimed independent republic, though it is not recognized as such by any other country, including Armenia. Armenia nevertheless provides heavy financial support to Karabakh and the two entities’ armed forces, while nominally separate, are tightly linked with one another. Both Harutyunyan and Arzumanyan are Karabakh natives but carry Armenian passports.

Opposition figures in Yerevan accused the government of trying to draw criticism away from Prime Minister Nikol Pashinyan, whom they blame for the disastrous defeat.

"Nikol needs scapegoats," Hayk Mamijanyan of the opposition bloc I Have Honor told the Yerkir Media TV channel, commenting on the charges against Harutyunyan.

Last year, opposition figures accused Pashinyan himself of ordering the counteroffensive that is the subject of Harutyunyan’s indictment; Pashinyan denied it.

Seyran Ohanyan, a former defense minister of Armenia and now an opposition member of parliament, said that Harutyunyan and Arzumanyan were being charged with decisions that were made at higher levels. “The main responsibility for this war lies with the authorities of Armenia and the prime minister,” he said.

On September 6, several members of the parliament of Nagorno-Karabakh filed a petition to the IC of Armenia asking them to release Arzumanyan. It asked the Armenian authorities to "change the detention into another preventive measure that doesn't require him being under arrest."

A spokesperson for Arayik Harutyunyan, Lusine Avanesyan, said the de facto leader had no prior knowledge of Arzumanyan’s arrest and defended his military conduct.

"The president considers General Arzumanyan one of our best military commanders with a glorious past,” Avanesyan told the news agency Artsakhpress on August 30. “His efforts during the 2020 war are undeniable. He took command of the army only 12 days before the end of the war, but he made great efforts to conduct military operations effectively.”

A group of parents of the 20 soldiers who died in the counteroffensive under question have filed a lawsuit asking prosecutors to investigate Pashinyan for his role. Their lawyer, Liparit Simonyan, argued that Harutyunyan should be detained as well. "With his authority, his influence, he can be an obstacle to the investigation," Simonyan told RFE/RL.