While the country continues easing other COVID-19 restrictions, why has it not begun to allow travelers to cross the border by land? 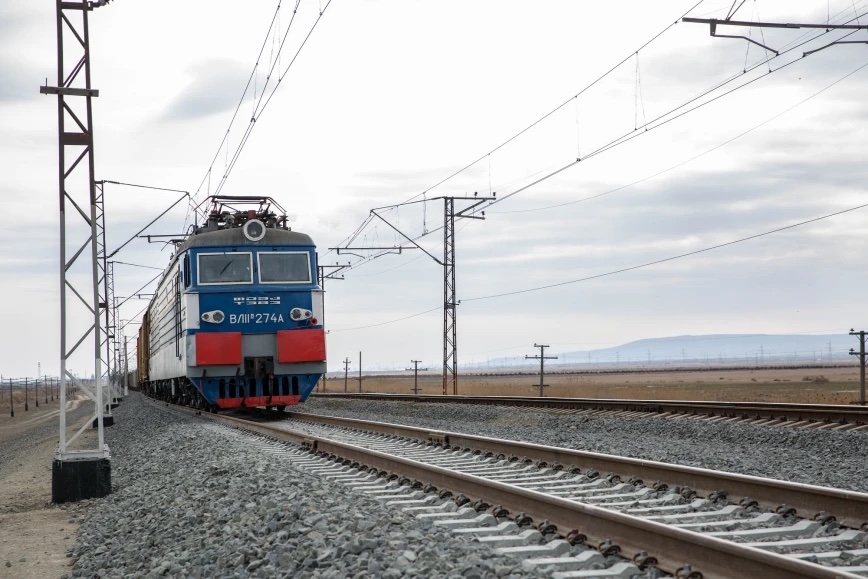 Azerbaijan's international passenger trains remain out of use more than two years after the start of the pandemic. (photo: Azerbaijan Railways)

More than two years after they were shut at the beginning of the COVID-19 pandemic, Azerbaijan’s land borders remain closed, even as all its neighbors have opened theirs.

The spread of COVID in Azerbaijan has been stemmed, and Azerbaijanis who used to rely on the border are increasingly complaining about the closures. While rumors have been flourishing about a potential reopening, land travelers are still out of luck.

"Amir Abdollahian stressed that it is necessary to open the land border between Iran and Azerbaijan, given that both countries have taken the situation with the coronavirus spread under control,” according to a readout of the call from Iran’s foreign ministry. "I hope that after the decision of the Task Force under the Cabinet of Ministers of Azerbaijan, the land border will be opened soon,” Bayramov reportedly replied.

Azerbaijan’s own readout of the call did not mention anything about the border.

Since the middle of April, Azerbaijani media has been reporting that the government would open the border as of May 1. Stories headlined “Azerbaijan opens its land borders - the date is known” have been published in a dozen outlets, including pro-government ones, with identical text despite the lack of official confirmation of the news.

“The discussions on the issue have been complete at the government level, and in the upcoming days the relevant body will have an official statement,” the articles claimed, referring to the Task Force under the Cabinet of Ministers, the body that has been managing the government’s COVID-19 policies since the start of the pandemic.

But with the promised date nearly here, and the Task Force regularly lifting other restrictions, there is yet no movement on the land border question.

Most recently, on April 22, the Cabinet of Ministers adopted a decision to abandon the requirement to wear face masks indoors starting on May 1.

Meanwhile, the country’s COVID-19 numbers have been trending favorably for some time. The most recent data from the Task Force, on April 29, showed 13 new infections in the country and no deaths from the disease.

Azerbaijan closed its borders with Georgia, Iran, Russia, and Turkey in March 2020, when the pandemic hit. Thus far it has only reopened the crossing at the narrow 13-kilometer land border between Turkey and Azerbaijan’s Nakhchivan exclave. The borders with the three other countries remain closed, and the border with Armenia has been shut for nearly 30 years due to their ongoing conflict.

All Azerbaijan’s neighbors have long reopened their land borders, and Azerbaijanis have been wondering why their government hasn’t followed suit.

In March, more than a thousand Azerbaijanis were stuck on Azerbaijan’s northern border, many forced to sleep in the snow, as they tried to flee Russia after it was hit by international sanctions due to its invasion of Ukraine. The situation was exacerbated by a suspension of air traffic between the two countries which was lifted only on March 21.

Residents of border communities, whose economies depend on cross-frontier traffic, have been particularly vexed by the lingering closures.

People in the village of Yalama, close to the border with Russia, used to earn money by cooking food and selling it to passengers on trains passing through. “Trains were our ‘bread trees,’” one resident told RFE/RL. “We used to take over whatever grows in our yards and whatever we cook – be it kata [a pastry with greens], dovgha [a yogurt soup], bread – we’d sell them and make a living,” one woman said. “Now we haven’t been able to make ends meet for two years.”

Shuttle traders on Azerbaijan’s southern border with Iran also have complained that their business has been taken over by larger firms; truck drivers can cross the border even as ordinary citizens can’t.

The fact that the only way for ordinary citizens to get in and out of the country is by air has led some to speculate that the closed land borders are a money-making scheme for powerful people.

Currently, tickets between Baku and Tbilisi on Azerbaijani low-cost carrier Buta cost from $65 to $140, depending on the passenger’s luggage. By comparison, before the pandemic, train tickets to Tbilisi cost from $10 to $18, and buses only around $8.

“Our compatriots living in Russia, Georgia, and elsewhere for various reasons often have to travel to Azerbaijan,” prominent oppositionist Tofig Yagublu, himself originally from Georgia, said on Facebook, speculating that the airline is connected to the ruling family. “Why are these people doomed to pay expensive ticket prices to have to use these carriers?”